Oladipo says he will be back later this month

Pacers star has been out one year 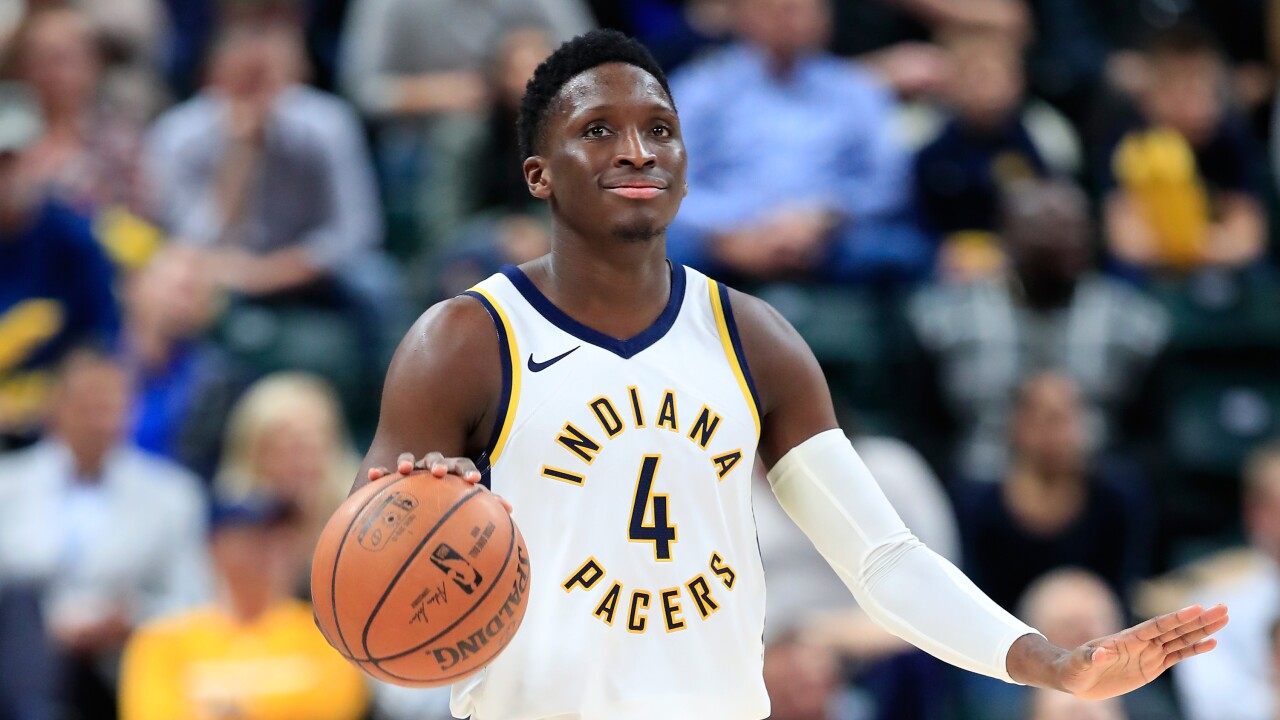 Andy Lyons/Getty Images
INDIANAPOLIS, IN - NOVEMBER 05: Victor Oladipo #4 of the Indiana Pacers dribbles the ball against the Houston Rockets at Bankers Life Fieldhouse on November 5, 2018 in Indianapolis, Indiana. NOTE TO USER: User expressly acknowledges and agrees that, by downloading and or using this photograph, User is consenting to the terms and conditions of the Getty Images License Agreement. (Photo by Andy Lyons/Getty Images)

Oladpio made the announcement in an interview with Stadium Sports Network Wednesday and the Pacers quickly confirmed the development.

"This is something I look forward to after 12 months of wondering and hoping and not being sure, and 12 months of the unknown," he said in the interview.

He has been out since January of last year after suffering a torn quad knee tendon. At the time, Oladipo was averaging 18 points per-game.

Without Oladipo, the Pacers were eliminated from the first round of the playoffs.

This year, after making some off-season changes, Indiana has gotten off to a strong start, despite not having Oladipo in the lineup.

The Pacers are 23-14 and in sixth place in a crowded field of Eastern Conference teams.

This is a breaking news story and will be updated as more information becomes available.