Pacers down 0-2 in playoff series following loss to Miami 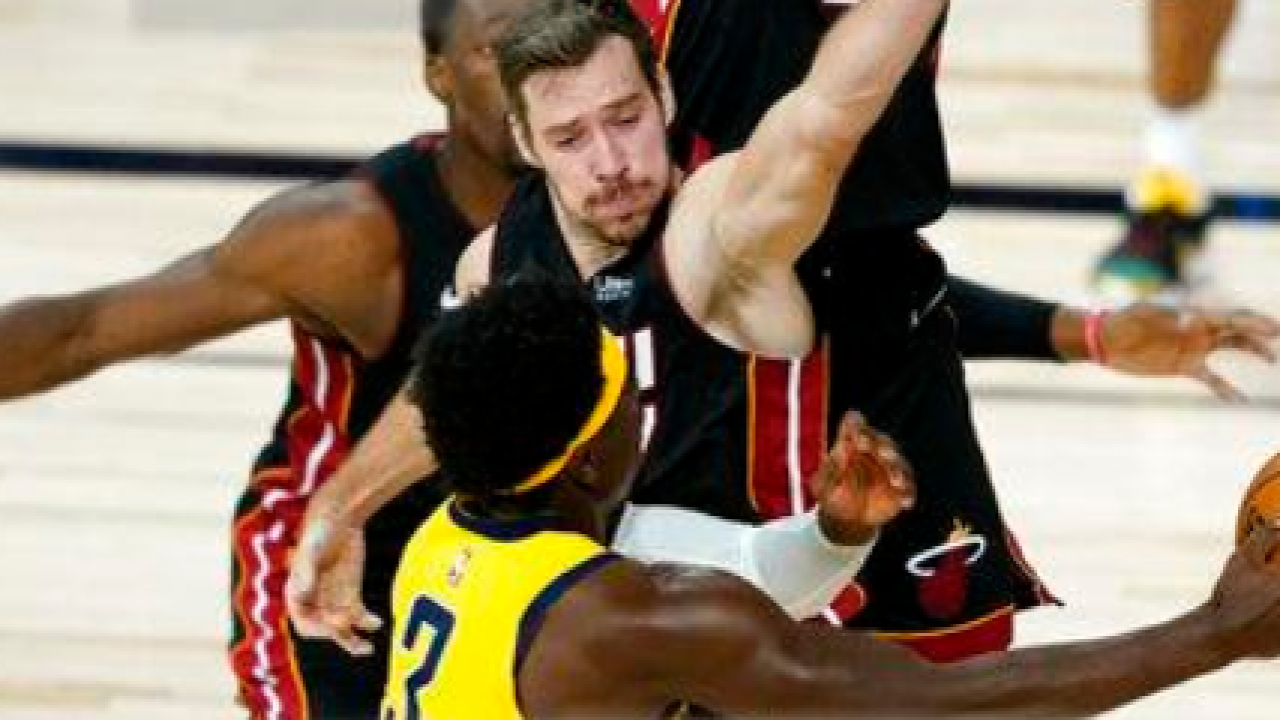 ORLANDO — The Pacers have dug themselves a hole in their best-of-seven first round playoff series with Miami.

The Pacers were very much in the game at halftime, down by just five. But they let Miami take control in the third quarter, with the Heat going up by as many as 16 points. Indiana was not able to mount a serious challenge after that.

All Pacer starters were in double figures, led by Victor Oladipo with 22 points.

Duncan Robinson was high man for Miami with 24.