Pacers get balanced scoring in 108-104 win against Rockets 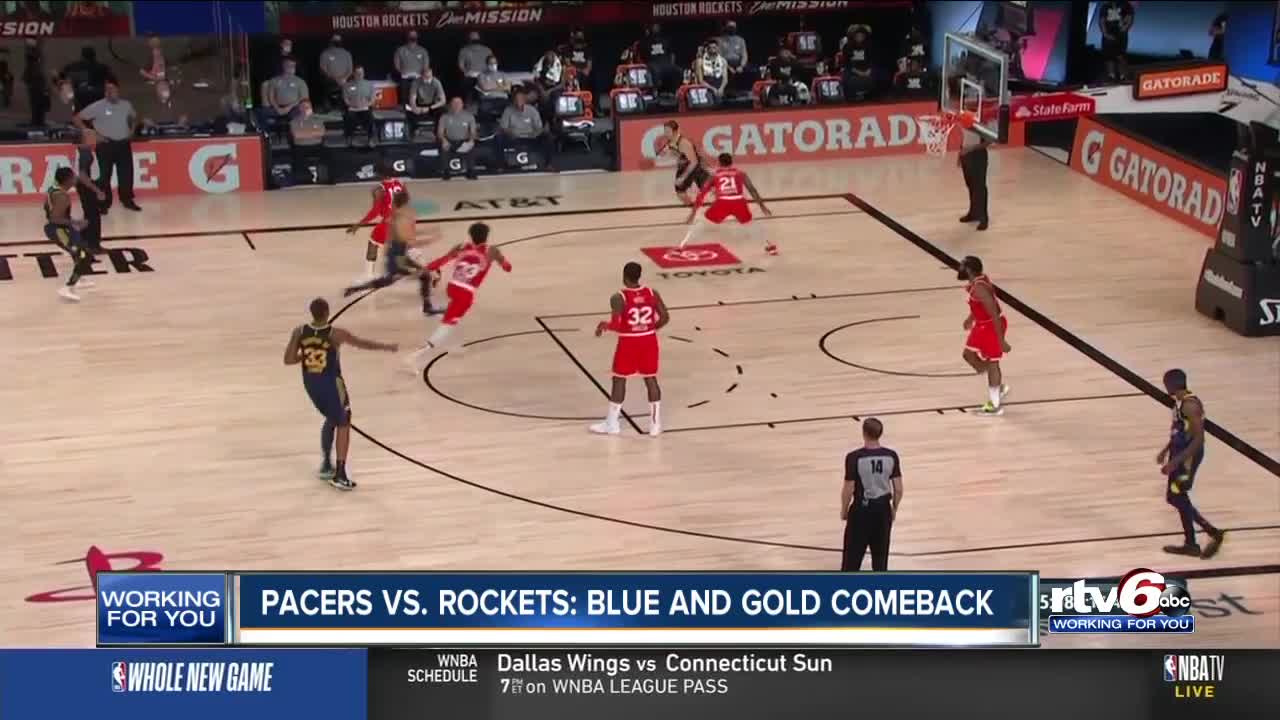 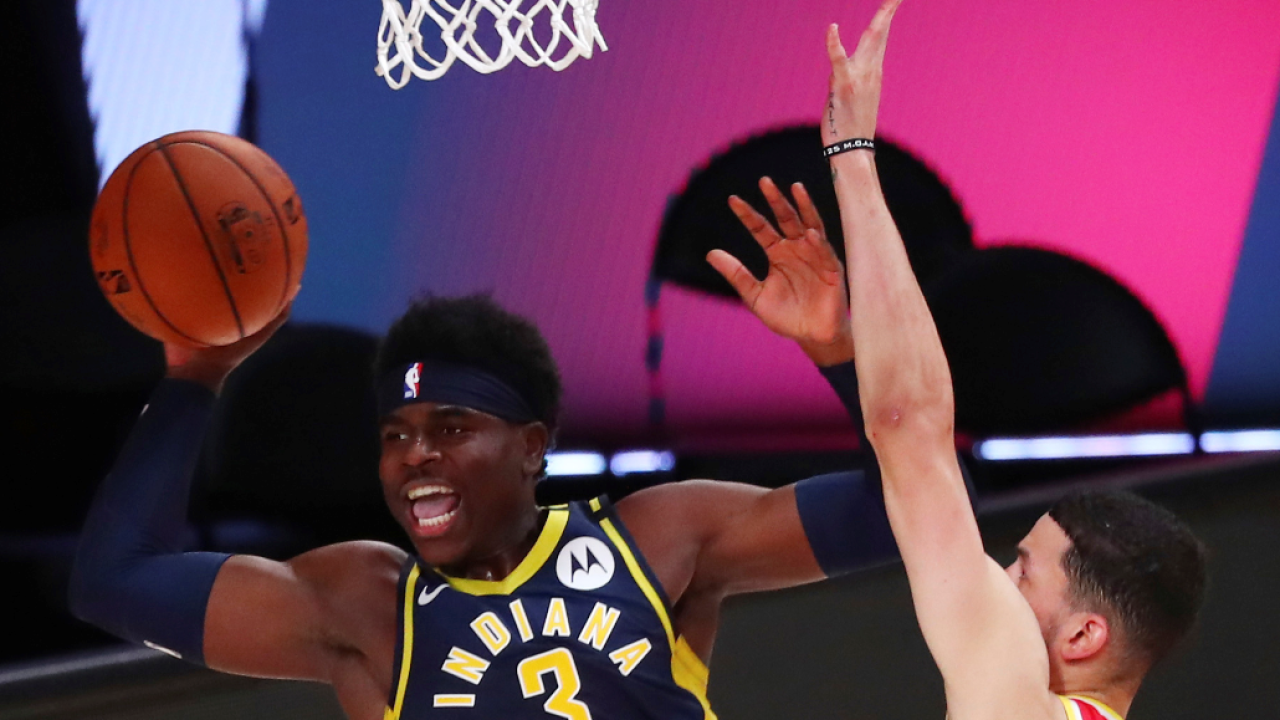 ORLANDO — The Pacers held off a late Houston comeback attempt for a 108-104 win Wednesday in Orlando.

The victory is the fifth in seven games for Indiana since the NBA restart, and they did it without top scorer T.J. Warren who was nursing a foot injury.

Instead, Indiana got very balanced scoring from five players. Myles Turner and Justin Holiday each had 18 points. Edmond Summer finished with 17, and Victor Oladipo and Doug McDermott both had 16.

The Pacers also out rebounded a team for the first time since the restart, with a 54-49 advantage. Turner had 12 of the rebounds.

Indiana trailed by 15 early, but had a one point lead at the half and was up by two heading into the final period.

With five minutes left and the Pacers leading 104-90, Indiana appeared to have the game in hand. But the Rockets pulled to within two points with 27 seconds left, before Justin Holiday hit a pair of free throws to seal the win.

Indiana plays its final regular-season game on Friday against Miami. Then its on to the playoffs.