Pacers survive one last gasp by Bulls for win at Chicago 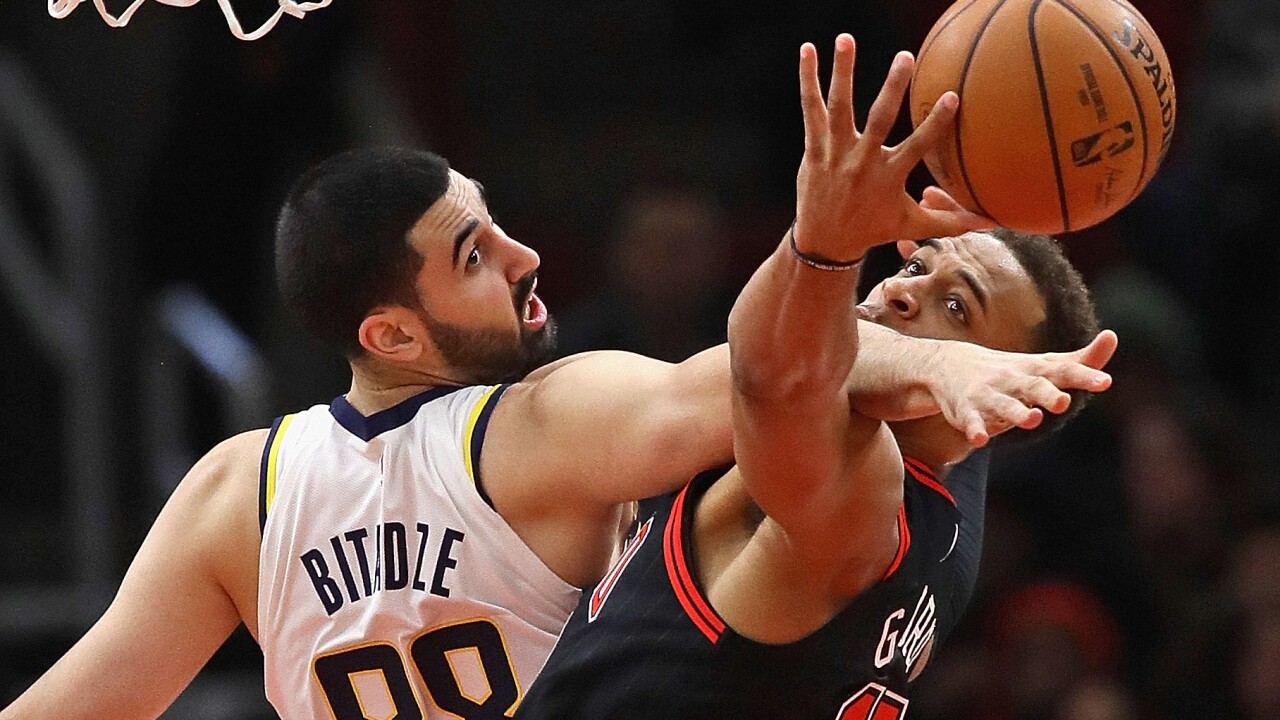 Jonathan Daniel/Getty Images
CHICAGO, ILLINOIS - JANUARY 10: Goga Bitadze #88 of the Indiana Pacers knocks the ball away from Daniel Gafford #12 of the Chicago Bulls at the United Center on January 10, 2020 in Chicago, Illinois. NOTE TO USER: User expressly acknowledges and agrees that, by downloading and or using this photograph, User is consenting to the terms and conditions of the Getty Images License Agreement. (Photo by Jonathan Daniel/Getty Images)

CHICAGO — The Pacers, playing short-handed, survived a late-game comeback attempt by the Bulls for a 116-105 win at Chicago Friday.

Indiana was up by 16 points with six minutes to play when the Bulls suddenly caught fire. Chicago cut the lead to four with three minutes left, but that was as close as it would get.

Besides Victor Oladipo, who plans to return at the end of the month, the Pacers were without starters Malcolm Brogdon and Domantas Sabonis, who was a late scratch with a sore knee.

WIth Sabonis out, Myles Turner stepped up, finishing with 27 points and 14 rebounds. Indiana shot 56% for the game.

Zach Lavine had a big night for the 13-26 Bulls, finishing with 43 points.

The Pacers are now 24-15 and will next be in action Monday night at home against Philadelphia.