Pacers save best for final period in win over Warriors 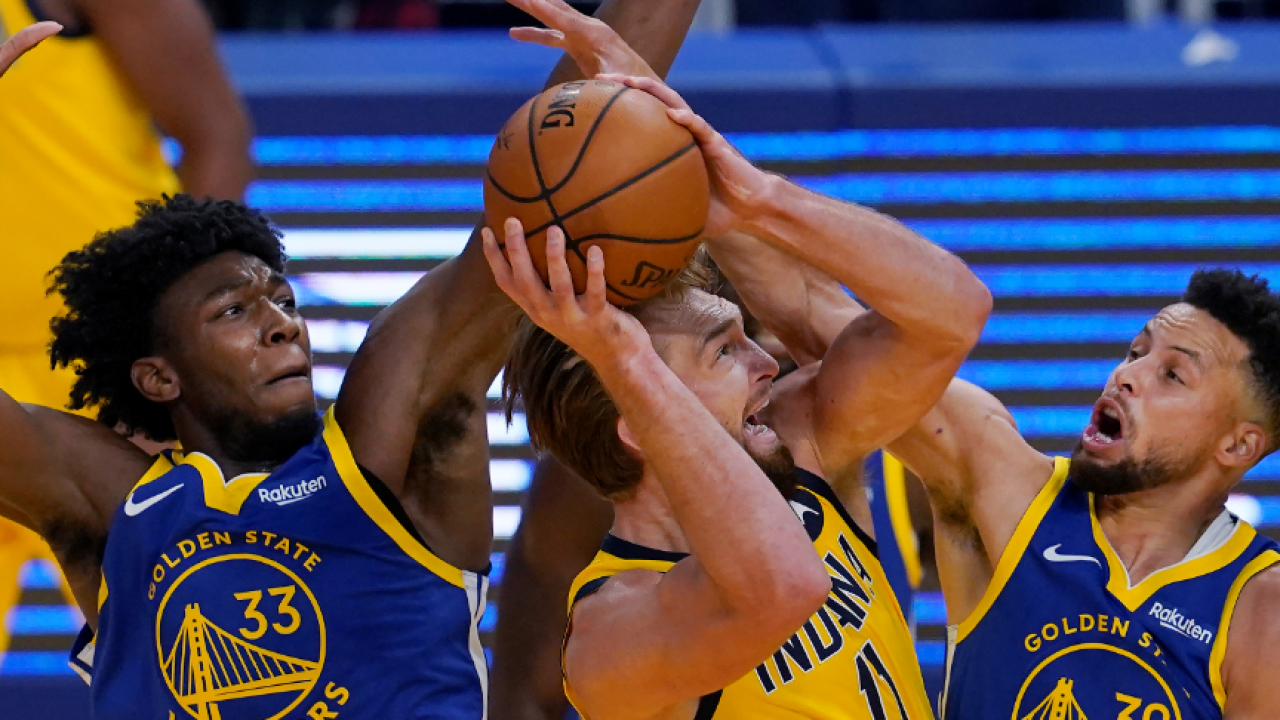 Associated Press photo.
The Pacers Domantas Sabonis gets off a shot against Gold State Tuesday.

SAN FRANCISCO — The Pacers saved their best for late in a 104-95 win over Golden State in San Francisco early Wednesday.

Playing for the second time in as many nights in California and without Victor Oladipo who was rested, Indiana was down by seven at the half and two heading into the final period.

The difference was a 16-2 run by the Pacers after the Warriors took a three point lead with less than six minutes to go in the fourth quarter.

Myles Turner had 22 points, 10 rebounds and four blocks to lead Indiana. Domantas Sabonis was close behind with 18 points and 14 rebounds. Off the bench, Aaron Holiday had 16 points and 12 assists.