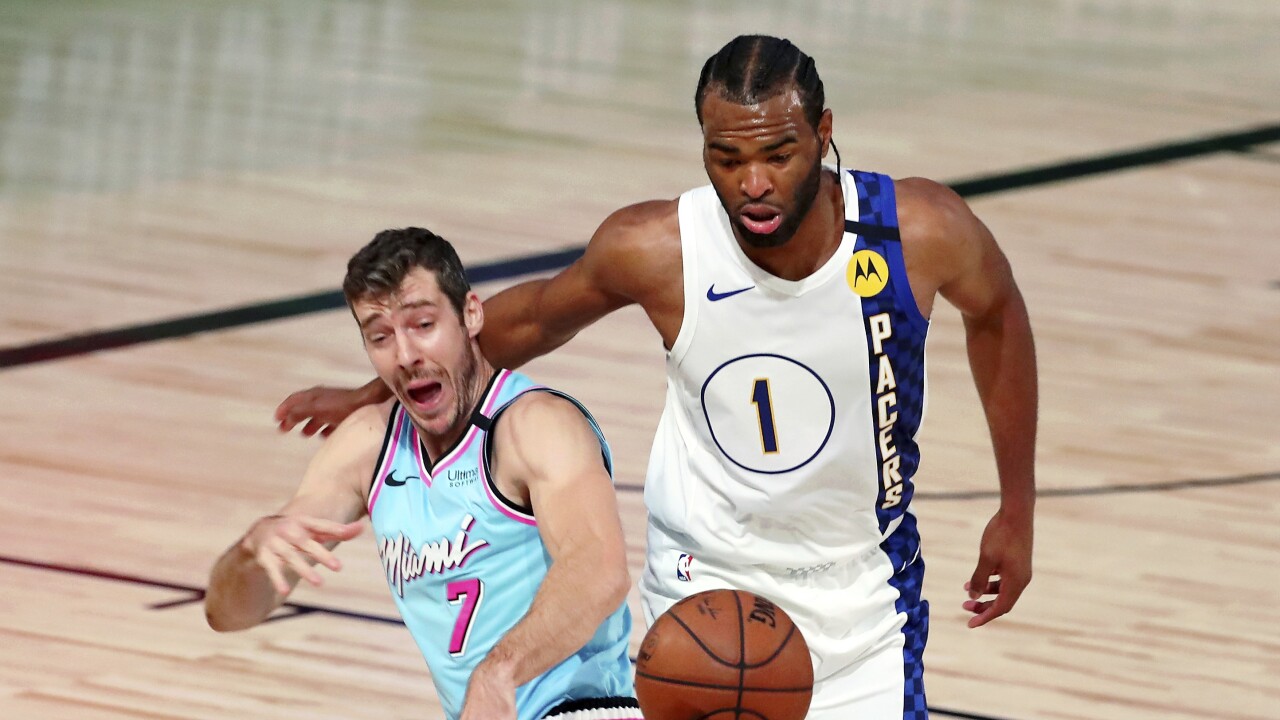 LAKE BUENA VISTA, Fla. (AP) — The last time Miami and Indiana met in the postseason, a trip to the NBA Finals was on the line and both franchises were clear championship contenders.

Don't tell either club that their looming first-round meeting isn't just as vital.

The fourth-seeded Pacers and fifth-seeded Heat will face off starting Tuesday in an Eastern Conference first-round matchup.

The rosters are almost entirely different from what they were in those 2014 East finals between the clubs.