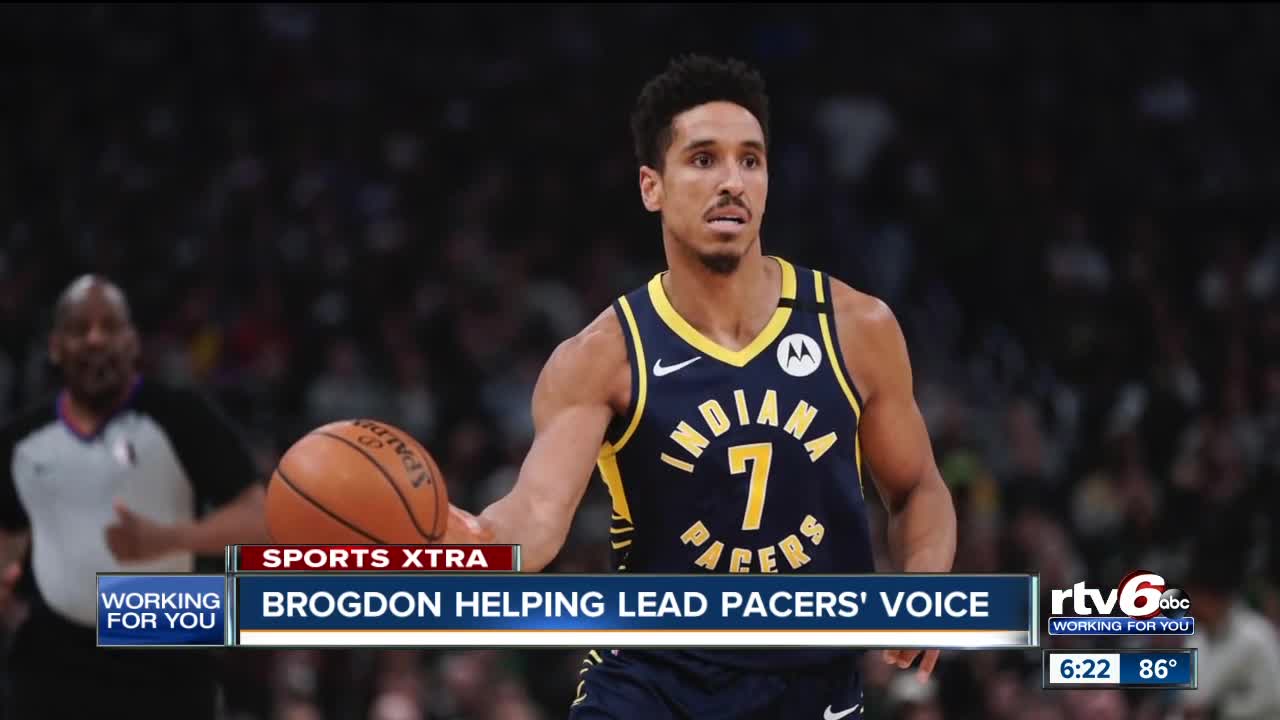 INDIANAPOLIS — Voices are coming from all around the country, some louder than others.

His grandfather once marched with Dr. Martin Luther King Jr. Growing up in Atlanta, no one was called to action any quicker.

"Learning that was as important as learning math and science," Brogdon said. "It was more important for me."

Brogdon has appeared on any number of television shows since then. Back in Indy, Pacers president of basketball operations, Kevin Pritchard, is listening and learning.

"I'm watching and talking to Malcolm Brogdon every day and he is a superstar," Pritchard said.

On the court, Pritchard knew exactly what Brogdon would bring when he was signed last offseason. He also had a sense of what he could do off it.

"When we first met him, when we signed him, we walked out of the first meeting with him and said, 'That guy's the president.'" Pritchard said. "He is truly a president."

And if you didn't know, that's his nickname. It's been that way since his rookie season in Milwaukee. Earlier this year, others in the organization were seeing why.

"I think it speaks to what people think about Malcolm," Pacers Coach Nate McMillan said.

"That's a perfect one for him," Justin Holiday said. "Personally, I wouldn't want to be the president. That's a lot of pressure."

"That's a cool nickname as long as you know the context," Brogdon said. "When President Obama was in office. That's why they call me the president."

Sounds like the former president, maybe has a few mannerisms and with the NBA season expected to resume July 31, Brogdon said it's an opportunity to amplify his voice.

"Right now with basketball I think we have the ability to make statements, to use our leverage to bring about whatever change we want while also playing basketball," Brogdon said.

A player known to hand out assists and an organization ready to accept them.

A drive for change is on.