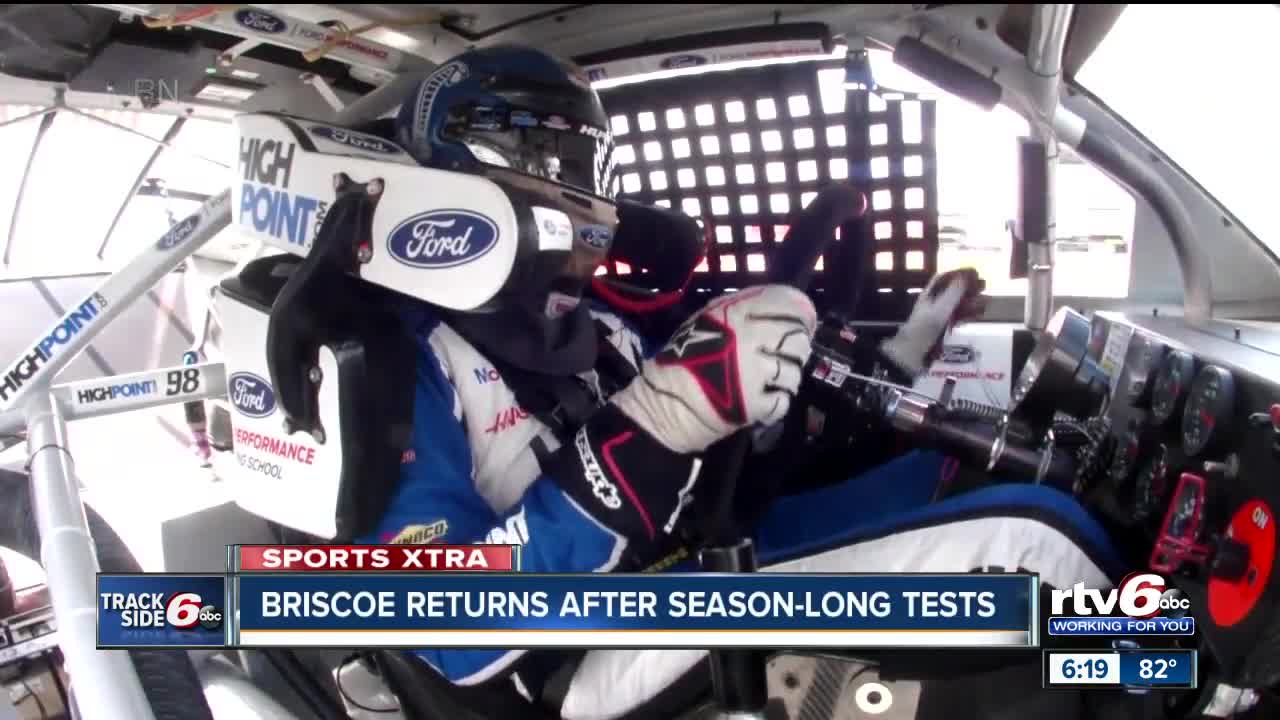 INDIANAPOLIS — It will be without fans but NASCAR's drivers are looking forward to Brickyard weekend at the Indianapolis Motor Speedway.

That includes an Indiana native who leads the point standings heading into Saturday's race on the speedway's road course. But, Chase Briscoe's season is also a testament to the power of perseverance.

If it was June in NASCAR's Xfinity Series chances are it was Indiana's Chase Briscoe. Two wins for the Mitchell native as he climbed back into the points lead.

"Yeah, it was good," Briscoe said of the month of June. "I felt like we gave away a couple of races but it was a good month."

In March, he and his wife, Marissa, shared the announcement that they were expecting a baby. In May, they shared the bitter news on social media — a miscarriage as Chase kept tabs by FaceTime while preparing to race at Darlington.

When you hear the words from the nurse, the doctor, that there's no heartbeat...

"To hear the doctor say what he did and then to see my wife's face and then for me to be three and a half hours away from home, time does stop," Briscoe said.

A couple of great faith, they wanted to in some way perhaps help others during their own difficult time. They see it as part of their testimony and the overwhelming amount of support they received is what they think about now.

"I can't imagine doing it all over again and not telling the world because just seeing those people that have reached out to give encouragement, we really didn't even realize how common it really was," Briscoe said.

Chase battled as hard as he ever has that week, holding off Kyle Busch to win one of the most inspired drives of his young career. The power of perseverance. The 25-year-old has shown it his entire career.

"I think a lot of that just comes from how I got to NASCAR from sleeping on couches for three years and volunteering at shops," Briscoe said. "I never thought I'd get an opportunity to get into a race car so every lap I'm trying to prove my worth in a sense."

Part of that is being from Indiana. It's a Hoosier thing.

And now it's back to Indiana, racing at the Indianapolis Motor Speedway for a second time but his first on the road course.

"It's gonna be bittersweet getting to race there without any fans," Briscoe said. "But, still we get to race at Indianapolis. It's a privilege and an honor any time you get to go there so I'm looking forward to going there and being a part of something new."

He'll miss the fans he's met on this journey but not the chance to turn a hot June into a smokin' July.