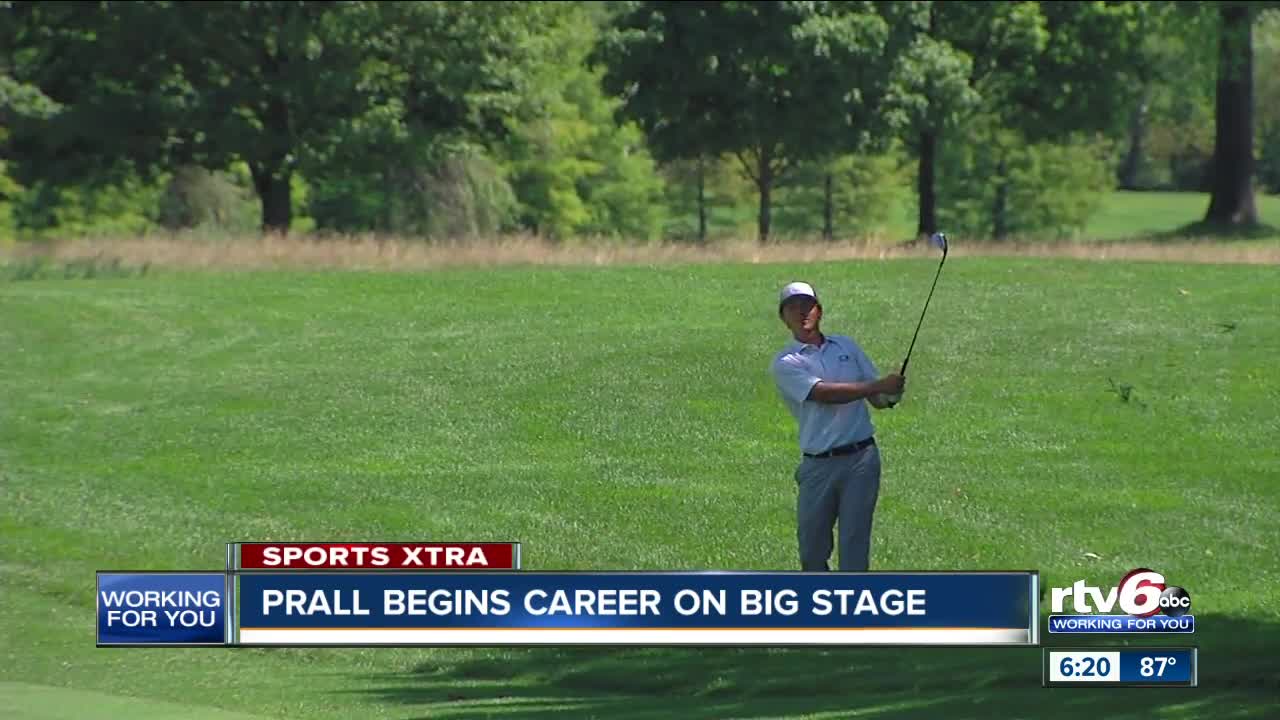 CARMEL — Pete and Alice Dye's Crooked Stick Gold Club has hosted its fair share of prestigious tournaments. This week add the Western Amateur, the third oldest amateur championship in the world, to that list.

This is also where you'll find Carmel's Luke Prall.

"I've heard this is like the Masters of amateur golf so it's pretty cool to have it on my home course and have the opportunity to play in it," Prall said.

Prall is used to the practice range here. Used to playing this course. And used to having dad around, even when the original path was thought to be baseball.

"I was a baseball player," Mark Prall, Luke's father, said. "I don't know if that had any influence on him as a kid."

"I was getting bored of baseball," Luke said. "I don't know. It wasn't my sport. I started to get into golf, started playing well and that gave me the motivation to keep playing well. Kept getting better and better. Here I am."

Luke started getting serious just five years ago. Along the way, he won last year's state Junior PGA championship and this spring was going after a third straight team title for Carmel High when the COVID-19 pandemic shut down all sports.

He's set to continue his career at Purdue taking every experience with him.

"I met Phil Mickelson's dad at the Ryder Cup at Valhalla and I said, this was in 2008, 'Any advice for a young father just trying to introduce the kid to the game?' And he said, 'Keep it fun.' So, that's kind of been our motto."

A sign of the times for the Western Golf Association asking everyone to stay six feet apart. No fans allowed. And Luke's path has only just begun. In many ways, the sky's the limit.

"I'd like to go pro," Luke said. "That's the ultimate goal. We'll see how I play in college. One day at a time or one tournament at a time."

It is truly an international field at Crooked Stick with 156 golfers entered so you can imagine the storylines but the idea is that Luke Prall's will be one for many years to come.