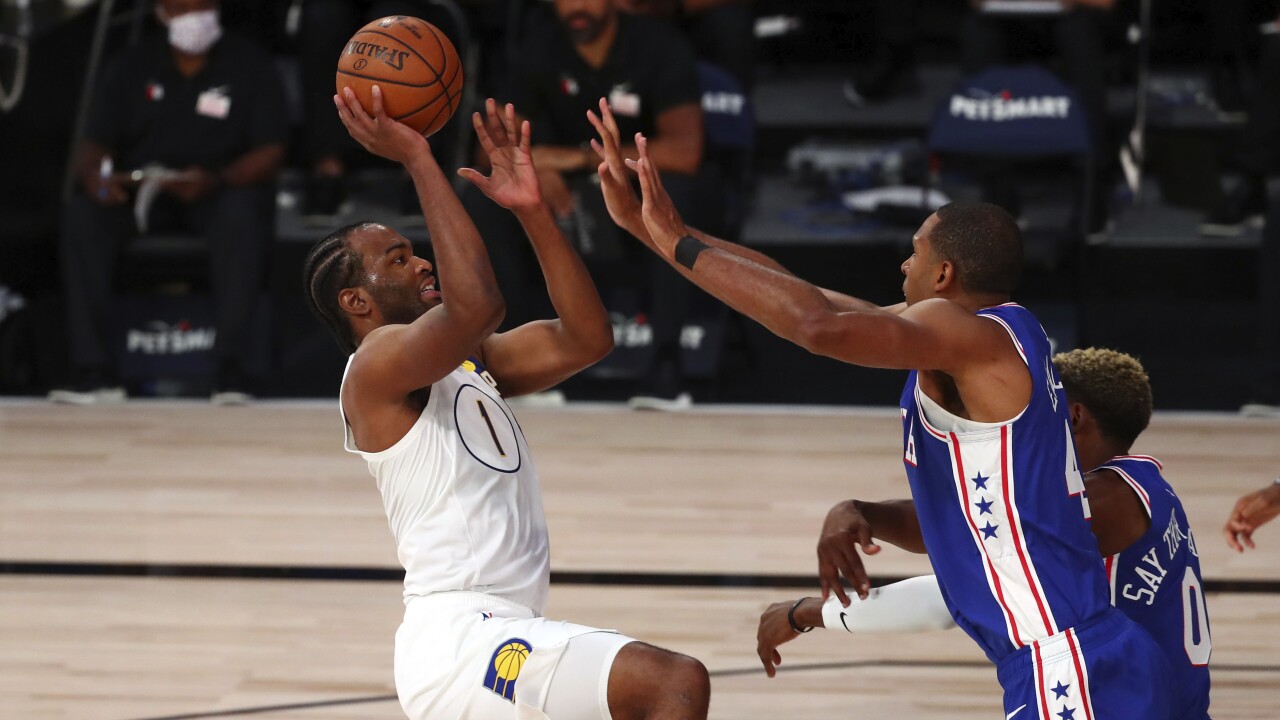 ORLANDO — T.J. Warren became only the fourth Pacer to score 50 or more points in a game Saturday against Philadelphia at Orlando.

Warren had a career-best 53 points as Indiana pulled out an impressive 127-121 win in the team's first regular season game since the pandemic shut down the NBA in early March.

Playing without Domantas Sabonis and Malcolm Brogdon, Indiana was out-rebounded 55-34. Philadelphia's Joel Embiid had 21 of the rebounds to go with 41 points.

The Pacers were down by six entering the final period and trailed by 10 with nine minutes left. But Warren scored 19 of his 53 points in the fourth quarter as Indiana climbed back to an eight point lead with two minutes to play.

Then, leading by just three with nine seconds to go, Warren hit a three pointer to secure the Pacer win.

Aaron Holiday and Victor Oladipo each had 15 points for Indiana.

It was the first of eight games for the Pacers heading into the playoffs, all played without fans in Orlando.

Indiana and Philadelphia were both 39-26 coming into the game. With the win, the Pacers remain in the fifth Eastern Conference playoff spot.

Indiana's next game is Monday afternoon against Washington.