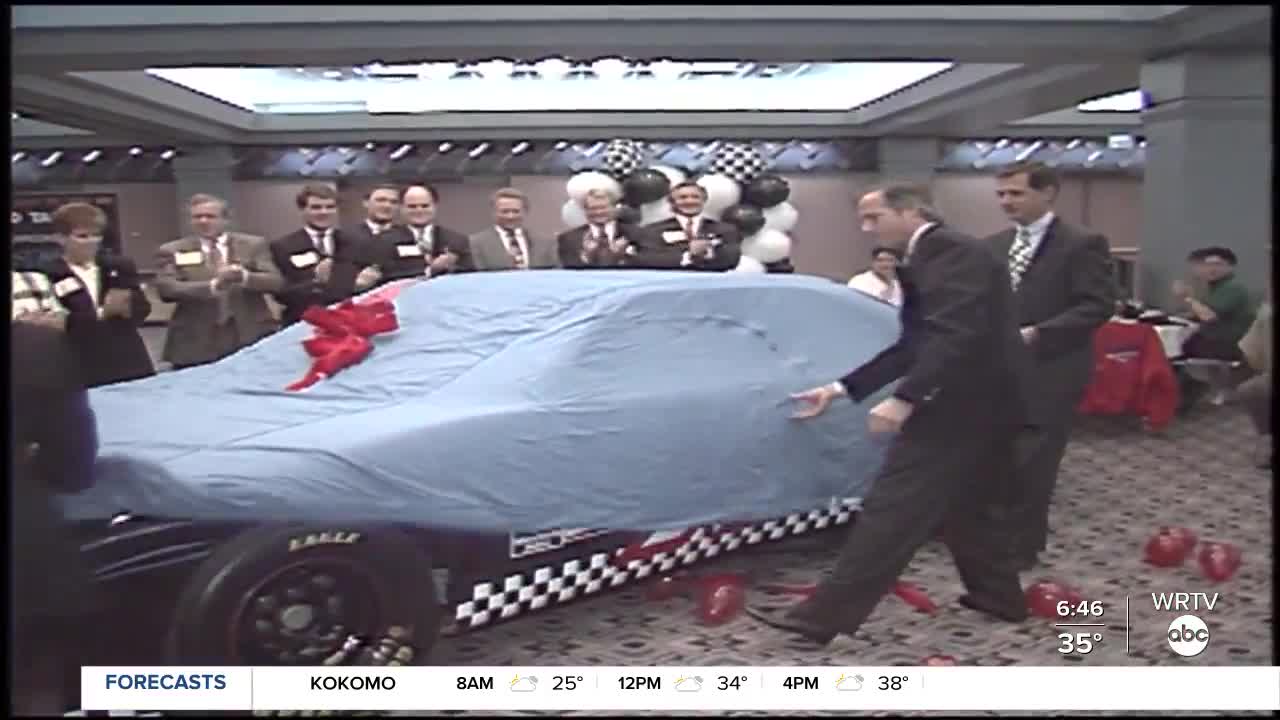 A vintage vehicle home to Indianapolis was found over 650 miles away.

INDIANAPOLIS — Underneath thick dust, hidden in a garage, a racing machine tied to racing history was found 653 miles from Indianapolis.

The 99 car is making its way back home to Indiana.

"Sometimes the chase is better than the find, but this being Indianapolis all over it—it's time to bring it home," Travis Bell, who found the vintage 99 race car, said.

Indy 500 champion Danny Sullivan was focused in 1994 on competing in the first-ever Nascar race at the Indianapolis Motor Speedway. Sullivan signed on several local companies, including WRTV, to sponsor the number 99, which was named "The Corporate Car of Indianapolis."

"It brought out the first caution flag in 1994, I'm was sitting in turn one, and the window blew out of the car and landed in the raceway, in the Speedway," Bell said. "I still have, somewhere, a piece of that broken window."

Bell was in the stands for the inaugural Brickyard 400. He saw Sullivan finish the race.

The 99 car was never seen again, and Bell wondered about its whereabouts. His friend Aaron Brown got a tip that led them to a garage in Southern Pines, North Carolina, east of Charlotte. Years of auto archaeology paid off, and Bell bought the number 99.

"Has never been repainted and appears like the day it came off the track," Bell said. "It would be great to see Danny Sullivan take another lap around the Brickyard in the 99."

The vehicle is currently being restored in North Carolina before heading to the Hoosier state.