Closing schools because of the cold isn't an easy decision; here's how it's made 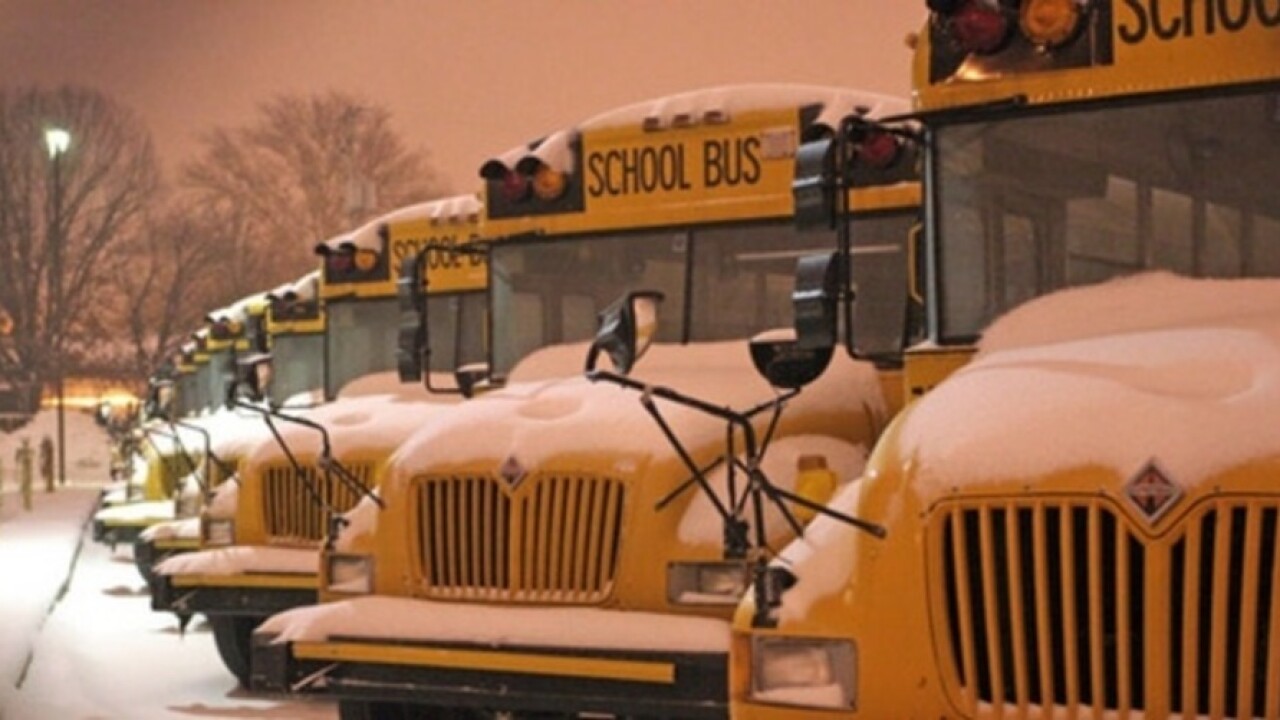 INDIANAPOLIS — Severely cold temperatures are expected in central Indiana on Wednesday and Thursday, which means schools have to make the difficult decision about whether or not it is safe for students to attend school

Making the decision to close or delay classes because of the weather is never easy and when it comes to closing because of the brutally cold temperatures it can get even trickier.

Many factors play into the district's decisions including:

Indianapolis Public Schools has a team of professionals who start their mornings early to help make the decision about whether or not it's safe for your student to go to school.

The decision to delay or close schools in Indianapolis is generally made by 5 a.m. so that the schools can get word out to families in the district by 6 a.m.

How the cold impacts school buses

The majority of Indianapolis Public Schools buses are propane -powered, according to the IPS Media Relations Coordinator, Carrie Black. "Consequently, they’re not nearly as impacted by the severe cold like diesel-fueled buses are," Black said.

IPS has a cold weather protocol to follow whenever inclement weather is predicted to happen. Mechanics are set to arrive at 3 a.m. and start all of the buses to make sure they're ready to go for drivers.

Is it safe to wait at the bus stop?

One of the key factors the school system considers is whether or not it is safe for your child to wait at the bus stops in the morning. IPS says there is no hard-set temperature cutoff that they use to determine whether a delay or cancellation should be in place, their team does consult a wind chill chart to determine how dangerous the cold might be.

As a general rule, if your student could get frostbite by standing outside for ten minutes, school would likely be canceled, but the schools reserve the right to make those decisions at less severe temperatures as well.

Why do some schools decide to cancel/delay while others don't?

Each district has their plan to determine when school should be canceled or delayed. In more rural areas, school districts have to consider where students live and the types of conditions they might be seeing that are different than many urban areas. There is no blanket answer for when to close school, but many districts have layed out their process online for parents and students to get a better idea of how they make those decisions.

You can read about IPS's process HERE.