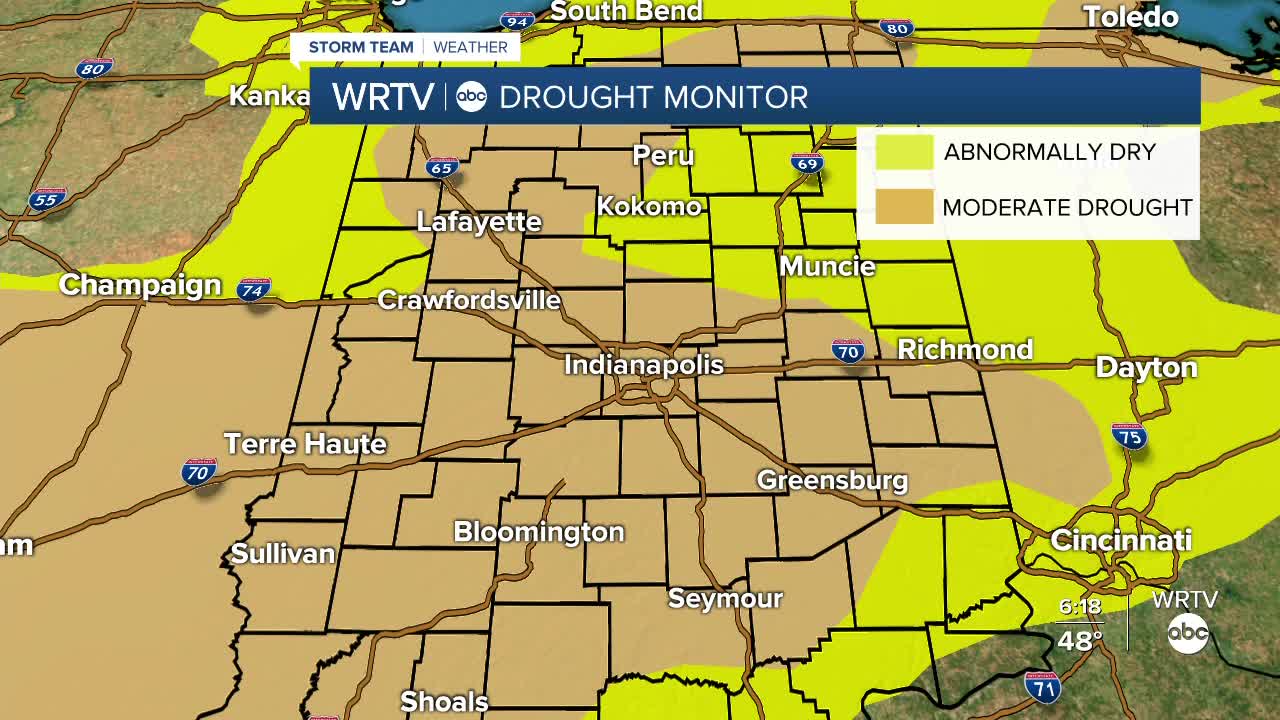 Our dry stretch has been record breaking.

Indy went a record 57 days with a tenth of an inch or less in the rain gauge. Since Sept. 1, our wet weather has only added up to about a third of an inch. That means we're still more than four inches below average for the period.

With all of the dry weather, it's probably no big surprise that moderate drought has expanded across most of central Indiana. Thursday's update shows only northeast parts of the WRTV area are holding off drought conditions, but even those spots are running much drier than normal.

Our luck may be changing for the wetter! Our weather pattern looks to be taking a bit of a more active turn. Rain chances, all be it low, return this weekend and last into early next week.

There's still a question as to where exactly the main system bringing us rain will set up. That will ultimately play a big role in rainfall amounts.

As of now, we could pick up another half to three quarters of an inch of rain over the next seven days. It's not drought-busting rain, but an improvement over the last couple of months.