Say so long to highs in the 70s and 80s.  We've flipped the weather switch to fall.  Now, it's all about digging out that fall weather wardrobe and talking about our chances for the first frost of the season!

There are a few weather factors that increase our chances of a frosty night.  First, (of course) we need temperatures in the 30s.  We have several of those on the way.  Second, clear skies lead the way in allowing those temps to tumble at night.  Finally, a light wind also helps.  This allows the coldest of the air to settle near the ground. 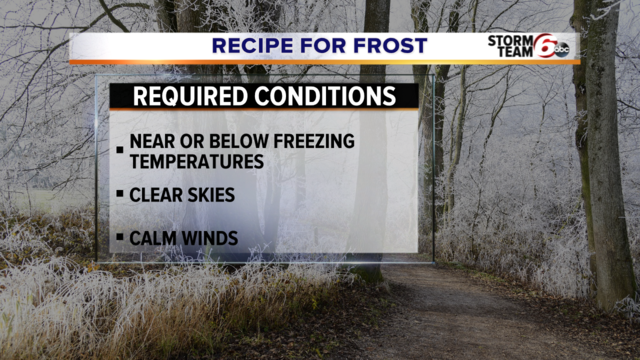 We have several of those elements in play tonight.  A Frost Advisory is in effect for Benton, White, Cass Warren, Tippecanoe, Carroll, Howard, Miami, Grant, Blackford and Jay counties overnight into Friday morning.  That's where temperatures will be coldest.  A bit of a breeze should keep frost from becoming too widespread overnight.

Chances are pretty good much of Central Indiana gets in on the first frost of the season between now and early next week. 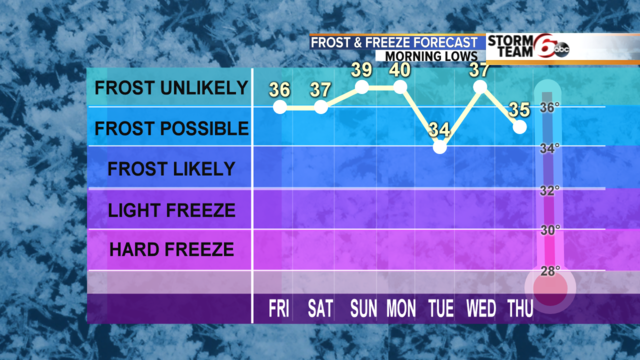 That's actually not far off from when we typically see our first frost.  The average for our first patchy frost is October 11th and widespread frost usually arrives by October 14th.