NWS says 4 tornadoes touched down in Indiana during Friday's storms 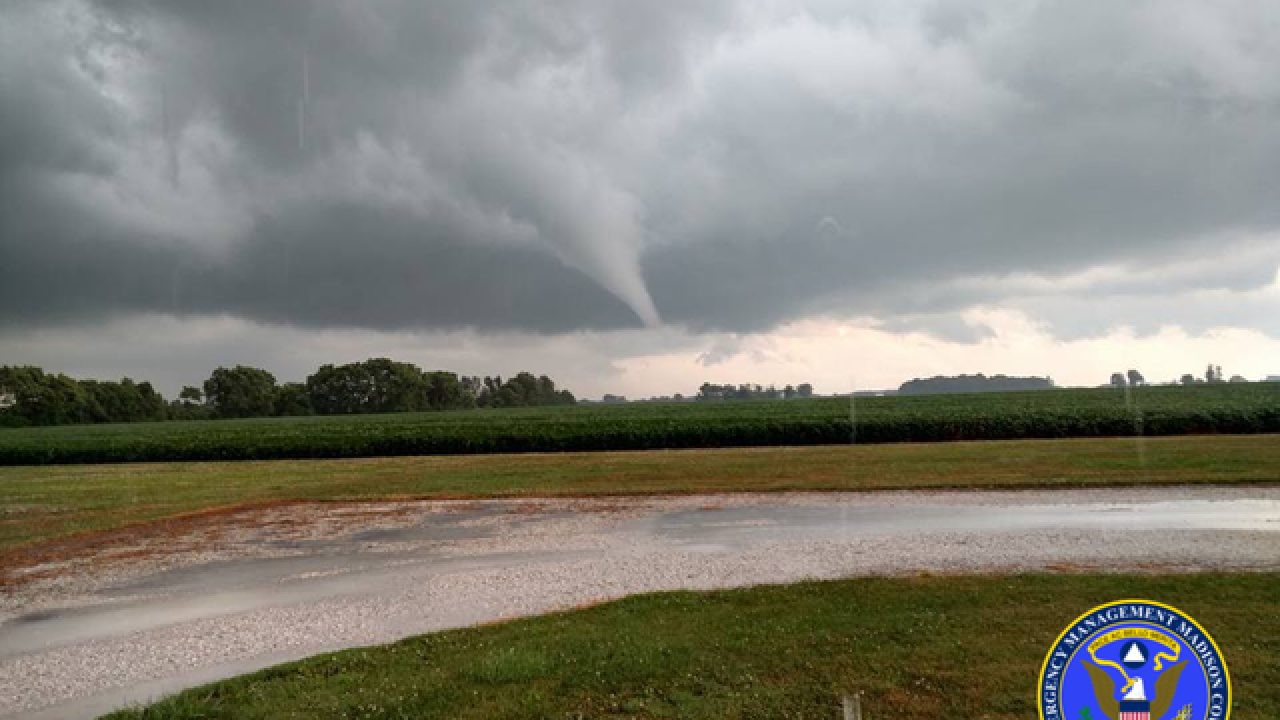 An EF-1 tornado with winds of 105 mph was previously confirmed in southern Indiana's Harrison County. State Police report 20 homes were damaged when that storm swept the Ohio River county on Friday.

An EF-1 tornado with winds of 100 mph also touched down Friday in central Indiana's Madison County, destroying a barn and damaging trees.

No injuries were reported in any of Friday's tornadoes.