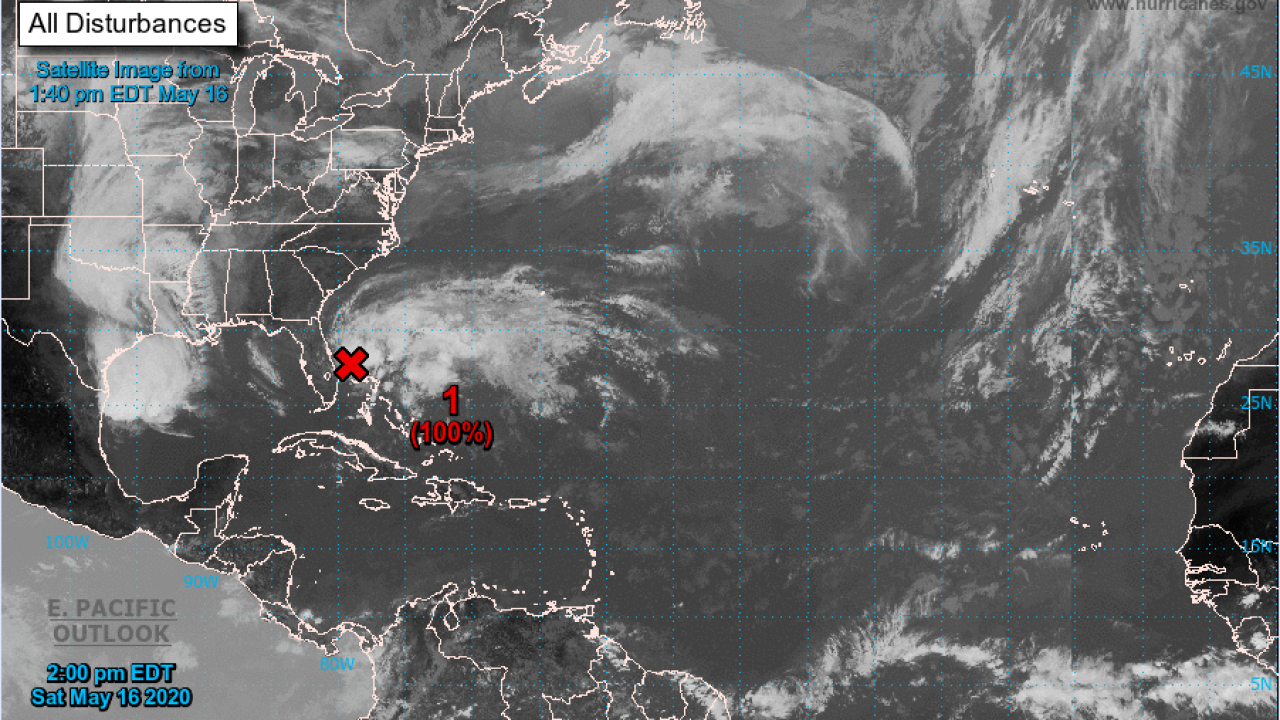 Meteorologists said data from Air Force Hurricane Hunter planes and satellite images show that the showers and thunderstorms associated with the system are gradually organizing.

Another Hurricane Hunter plane is scheduled to investigate the system Saturday night.

If the storm continues to become more defined, the hurricane center will reclassify it as a tropical or subtropical depression. If it becomes a storm, it will be named Arthur.

The disturbance has the potential to bring heavy rainfall to portions of east central Florida through tonight, forecasters said.

North Carolina residents should also be on alert.

"Interests near the North Carolina coast should closely monitor the progress of this system, as it could produce gusty winds and heavy rains there on Monday, and a tropical storm watch will likely be issued for that area later today," forecasters wrote Saturday afternoon.

Hazardous marine conditions will also spread north over the southeastern and mid-Atlantic U.S. coasts over the next few days, likely causing dangerous surf and rip currents.