Why did Marsh die? A hometown tale of bad business practices and a market it couldn't keep up with 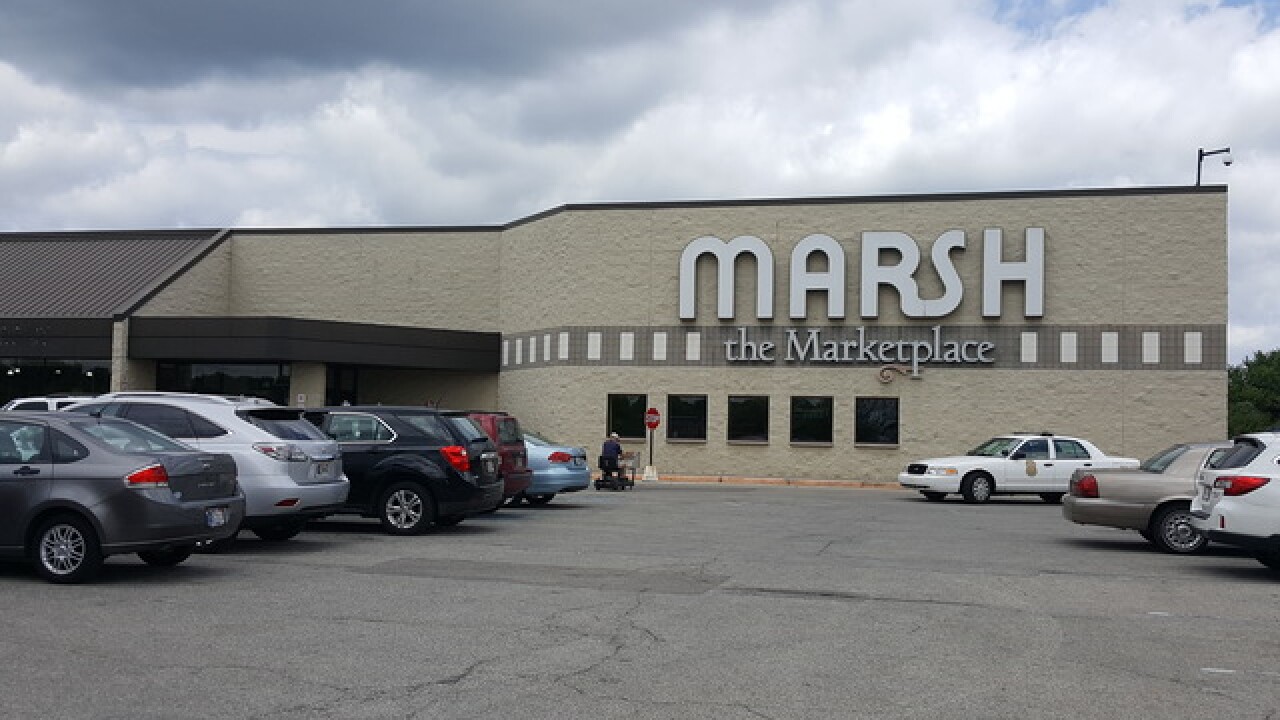 Copyright 2017 Scripps Media, Inc. All rights reserved. This material may not be published, broadcast, rewritten, or redistributed.
Matt McKinney
<p>The Marsh at 2350 Broad Ripple Ave. was not one of the 26 stores purchased at the auction, so it will close when the stock is liquidated. The liquidation began Thursday. Items at the supermarket were on sale for up to 30 percent off. </p>

INDIANAPOLIS -- When negotiating its lease for the downtown Indianapolis location on New Jersey Street, Marsh agreed to pay a percentage of its grocery profits as rent, instead of a flat rate.

This practice, outlined in bankruptcy court documents recently filed after the company sold 26 of its stores on the way out of the grocery store business, left Marsh paying thousands of dollars more than market value for the real estate.

And that is just one of many missteps the former Midwest grocery giant made on the way from industry leader to liquidation sale.

A Legacy Of Malpractice

First opening in Muncie in 1931, the supermarket chain grew under the eye of the Marsh family, beginning with Ermal Marsh.

The brand expanded to Yorktown, Indiana, adding a warehouse, distribution and office complex.

By 1959, Ermal Marsh had grown the company to more than 60 stores across the Midwest before his death in a plane crash.

A few years later, Ermal's son Don was named president, a role he would keep for nearly 50 years.

In the 1990s, Marsh branded itself as the "Supermarket of the Future," with the Marsh Fresh IDEA Card for discounted food and grocery home delivery in Indianapolis.

In 1995, Marsh unveiled ordering via fax machine. Customers would fax a toll-free number, then an employee would pick out the items they want.

The "Supermarket of the Future" title didn't last long.

On the verge of financial collapse in 2006, the Marsh family reign ended when president Don Marsh sold the business to Sun Capital Partners, but not before the company's chief financial officer received a $250,000 bonus amid a $3.4 million quarterly loss.

A few years after the sale, the company filed suit against Don Marsh, alleging he used company funds as his own.

"In February 2004, Mr. Marsh went to New Orleans, Louisiana during Mardi Gras to meet with a former female employee and another person, ostensibly to discuss the supermarket industry," the document reads.

In 2013, a jury found he was 50 percent responsible for the company's financial damage. He was forced to pay $2.2 million to his former business.

In a response to the lawsuit, he released a statement, saying, "The allegations are false and it is clear the out-of-state, venture capitalist group ownership is looking for someone to blame for their own poor business practices which have severely impacted the company I once proudly led."

The 2013 Don Marsh verdict came on the heels of an announcement of a new downtown Marsh store on Michigan Street, one of two new stores announced in an economic downturn that were supposed to be a grocery hub for the area.

Keeping Up With The Competition

Marsh's problems were extensive, but a microcosm can be found on Indianapolis' northeast side.

The Marsh at Keystone Avenue and 53rd Street closed on Saturday, January 28, 2017.

It was the city's first Marsh location, many (now former) employees say.

In the past several years, other grocery stores opened nearby, posing direct competition to Marsh, including one of its own stores.

Marsh was more expensive than the bargain-priced, German-based Aldi grocery store at 52nd and Keystone (1/8 mile away), and the regional-competitor Kroger at 65th and Keystone (1 1/4 mile away).

It didn't have the superstore of non-perishable revenue that Target has at the nearby Glendale Mall, and it was even further pinched when a new Meijer opened in 2016 just a quarter-mile down the road.

The store also wasn't providing the elite, organic collection that Fresh Market offered at College and 54th (2 miles away).

And the ostensible nail in the coffin came this year as a Broad Ripple Fresh Thyme store planned its opening.

Fresh Thyme offers the quality of a Fresh Market at more affordable prices.

The new mega-store was only 2.5 miles away from Marsh's long-held territory.

The Marsh closed, and a sign of things to come reared its ugly head as April came to a head: 12-inch overgrown weeds prompting complaints from passersby off Keystone Avenue in the green space that bordered the Broad Ripple Avenue Marsh's parking lot, the store that supposedly "survived".

It now dons liquidation sale signs with plans to close on July 20, along with 17 other Marsh stores.

These two locations were surrounded by an industry and residential evolution it could not keep up with, marking the end of a 60-year run.

Marsh At Its Peak

The Beginning of the End

It's been a fast six months since the 53rd Street Marsh's closure. More than 20 individual Marsh stores closed since then, leaving hundreds of employees without jobs.

In April, Marsh sold its pharmacies to CVS. The move closed 37 pharmacies, leading to a 40 percent discount on hard liquor because of a little-known Indiana alcohol law.

On May 9, the company announced it would close all its locations if it couldn't find a buyer. Then came bankruptcy filings and an auction.

Two Ohio companies, Generative Growth II and Topvalco, a Kroger subsidiary, bought 26 of the stores. The rest will close on July 20.

Marsh's 86-year journey came to a quiet end. Many people, especially those near 53rd Street and Keystone Avenue, won't miss it. They can go to Kroger, or Fresh Market, or Target.

But there are those in Tipton, Hartford City, Kokomo or Beech Grove who don't have another place to get groceries; Marsh has been in their lives for as long as they can remember.

Bad business or not, Marsh fed thousands in communities that grew around the ability to access fresh food.

And that will be their ultimate legacy: A vision of grandeur, undone by their own hands.