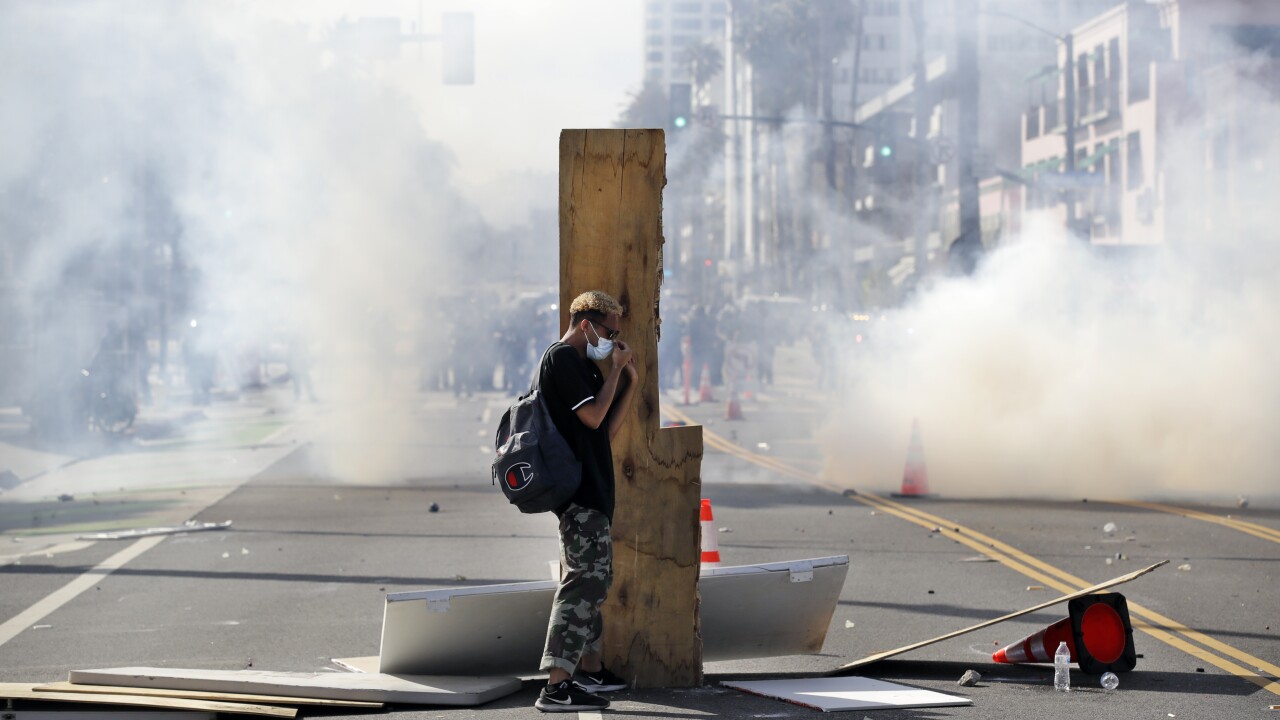 Copyright 2020 The Associated Press. All rights reserved.
Marcio Jose Sanchez/AP
A protester shields himself with a wooden plank as police launch tear gas Sunday, May 31, 2020, in Santa Monica, Calif. during unrest and protests over the death of George Floyd, a black man who was in police custody in Minneapolis. Floyd died after being restrained by Minneapolis police officers on May 25. (AP Photo/Marcio Jose Sanchez)

INDIANAPOLIS — The American Civil Liberties Union of Indiana filed a lawsuit on Friday against the City of Fort Wayne and the Allen County Sheriff's Department for the use of chemical agents and projectiles on protesters during marches against police brutality.

Following the death of George Floyd in Minneapolis at the hands of police officers, numerous demonstrations were held across the nation, including in Fort Wayne. During the protests, the Fort Wayne Polie Department and ACSD fired tear gas, rubber bullets, and pepper spray at demonstrators to discourage activities.

The ACLU reports it is suing the City because the use of chemical agents and projectiles for crowd control violates the First and Fourth Amendments.

"Police must not respond to protesters speaking out against police brutality with yet more brutality. We will not let these violent attacks on our constitutional rights go unchecked," Ken Falk, legal director at the ACLU of Indiana, said. "Excessive use of force against protesters chills free speech, and widens the rift of distrust between communities and the police that are sworn to serve them."

The lawsuit is seeking an injunction and damages due to the actions taken by the City in recent weeks. According to the ACLU, chemical irritants and other projectiles were deployed against protesters near the Allen County Courthouse and the Courthouse Green on several occasions of the last month. The ACLU also states that on May 29, protesters marching near Martin Luther King Bridge were blocked by police in both directions and then were shot with tear gas canisters by FWPD.

As protesters dispersed to get away from the weapons being deployed on June 14, the ACLU reports that police dragged protesters out of private businesses in which they were seeking shelter.

This lawsuit comes just a week after the ACLU of Indiana filed a similar lawsuit against the City of Indianapolis.

The lawsuit was filed in the U.S. District Court for the Northern District of Indiana.