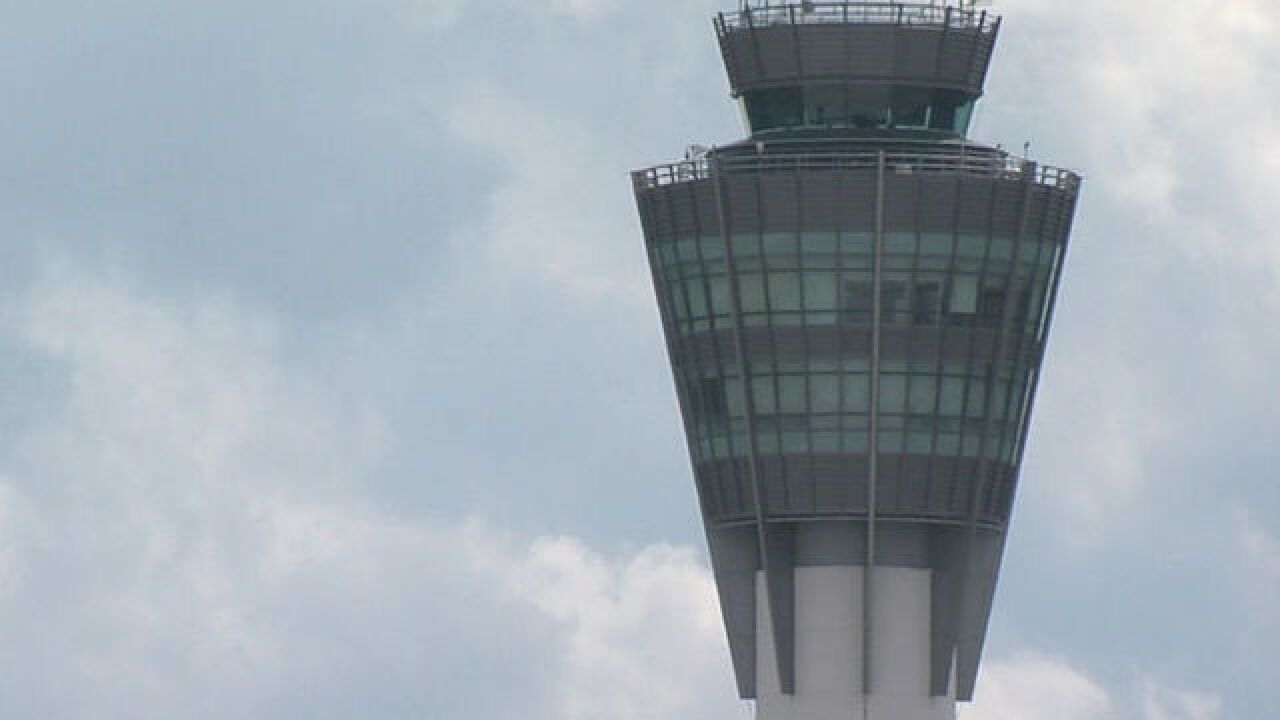 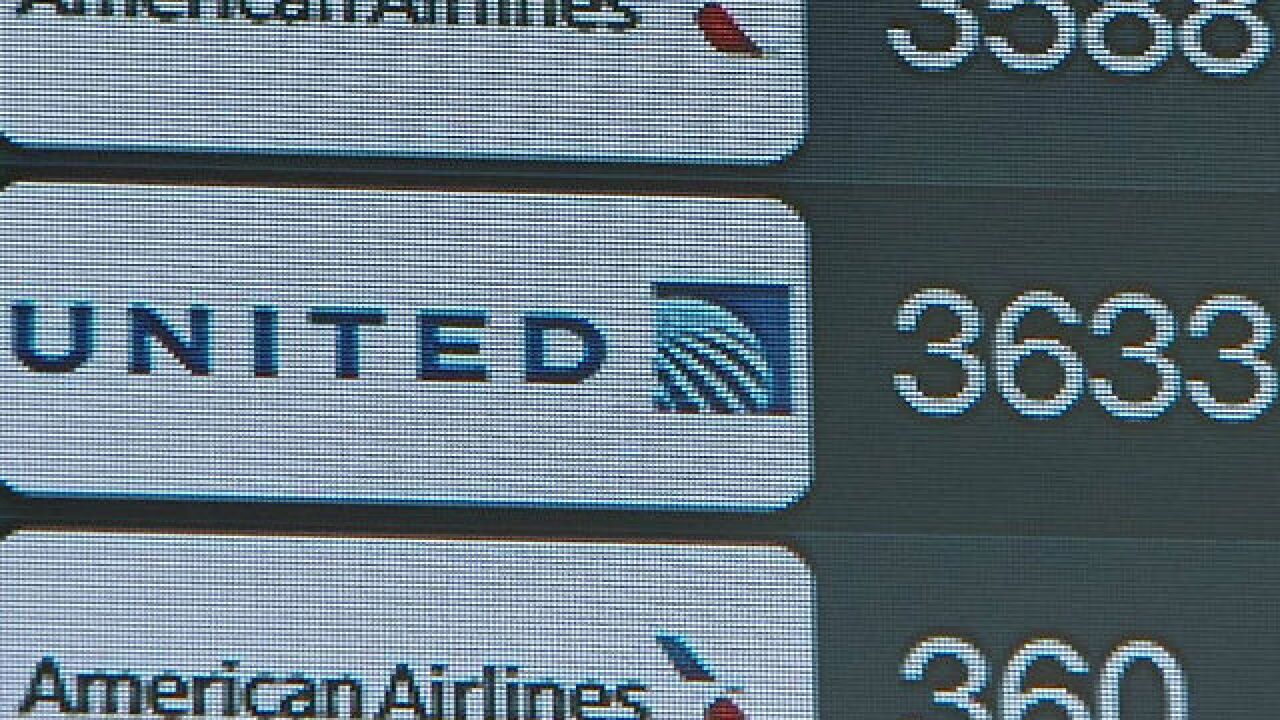 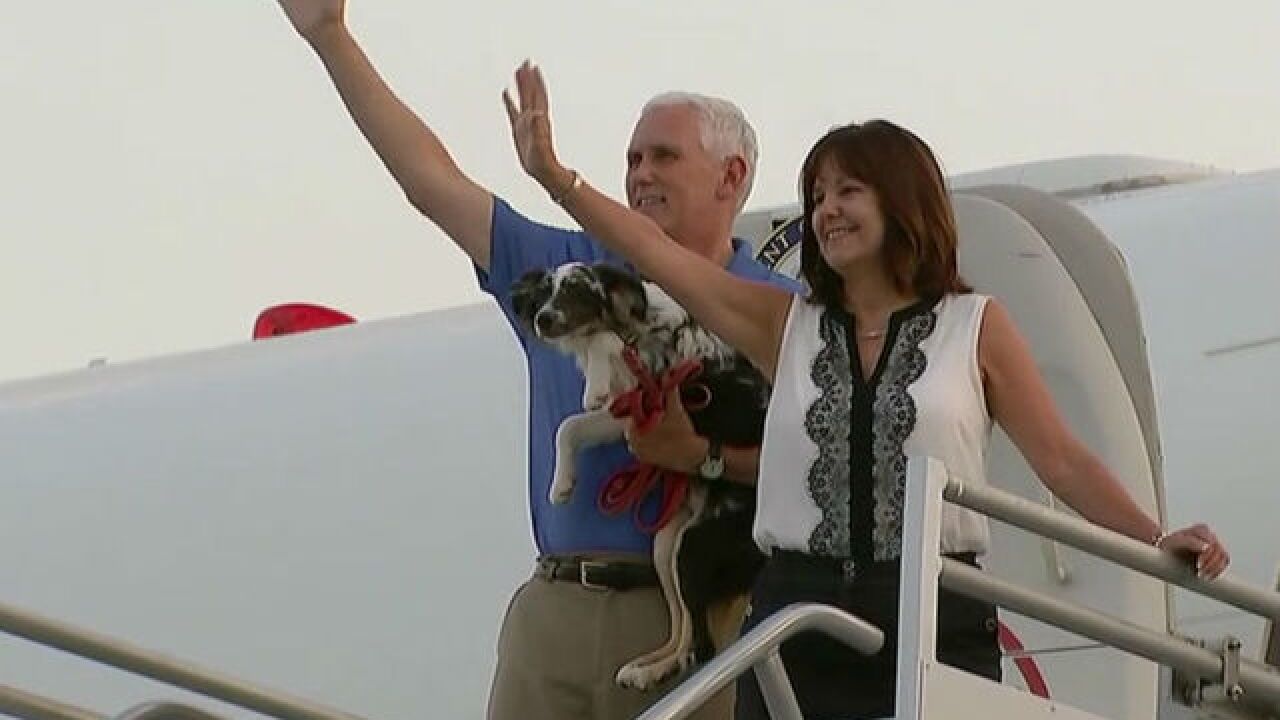 INDIANAPOLIS -- A United Airlines flight from Chicago wasn't allowed to land at the Indianapolis International Airport Friday night, and it could have Vice President Mike Pence to thank.

United Express flight 3633 took off from Chicago on Friday at 7:35 p.m. Indianapolis time.

Pence was in town to speak at a luncheon in downtown Indianapolis, and as part of standard procedure, the Secret Service adds a temporary flight restriction -- known as a TFR -- to the airspace around Indianapolis. A TFR restricts what flights can be in the air in a given time.

Commercial flights are supposed to be exempt from TFRs.

"Any idea how long the TFR is going to be there?" the pilot asked the air traffic controllers Friday.

"None... We have to wait on them unfortunately," the controller responded.

At 8:10 p.m., the flight was in Indianapolis' airspace, but the plane wasn't allowed to land and flew in circles around Indianapolis, burning fuel while waiting for Pence to arrive at the airport and board Air Force Two.

The pilots asked over and over how long the restrictions would last. Pence's plane was supposed to leave at 8:15 p.m. At one point, the pilot tried to convince air traffic controllers to get on the ground.

"For Brickyard 3633, we could be on the ground in about six minutes from our present position," the pilot said. "I don't know if you can let them know that, if that would help in their decision process."

Nearly 20 minutes after first asking to land in Indy, the flight's fuel level drops below the minimum fuel line, forcing the pilots to divert more than 120 miles to Dayton, Ohio to refuel.

One of the main runways at Indianapolis' airport was shut down for maintenance, and because the Secret Service had shut down the runway Air Force Two was using, all flights in and out of Indianapolis were held until Pence's plane took off from Indianapolis -- more than 15 minutes after that United flight was diverted to Ohio to refuel, the FAA told Call 6 Investigates.

The United flight did make it back to Indianapolis, landing at 9:51 p.m., one hour and 13 minutes after it was supposed to land.

The Secret Service told Call 6 Investigates if the other runway had not been shut down for maintenance, the plane could've simply landed there.