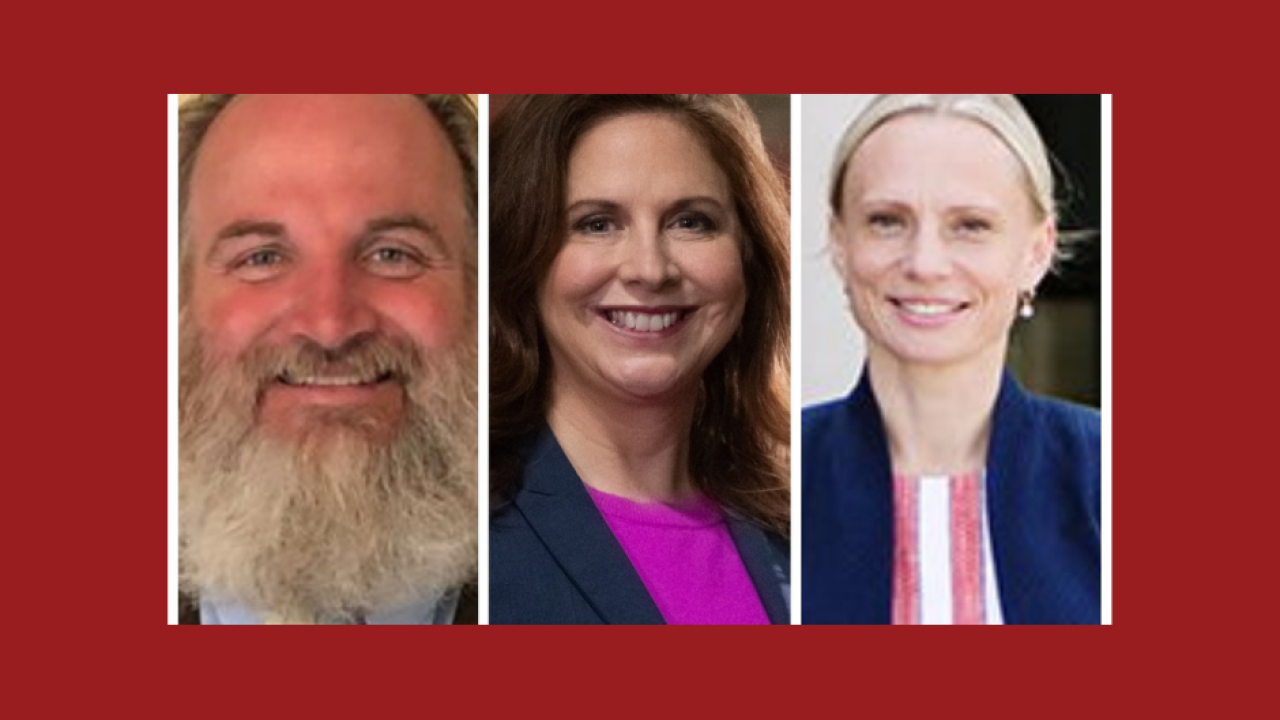 Hale has called for social distancing and mask-wearing to continue until a vaccine is out to the public. She also has called for making it easier for people to get tested and a quicker turnaround on getting results back. She also supports potentially reinstating some restrictions if flare-ups of the virus happen. Hale also has called for communicating with hospital residents transparently, so they know what’s happening.

Tucker said he would follow the advice of science and scientists in the country, and supports common-sense activities that curb the virus’ spread such as social distancing, wearing a mask in public and hand washing. He has also criticized President Donald Trump and Vice President Mike Pence’s response to the virus and said Trump wastes time denying facts. He also believes Pence “bungled” the HIV outbreak in southern Indiana.

Like Hale, Spartz has called for everybody to practice social distancing and mask-wearing in public. She has praised the work done by the private sector to create testing kits and personal protective equipment and wants fewer regulatory hurdles so more companies can follow suit.

Spartz has called for a return of the policies that got the country to a working economy pre-pandemic. She wants to see less government, less regulation and less taxes. Spartz also has called for workforce development training to help unemployed Americans work on new careers.

Hale has called for a whole-of-government approach for the economic recovery for the pandemic. She wants the federal government to provide relief to our small and mid-sized businesses, to help keep their doors open. But she also has called for oversight, so large corporations aren’t taking more than they need. Hale also supports supplemental income checks and more unemployment benefits. In the long term, she supports renewable energy, such as wind and solar, and wants Indiana to be a leader in that field.

Tucker has called for new job markets for Indiana in the agricultural, industrial, distribution, and retail sectors. He wants to do that by legalizing marijuana and opening up industries in hemp, CBD, THC, lotions and others associated with cannabis. Like Hale, he also wants to see Indiana’s energy production shift to renewable, through wind and solar means.

Tucker said there’s no way to mitigate or litigate our way forward in race relations, but people need to do a better job of teaching, learning, and understanding the role of race in America. He said two major political parties have used race and other socioeconomic factors to remain in power with little improvement in race relations.

Spartz, who was born in the Ukraine, said she’s experienced people and members of the media making fun of her accent and trying to demean me as an immigrant or as a successful woman, but says it’s not a systemic issue in America. She said the United States wouldn’t have elected Barack Obama if systemic racism existed in the country. She also said she wouldn’t have been nominated in the primary election if people hated immigrants and women.

Hale said the country needs to acknowledge the fact that systemic racism exists in this country. She said the inequalities have been exposed in the deaths of Breonna Taylor, Ahmaud Arbery and George Floyd, as well as in the shooting of Jacob Blake