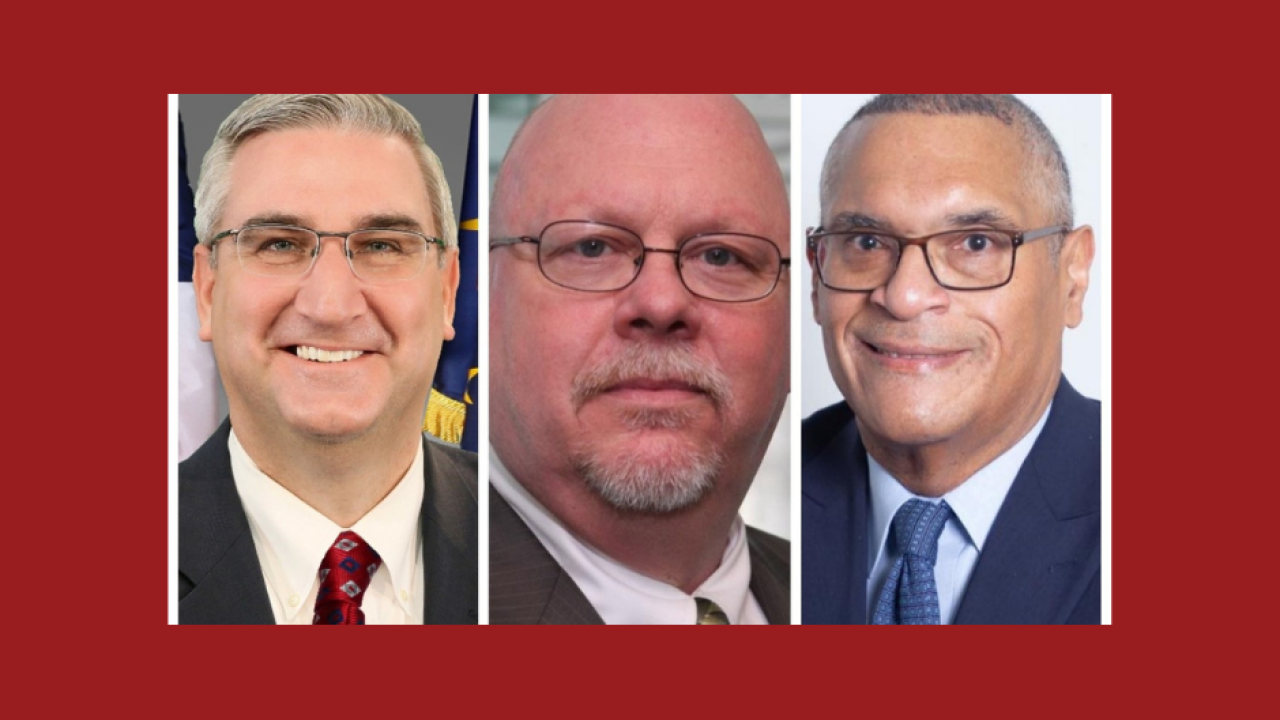 Gov. Eric Holcomb has already shown his plan for combating the coronavirus in Indiana – we’re in the middle of it. He’s instituted a statewide mask mandate via executive order and said the masks have been important in keeping the spread of COVID-19 down.

His executive orders have been controversial, but he’s said he has the legal authority to do everything his administration has done so far. Holcomb has critics on both sides of the political spectrum. Some believe Holcomb hasn’t gone far enough with mask mandates and shutdowns, but other people think it’s too far.

Some in Holcomb’s party have even endorsed his Libertarian opponent.

Rainwater's COVID-19 plan focuses on removing the government mandates to the virus, instead giving Hoosiers information on how to best protect themselves from COVID-19, then leaving it in their hands.

He has also called for moving the testing responsibility from the state to hospitals and doctors. Under Rainwater, the Indiana Department of Health would continue to monitor COVID-19 data and provide the information to the public.

Myers touted his history as Indiana State Health Commissioner. Myers was the state’s health commissioner in the 1980s, when the state went through the HIV/AIDS epidemic.

He wants to create a task force for COVID-19 long-term care preparedness and increase testing for patients and staff in those facilities. He’s called for increasing testing in the state.

Rainwater says small businesses will be able to rebound from COVID-19 faster if the state reduces taxation on sole proprietors, partnerships, and LLCs, as well as reducing the number of licensing and permits required to operate small businesses.

He has also called for the decriminalization and legalization of cannabis in Indiana, saying new jobs will be created and communities will make more money.

Myers has called for breaking down the state’s barriers and supporting businesses that retain employees to keep the economy competitive. He also wants to boost manufacturing for medical equipment, while creating a medical supply chain.

He said this will eliminate the state’s reliance on foreign suppliers, create local jobs and boost Indiana’s economy.

Myers also wants to create a state stimulus program, to put more money into small businesses, specifically minority-, women-, veteran and disability owned businesses. He has also called for a tracking system so Hoosiers can monitor where government funds go.

Holcomb has repeatedly said the state’s economy is heading back on track since the start of the pandemic in March.

A strong economy is one of Holcomb’s five pillars. He has touted Indiana maintaining its AAA credit rating and a deep reserve. He also has called for lower taxes to Hoosiers, with the personal income tax rate of 3.23%.

In his term as governor, he’s made a name for himself with international economic trips.

In August, Holcomb announced a new position in his cabinet – Chief Equity, Inclusion and Opportunity Officer for the state of Indiana. He also called on body cameras for Indiana State Police in 2021, an expected cost of $5 million, with an additional $1.5 million annually

Holcomb has also announced a public disparity data portal, to show where the state’s shortcomings are, and working with the Indiana legislature to add civilians to the Indiana Law Enforcement Academy Board.

"We now stand at an inflection point, and we have an opportunity to acknowledge those past wrongs, learn from our history and admit where we’ve come up short of our ideals," Holcomb said. "Then, we must get about doing what we’ve done whenever we face a challenge: Make historic progress together."

In a campaign ad, Myers has also discussed the institutional racism he experienced in the medical community. He recounted a story of an ailing African-American teenager being turned down for a heart transplant “because one of the lead surgeons didn’t want to waste a good heart on a kid from the ghetto.”

Rainwater has said he wants to work with community leaders from all over the state to find solutions. He also wants Hoosiers to acknowledge that issues still exist with race relations, but said the government cannot resolve these issues. Individuals in Indiana have to work together to make change, he says.