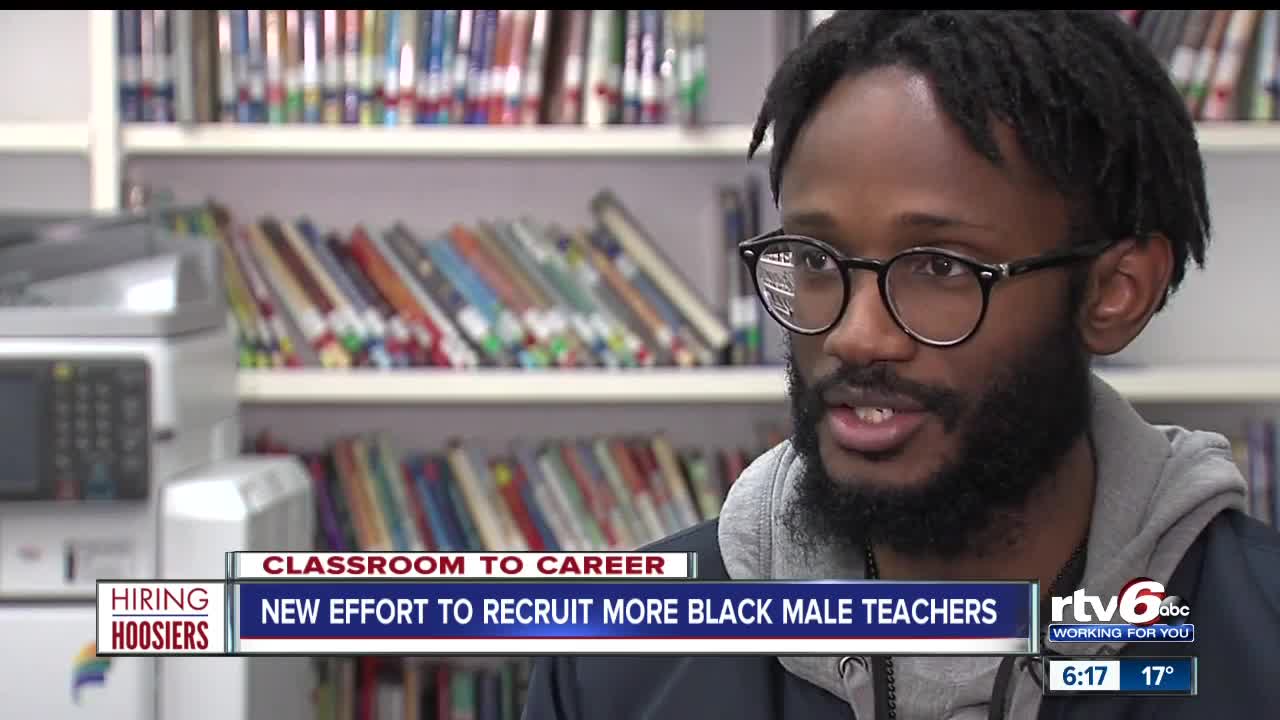 There is a new effort in Indiana to recruit more young black men to consider a career in education. 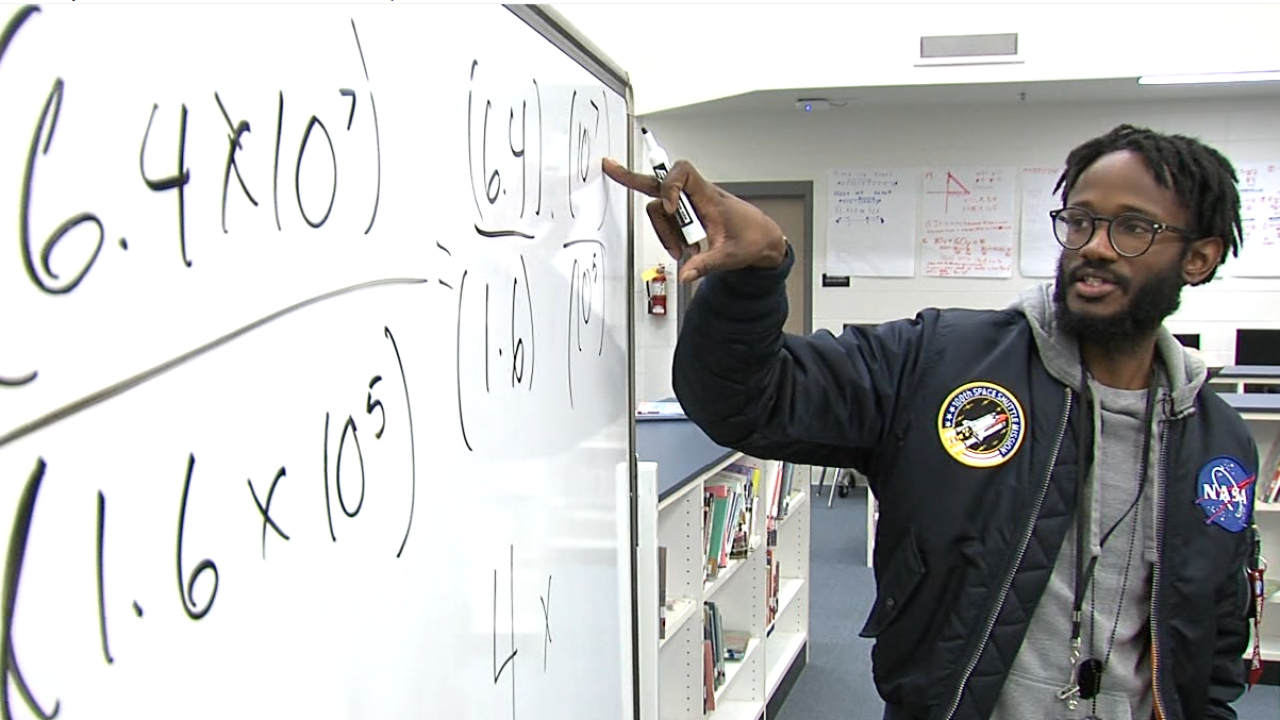 INDIANAPOLIS — When you're a young black boy in a classroom, chances are very slim you would see someone, who looks like you, leading that class.

You'll find Evan Taylor at the head of the class, teaching algebra to eighth graders at Daniel Webster Elementary School on Indianapolis' south side. He has realized this is his true calling.

"For me, teaching is one of the few spaces where I've felt valuable as a black man," Taylor said.

Teaching may be his comfort zone now, but it was not was he set out to do when he attended college. He thought he would play college basketball for one year, and then, "I'm either going to be in the NBA or I'm going overseas." Or so he thought.

A staffing switch with his coaches sophomore year and some advice from his African-American studies professor changed his course from the court to the classroom.

"And so at that point in my second year, teaching is what I'm going to do. For me, there's not anything better than this," he said.

Taylor is one of just 95 black men teaching in the Indianapolis Public Schools district, accounting for roughly 5% of the teaching staff at IPS.
Statewide, a 2017 survey appearing in a Chalkbeat report, showed 93% of Indiana's teachers were white.

Now, one local university is collaborating with the United Negro College Fund to change the numbers and recruit more black male teachers to the classroom.

Dr. Kenith Britt is the Dean of the Klipsch Educators College at Marian University.

He is one of several leading this effort to diversify faculties.

"If you look at the impact that black males have on students of color, it's dramatic," Britt said. "You think about the research that's out there that shows the positive student academic gains, having a black male teacher is incredible. So it's the right thing to do for all students."

Marian University is collaborating with UNCF to get the word out, to encourage boys and college students to consider pursuing degrees in education. The agency's regional development director, Andrea Neely, is working closely with Britt on the effort, holding community conversations to raise awareness about the push to bring in more people of color to schools across Central Indiana.

UNCF executives say they are working to remove barriers for students and providing funding and support to historically black colleges and universities, which offer scholarships and programs to graduate more students going into teaching.

Marian University is looking to on-board more students of color into its degree programs, while UNCF is looking to ease the financial barriers for those students.

Britt said his education college is working with high school guidance counselors, principals, superintendents, and teachers. The recruiters go into the high schools, as well as, work with the cadet teaching programs.

"We're really driving interest in the teaching profession," he said.

Back at Webster Elementary, Taylor is living proof of the impact this can have on young black students.

"If they're going through something, Mr. Taylor can understand to an extent what I'm going through because Mr. Taylor has been a black boy at some point," he said. "I think, one thing it shows them another career opportunity, because I didn't have a black male teacher until my first year of college."

Taylor stresses this point: teaching even shifts something within you.

"Also, I think black men change by being teachers. Because I've changed from my first year to my fifth. I think I've become a better man and a better human being through teaching for five years," he said.

The next community conversation is scheduled for 5:30 p.m. Feb. 27 in the WFYI TV Community Room, located at 1630 N. Meridian St.