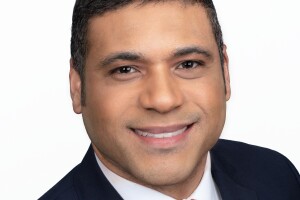 Marc Mullins is co-anchor of RTV6 News at 5 p.m., 6 p.m. and 11 p.m. and a regular contributor to our Hiring Hoosiers reports.

He is an Emmy-nominated anchor and award-winning reporter, with accolades from the Associated Press and the Society of Professional Journalists.

Marc joined WRTV in December 2012 and anchored the station's morning and noon newscasts for more than four years.

Prior to joining WRTV, Marc worked as a morning anchor and managing editor at KMTR TV in Eugene, Oregon. He also covered stories in the South, hitting the streets of Atlanta as a General Assignment Reporter/Fill-In Anchor for WGCL TV. Marc got his start in the industry at KPAX TV in Missoula, Montana, where he served as a producer and reporter.

Marc hails from New England, grew up in New Haven, Connecticut and graduated from Boston University.