Hiring Hoosiers: Inspiring the next generation of manufacturers through first-hand experiences 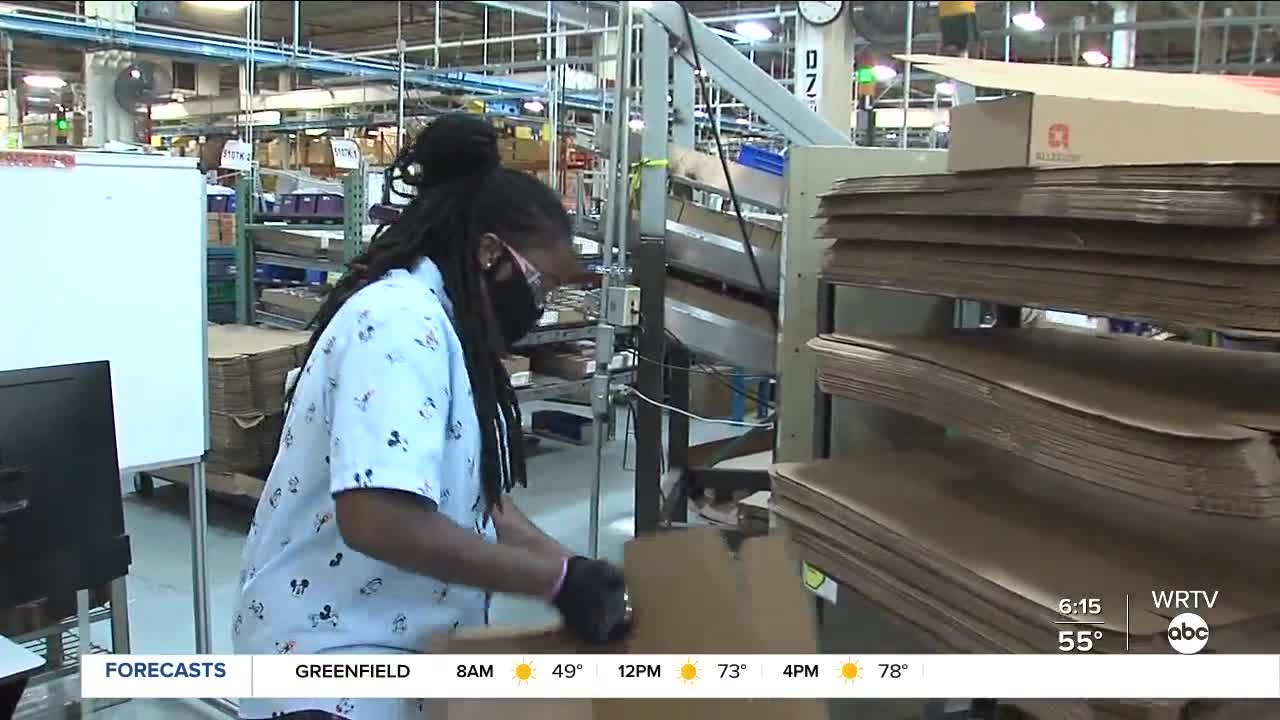 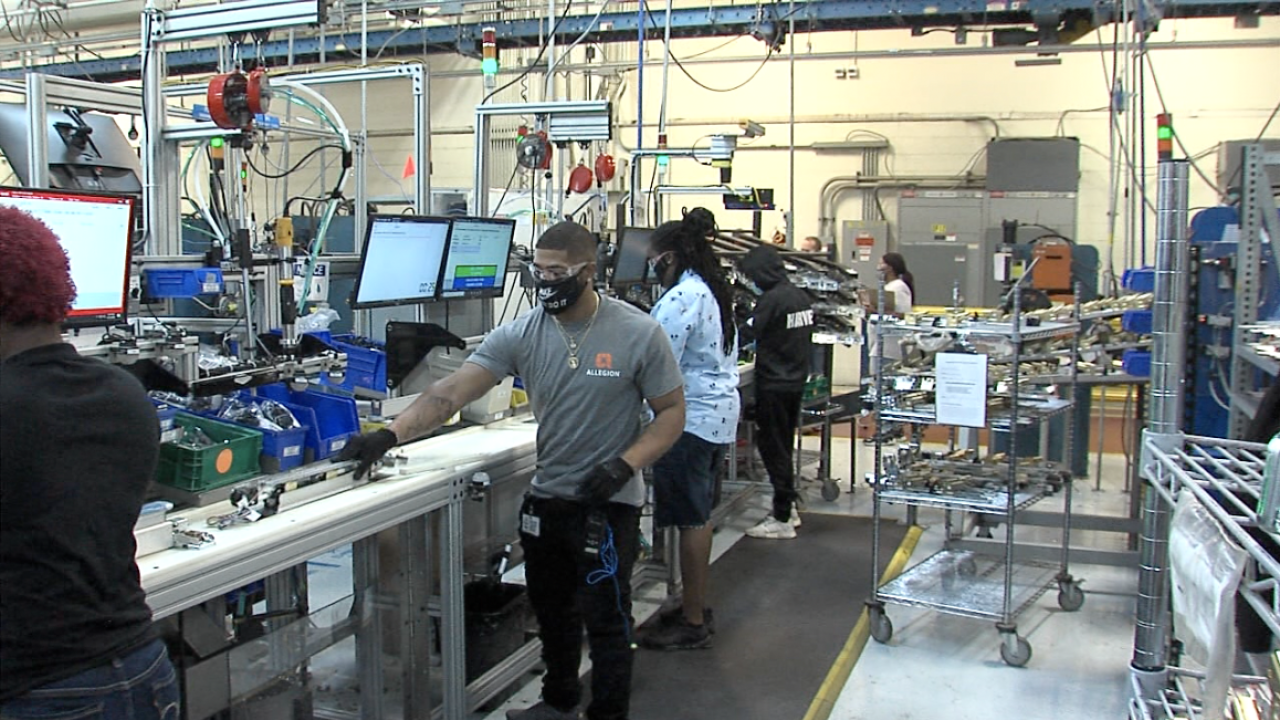 INDIANAPOLIS — Manufacturing Day is a national effort to inspire the next generation of manufacturers throughout the month of October.

Advanced manufacturing is a huge part of Indiana’s economic makeup, so anything local companies can do to attract and retain talent is a good thing.

Allegion has hosted the event for the past six years and is taking students on this annual field trip, virtually, to ensure students are still exposed to this career path.

“When I was younger coming out of high school honestly, I didn't know what I was going to do, I never saw myself in manufacturing,” Mylisha Pickens, an Allegion employee said. “But today I love it.”

Now 26 years old, Pickens has spent the past four years at Allegion in Indianapolis. She started as a temp employee and was hired onto the team within six months.

“From there it has just been mountains climbing ever since,” Pickens said.

Pickens has moved her way up in the company and is now the second shift team leader for one of Allegion’s main lines. She says a career in manufacturing is a job that keeps giving.

“I work with my hands every day, I am always doing something," Pickens said. "I learn one thing one day, and the next day you are going to learn something new."

Industry leaders say it is important to introduce this industry to students early because it is predicted that 4.6-million jobs in the manufacturing industry will be available in the next decade over the country.

But according to a Deloitte study, 2.4 million of those jobs will go unfilled because of the manufacturing skills gap.

“We are trying to do our part to ensure that the students in the next generation of manufacturers know and understand what opportunities are available to them,” said Jared Johnson, a human resources manager at Allegion.

High school students will virtually tour the Allegion plants and employees demonstrate what they do. The teenagers will hear from staff, and government leaders from the local level, state, and federal levels, about why manufacturing plays an important role in Indiana.

While a skills gap is looming over the industry, the Indiana Chamber says there are 8,500 manufacturing operations that employ nearly 550,000 people and produce more than 27% of the state’s total economic output. Those employees take home an average of about $77,000 a year.

This makes this opportunity to learn about the industry as a gateway to a successful career path for the next generation of Hoosier manufacturers.

“If you like working with your hands, if you like technology, if you want to be a part of change, be a part of the future, come to manufacturing,” Pickens said. “Just because as so many things change, we work with robots. I have seen so many things, it is just an amazing opportunity. It would be great.”

If students want to learn more about manufacturing in general, they can go to a website by the National Association of Manufacturing. There, students can also look there to see what other companies are hosting Manufacturing Day events in Indiana.

The virtual field trip at Allegion will be taking place Friday, hosted virtually via Microsoft Teams. It is intended for high school students, and Allegion will be making a recording of the video available to schools that request it. Those requests can go to PR@allegion.com.

More than 650 people are employed at Allegion’s manufacturing operations in Indianapolis. Check out available jobs at Allegion here.