About 80% of Indianapolis' war memorials vandalized by protesters 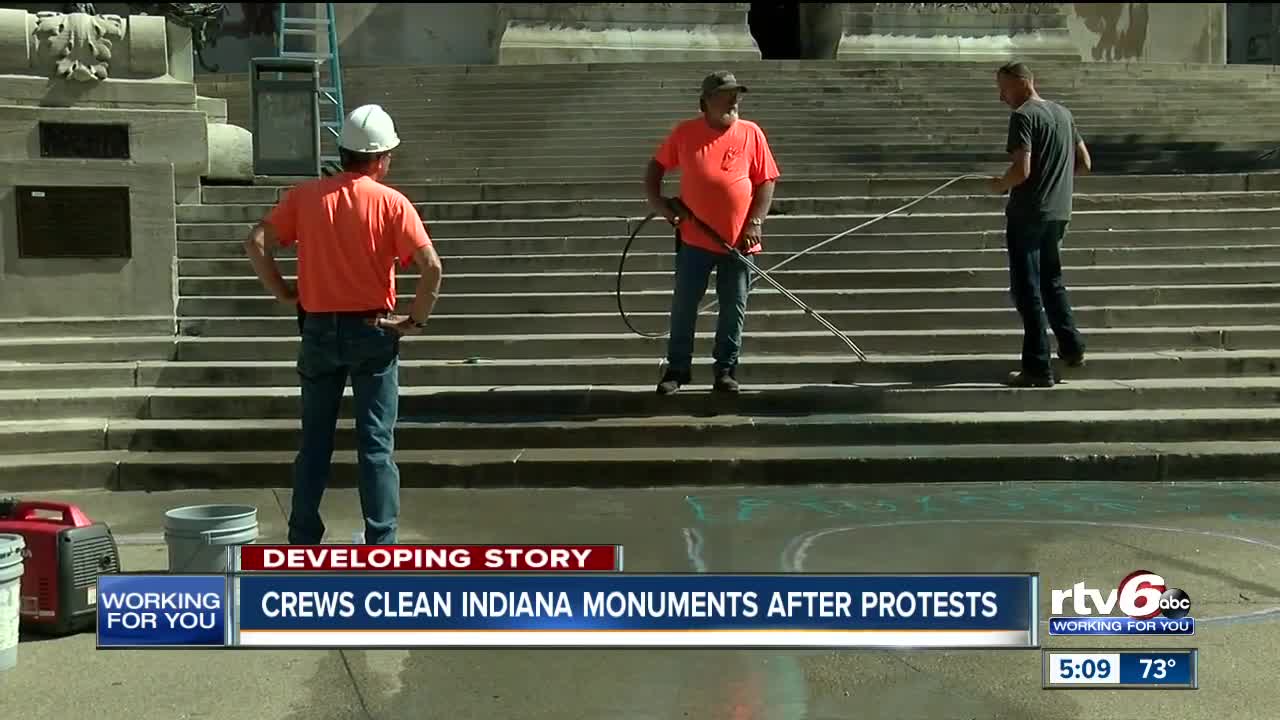 Crews worked to clean up monuments in downtown Indianapolis Monday after protests over the weekend. 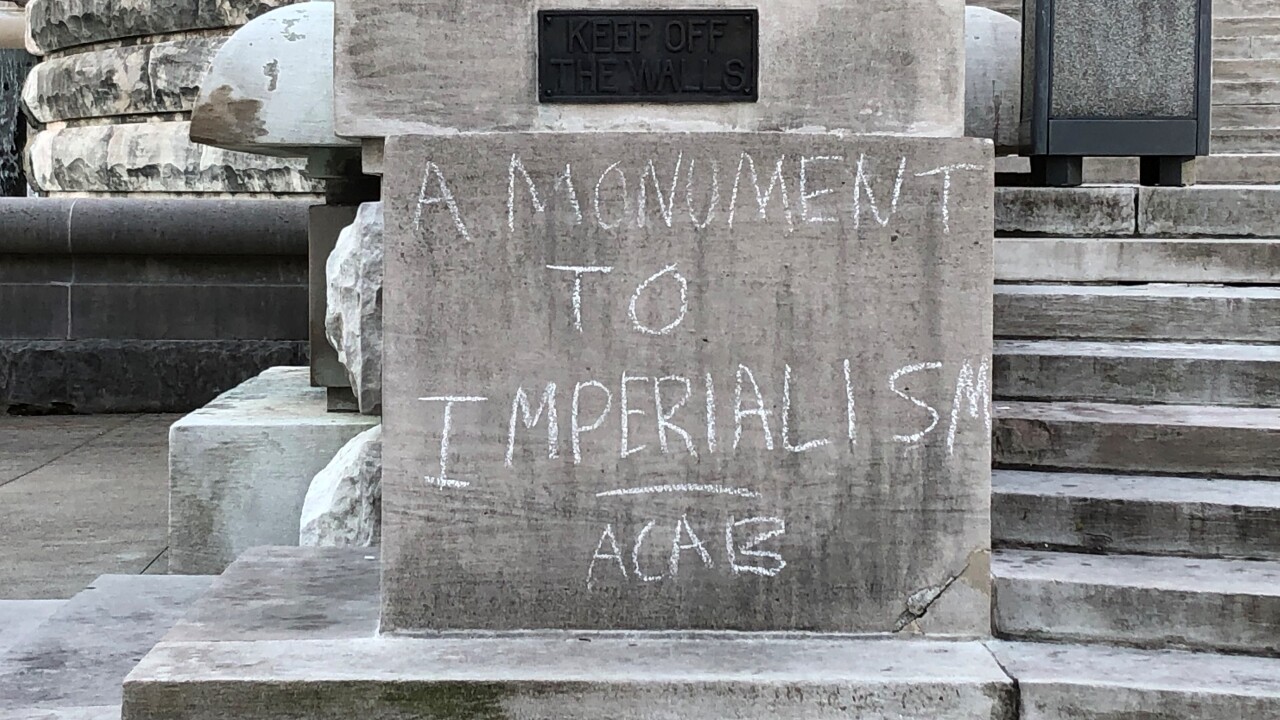 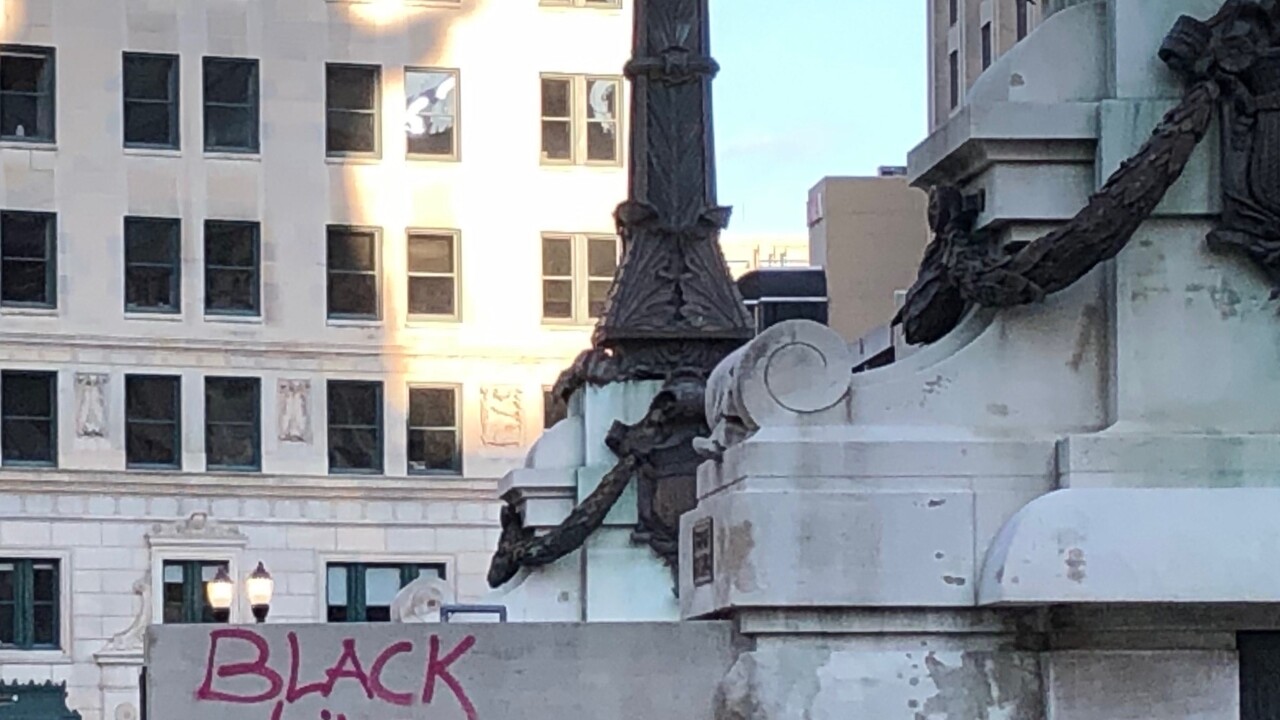 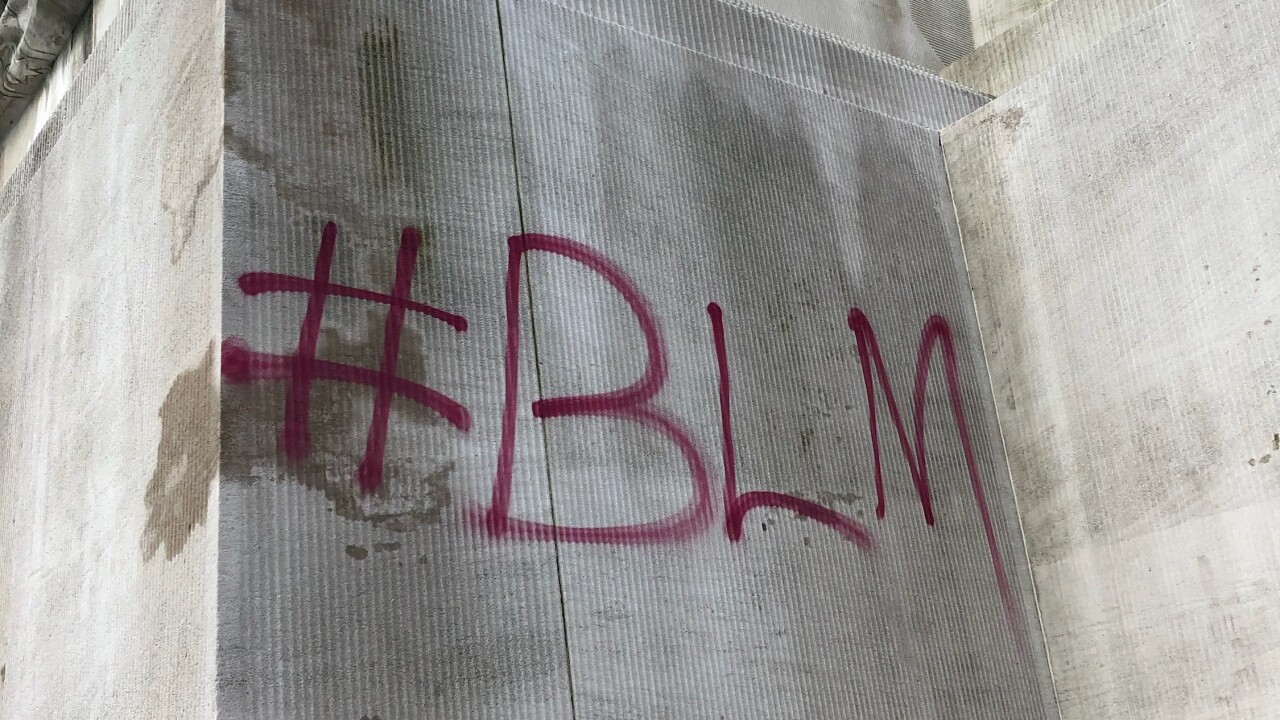 INDIANAPOLIS – Cleanup from some protesters’ spray paint at some of downtown Indianapolis’ war memorials could take more than a week, and officials said they’ve never seen damage to this extent.

Indiana War Memorial executive director J. Stewart Goodwin said while the protesters are trying to tell a story, the memorials tell a story too.

“It is a slap in the face to the people that have put the cloth of our nation on their backs to serve,” Goodwin said. “That is what these monuments do is they tell the story about those folks that serve their country.”

Indianapolis has the second-most war memorials in the country, behind Washington, D.C.

The Soldiers and Sailors Monument, the city’s most famous landmark, was built in 1889. At the time, Monument Circle, then called Circle Park, was supposed to include the governor's mansion, but no Indiana governor ever lived at the house built there. The house was demolished in 1857, opening the space for the monument.

The monument was designed by Bruno Schmitz of Germany and built with gray oolitic Indiana limestone.

Goodwin said about 80% of the monuments in Indianapolis are damaged. In order to clean the paint out of the limestone, a special solution must be used to first draw the paint out.

One protester, who didn’t want to give her name, said she doesn’t condone damage to government property, but she understands why some may have done it. She said those who did it are just fighting for change.

“People are turning to government affiliated buildings like the memorials and monuments and things like that because their voice is not being heard loud enough,” she said. “If that is what you want to do to make this world a better place, then do that"

But Goodwin said he wants people to think twice before pulling out the spray paint, especially on the monuments.