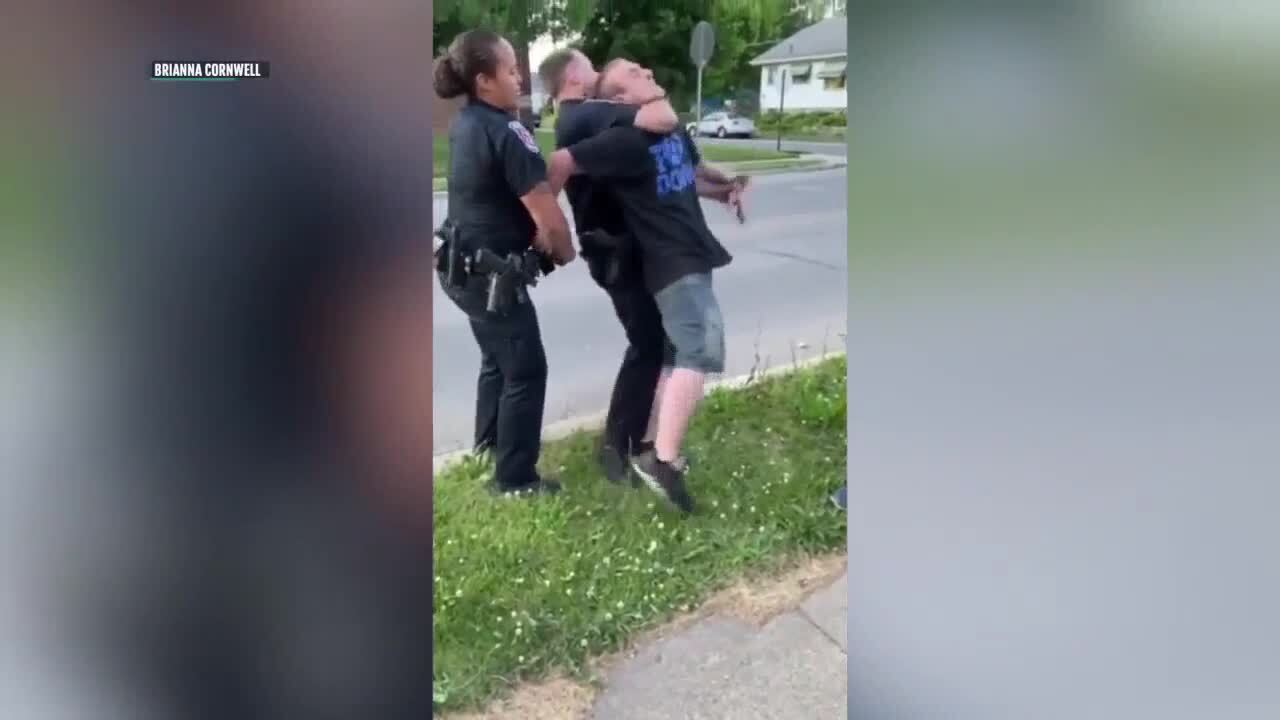 Brianna Cornwell/Photo Provided
Two police officers were placed on administrative leave after a video of an arrest appears to show one of the officers using a chokehold to take down a suspect.

ANDERSON — An Anderson officer who appeared to use a chokehold to take a suspect into custody after a departmental ban has been placed on administrative leave without pay.

Anderson Police Chief Jake Brown recommended the Anderson Board of Public Safety place Officer Brandon Reynolds on unpaid administrative leave pending a hearing for termination. The board approved the recommendation.

The decision was made during a special board meeting Wednesday evening.

Anderson Police Department Officers Reynolds and Ashley Gravely were placed on paid administrative leave in June after the arrest of Spencer Nice, 21, was captured on video. The video appears to show Reynolds using a chokehold on Nice in June.

You can watch the video of the arrest below.

A hearing with Reyonlds and the board will be set for Aug. 17.

A few days before the incident, Brown and Anderson Mayor Thomas Broderick announced officers would no longer use a chokehold when making an arrest.

Nice was preliminary charged with resisting law enforcement, according to the Anderson Police Department in June. Formal charges have not been filed, according to online court records.