Child in critical condition, 8 others injured in Wayne County crash 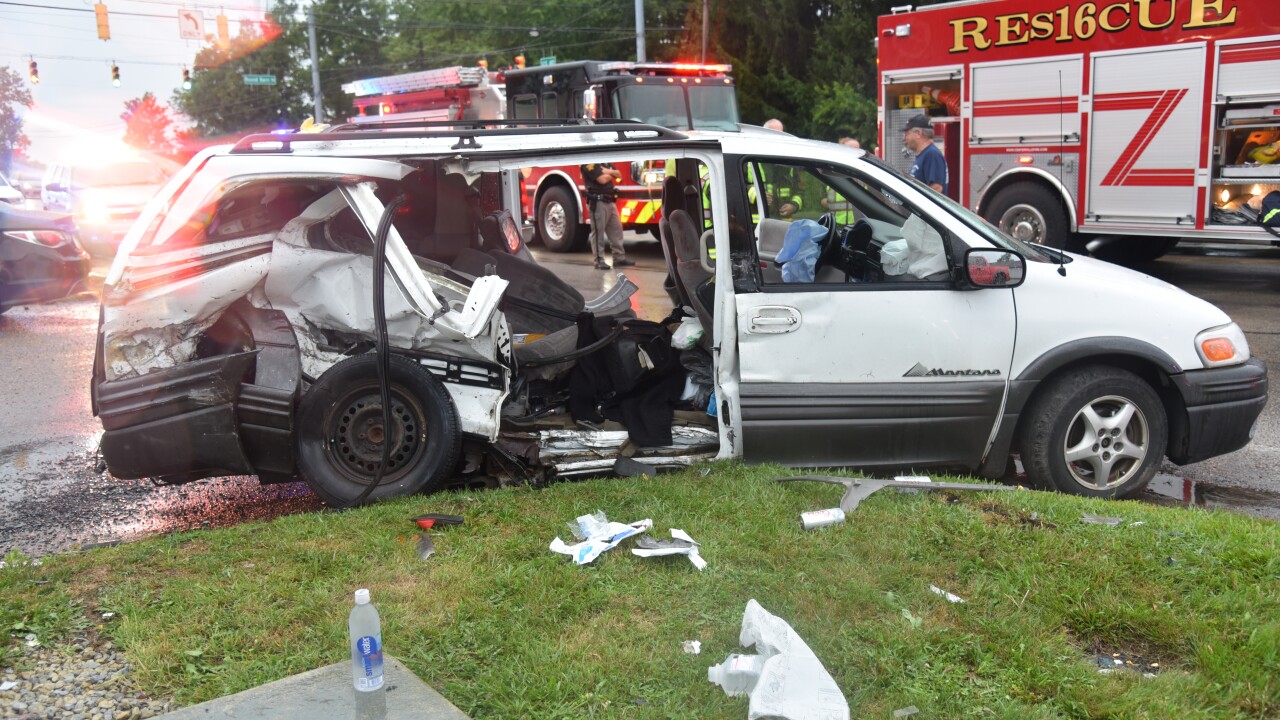 WAYNE COUNTY — Nine people were injured, including a 4-year-old still in critical condition, after a crash Thursday evening in Wayne County, according to the sheriff's office.

Three cars were involved in the crash around 7:40 p.m. near Round Barn Road US 40, according to a press release from the Wayne County Sheriff's Office.

A 4-year-old boy, a passenger in the van, was taken to Riley Hospital for Children by a medical helicopter in critical condition, according to the release.

Eight people, including several young children, received minor injuries in the crash, according to the release. It appears all children were properly restrained at the time of the crash.