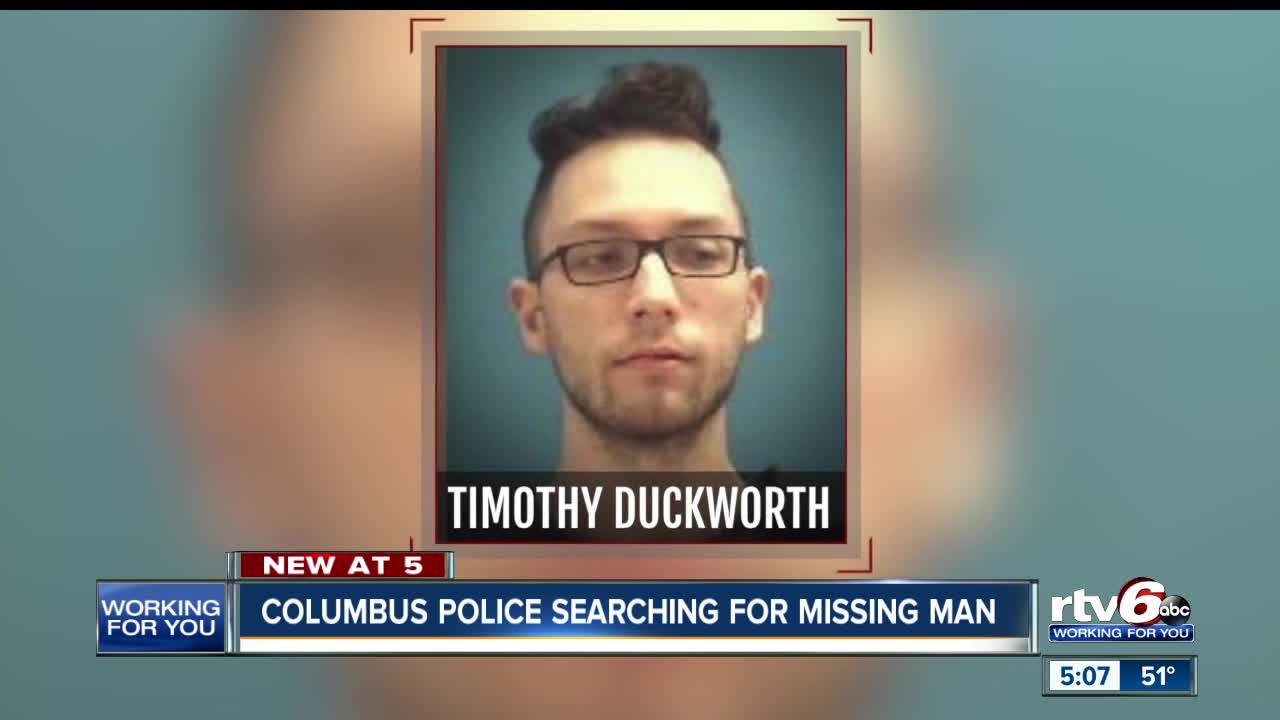 Columbus police are looking for a missing 22-year-old man, whose abandoned car was found about a week ago around Ceraland park. 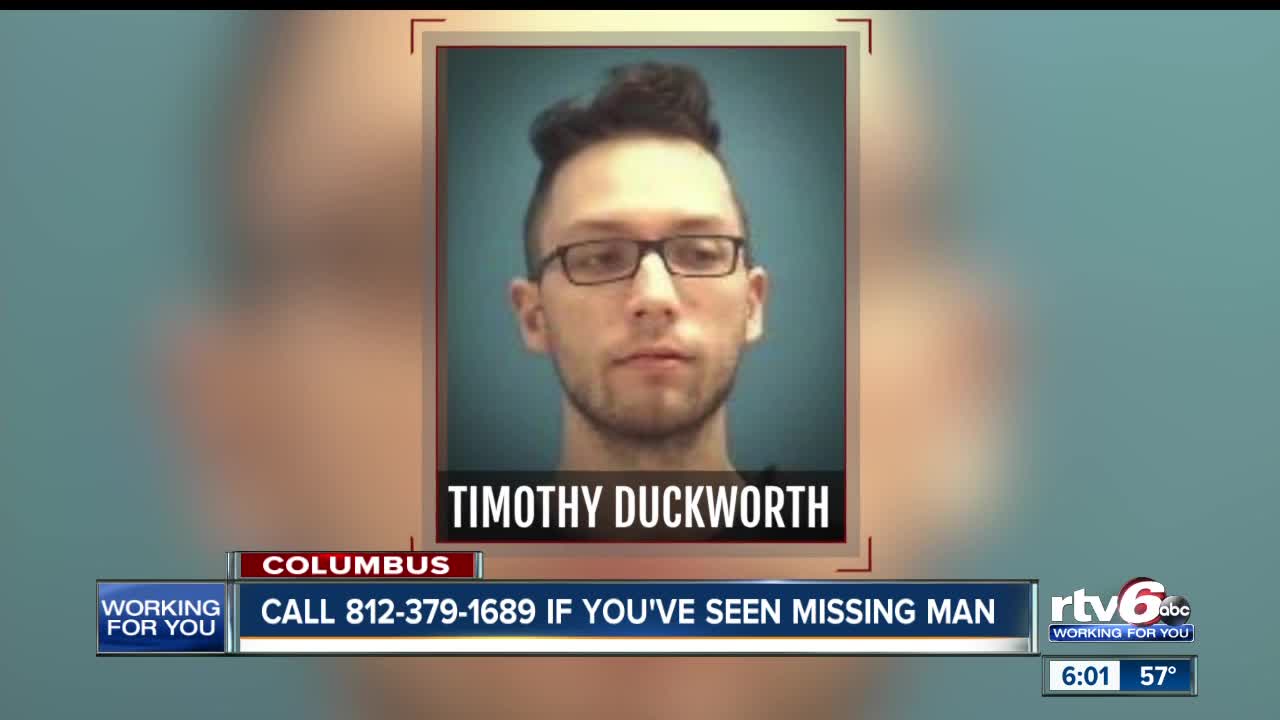 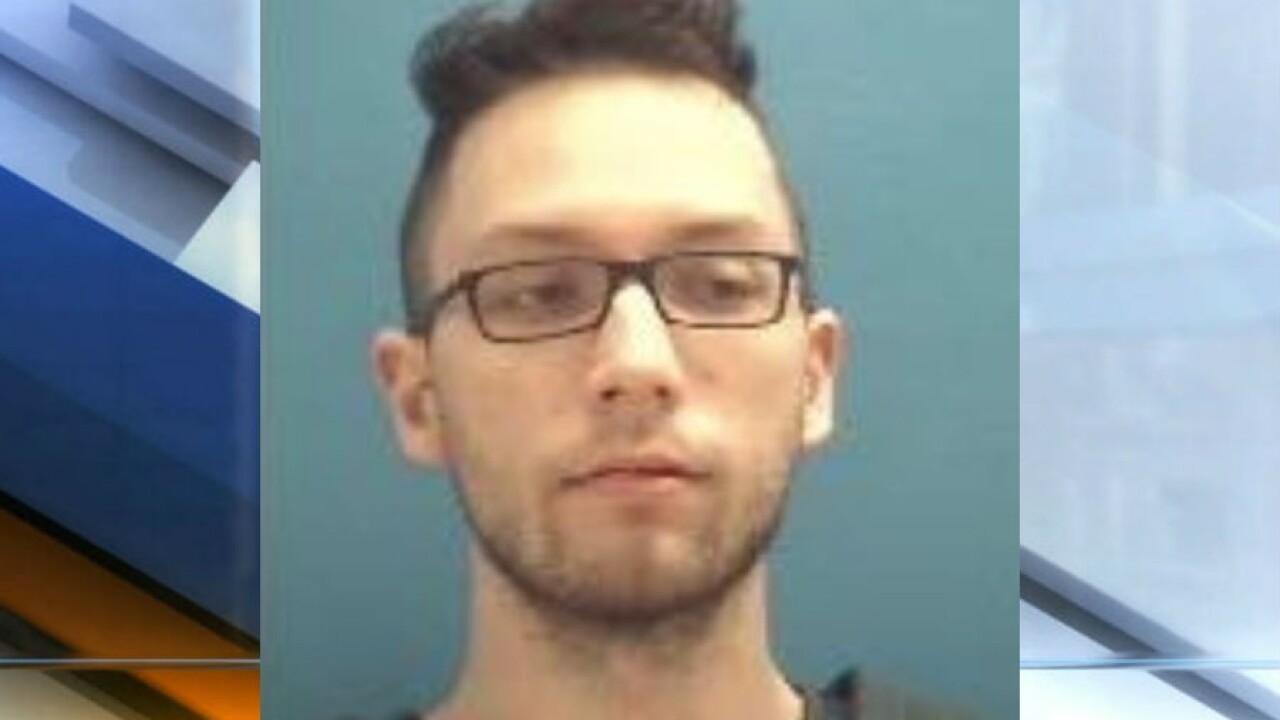 COLUMBUS — Columbus police are looking for a 22-year-old man whose vehicle was found abandoned a week ago around Ceraland Park.

Timothy Duckworth, 22, is described as being a 5 feet, 8 inches tall and weighing 120 pounds with brown hair and brown eyes.

Police say Duckworth's vehicle was found abandoned on Friday, May 4. Multiple searches have been conducted in the area, but police have not been able to locate him.

Detectives say foul play "cannot be ruled out" in Duckworth's disappearance, but they do not know any other details at this time.

Anyone who has seen, heard from, or had any contact with Timothy Duckworth or has any information regarding his whereabouts since the evening hours of Thursday, May 3, is urged to contact the Columbus Police Department at 812-376-2600.