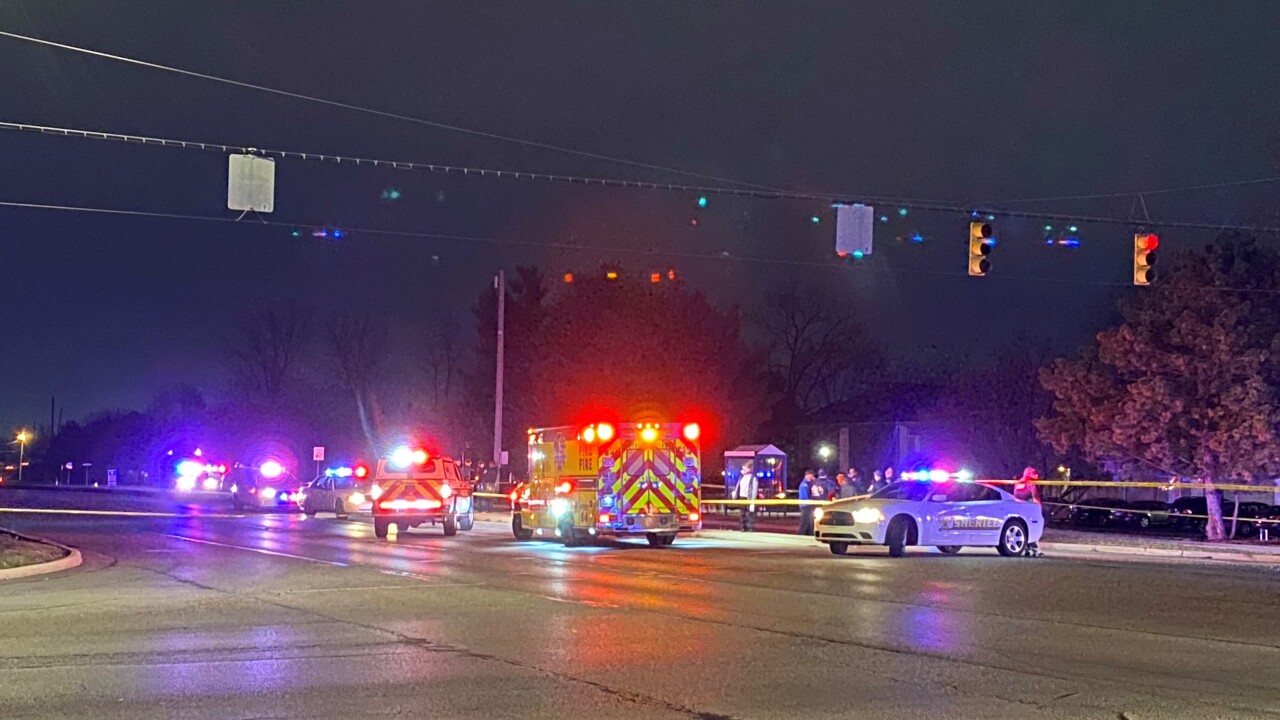 INDIANAPOLIS — A man was found shot and killed inside a vehicle Saturday evening on the northwest side of Indianapolis, according to a police captain.

Indianapolis Metropolitan Police Department officers were called around 6:30 p.m. to the 5200 block of Georgetown Road on the report of a person shot.

When they arrived, officers found the man with at least one apparent gunshot wound who was dead, IMPD Capt. Lawrence Wheeler said. Several other people were in the car when officers arrived.

Detectives are looking for another vehicle possibly involved in the incident, but don't have a description of the car yet, Wheeler said.

Additional details, including the identity of the person killed, haven't been released.

Police are asking people to avoid the area while they investigate the incident.

IMPD officers are on scene of an investigation at the intersection of W. 52nd St. and Georgetown Rd. The intersection is partially closed for at least an hour. Please seek an alternate route if possible #TrafficAlert pic.twitter.com/SMNxLwGRyw