Indianapolis is experiencing record homicides in 2020, and nobody really knows why 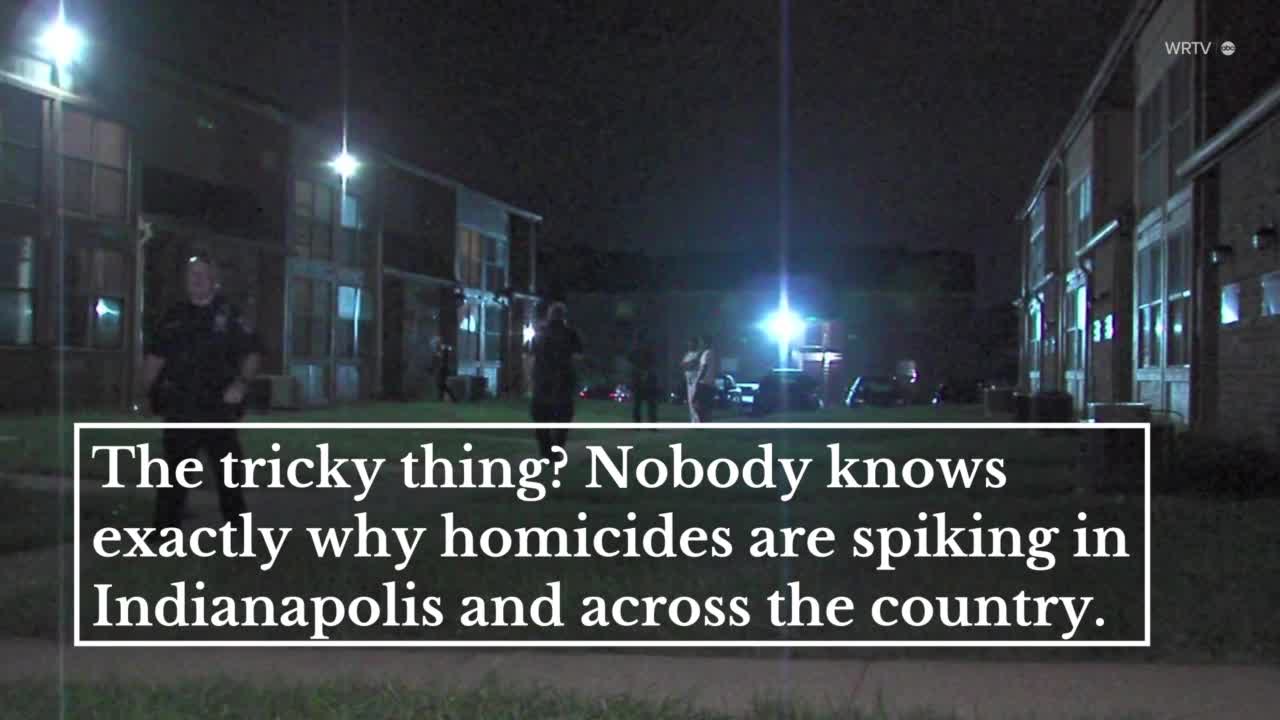 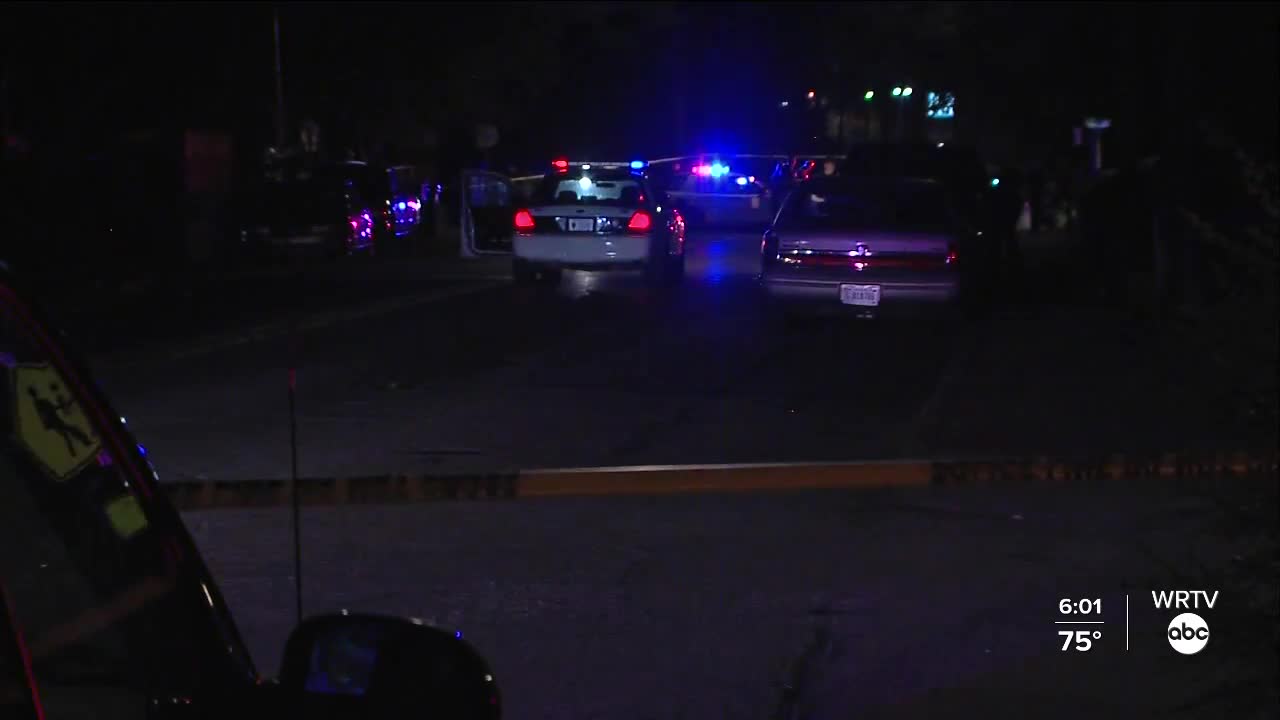 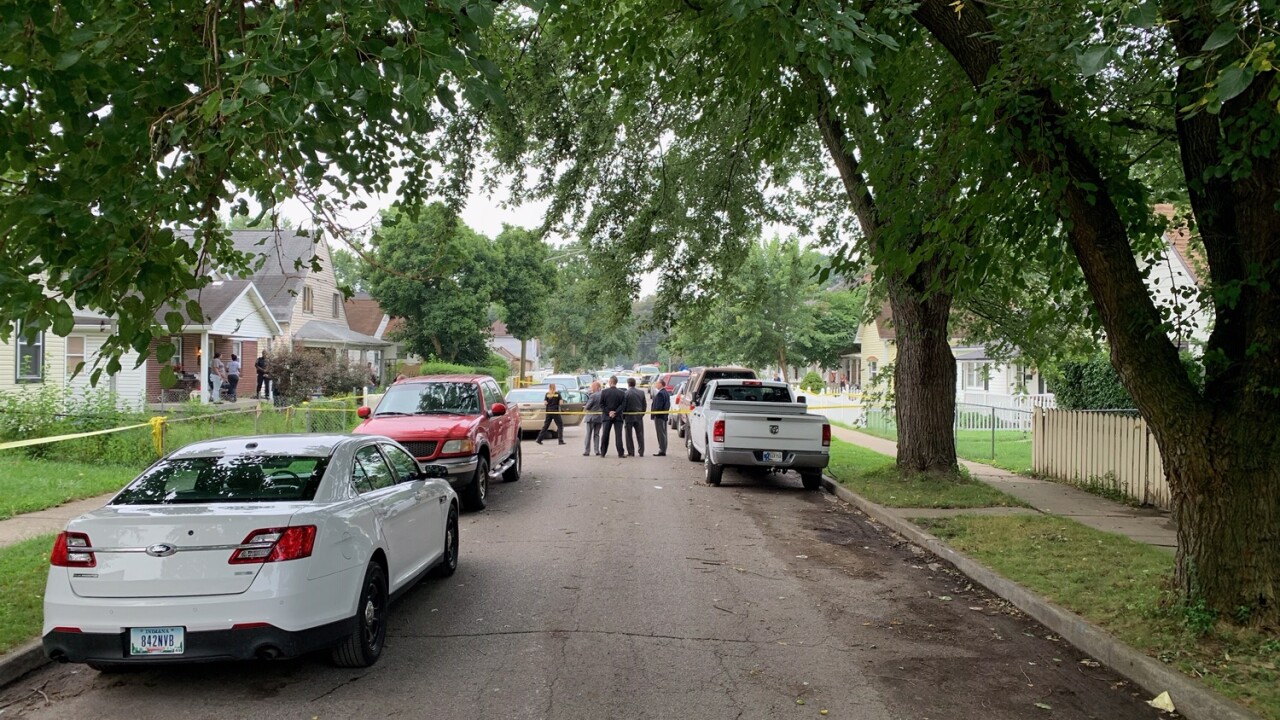 INDIANAPOLIS – Nya Cope was just 16 years old when a bullet cut through the car she was in. The bullet went through the backseat, into the head rest, hitting the back of her head, killing her.

In an instant, Nikki Cope lost her bubbly daughter.

“She was very kind,” Nya’s mother said. “She was nice, and sweet. Very loving, happy and giggly.”

Cope is one of dozens of homicide victims in Indianapolis in 2020. In a year with so much attention going toward the coronavirus pandemic and protests for Black Lives Matter, Indianapolis is also on pace to break its record for the most homicides in a year, by a wide margin.

Both criminal and non-criminal homicides (such as self-defense or defense of a third person) have increased in 2020, said Captain Roger Spurgeon of the Indianapolis Metropolitan Police Department Homicide Branch.

“We don’t want any deaths to happen violently if we can keep from it,” he said. “One death is certainly too many in our community.”

The city is also on pace to eclipse the usual number of total homicides, both criminal and non-criminal. Since 2015, Indianapolis has hovered between 160-180 total homicides per year. For 2020, the city is on pace for 230.

It may be hard to believe, but Indianapolis is far from the only city experiencing a drastic spike in homicides in 2020.

Asher is the co-founder of AH Datalytics, a crime data consulting organization.

Even with the increases in homicides nationwide, the murder rate in the United States has remained lower than it was in the early 1990s.

“I don’t want to minimize an increasing American tragedy, but it’s also important to have that context that we’re not in the early 1990s when murder was nearly twice as much as it is now,” Asher said.

Despite the issues with violence, crime as a whole is down nationwide.

“We talk about crime with a capital C,” Asher said. “That is down, and it’s down in 2020. … I think it’s important to be precise that crime is continuing to fall in the country, and it’s going to fall in 2020, but murder is up.

“And that’s a very specific problem.”

IMPD doesn’t take comfort knowing other cities are also seeing increases, but it may be a silver lining to Indianapolis’ current issues.

“We’re not alone in the violence problem,” Spurgeon said. “If it was only Indianapolis that was spiking and the rest of the country was staying whatever their normal levels are, I’d be much more concerned about what is going on in Indianapolis. … By the fact that many other communities are suffering the same thing, it just indicates there’s something going on, on a larger scale that we as a country need to try to get grips with.”

The simple, if unsatisfying, answer to the question of why homicides are spiking in Indianapolis – and elsewhere – is nobody really knows.

There are many potential factors such as the stress of staying home during the pandemic, the economic upheaval that followed and the protests stemming from the death of George Floyd in Minneapolis.

“I think there’s probably all sorts of factors that are involved in that,” Spurgeon said. “It probably doesn’t help having had the pandemic and civil unrest that we’ve had. But certainly can’t point to either one of those and say ‘Oh, yeah. That’s why.’”

Asher said the lack of widespread knowledge as to why homicides are increasing in 2020 is “an indictment on American crime data collection.”

“It’s challenging just to identify the trend,” he said. “We would need significantly better data collection to be able to strongly say X or Y is likely the cause. Otherwise, we’re sort of guessing wildly.”

There are a number of long-term, systemic issues Spurgeon cited that affect the city’s crime rate that don’t have anything to do with the current climate, such as impulse control, conflict resolution, mental illness, addiction, “don’t snitch” culture, glorification of violence to get street cred and others.

“I could probably go on, but that’s a good list,” he said.

In 2020, the motives for homicides have varied. Some are domestic situations. Others are driven by drugs. But some are more unusual.

“We’ve gotten things where people have been killed over looking at somebody wrong, over parking space disputes, just silly things that nobody should lose their lives over,” Spurgeon said. “The point is, it’s not any one thing. … It seems to me the reasonings have been more spread out than in years past, and I’m not sure why that is.”

To curb the violence problem in Indianapolis, IMPD has made officers’ beats geographically smaller in 2020. The idea is with a smaller area, the officers can develop stronger relationships with the people who live there.

Another potential solution officials look toward is Operation Legend, a program where federal law enforcement works with locals to fight crime, specifically gun violence. The Department of Justice announced last month it will provide 40 federal investigators for 45 days. The Department of Homeland Security has also made 17 agents available. Since the initiative expanded to Indianapolis, at least 26 people have been charged with federal crimes.

But neither of those help people like Nikki Cope, the grieving mother of the 16-year-old killed on May 3 by a stray bullet.

The girl’s mother and a friend were visiting from their home in Marion, Indiana, located about an hour-and-a-half northeast of Indianapolis. They ended up at the intersection of 38th Street and Arlington Avenue where a crowd had gathered. The stray bullet that killed the teen was shot from someone in the crowd.

There have been no updates in Nya’s case, her mother said.

“All I can say is I wish someone would come forward,” Nikki said. “We need justice, we need peace. This disturbs my life every day. I cry several times a day. I wake up upset all the time. My life has really been turned upside down in this situation, because my daughter was my life. And they took her from me.”

She pleads over and over for somebody to step up and tell police what happened.

“If it’s bothering you and on your mind and on your conscious, you need to come forward and tell, you need to talk,” Nikki said. “You need to help me so I can sleep well so I can rest, so my tears will calm some. … What if it was someone in your family, your child?”

Nikki said she did want to move to Indianapolis – before the shooting happened.