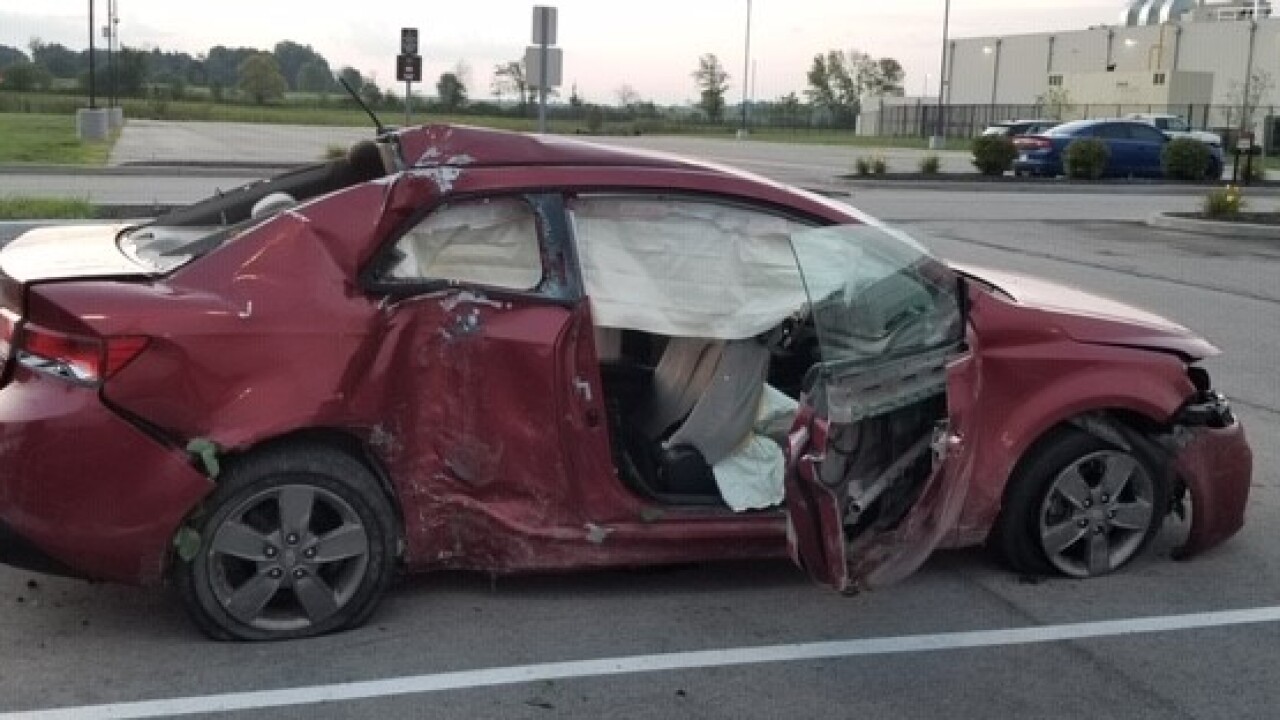 NEW CASTLE — A 21-year-old is dead and three others were arrested after a deadly crash early Sunday morning near New Castle.

Henry County Sheriff's deputies and emergency personnel were called around 5:40 a.m. to a parking lot in the 100 block of East County Road 400 South after a person told authorities there was an unresponsive male inside a damaged car, according to a press release from the sheriff's office.

An 18-year-old, of Spiceland, left the roadway near East County Road 400 South and Brooks Drive and struck a utility pole, according to the release.

When they arrived, they found James Davis, 21, of Greenfield, dead inside the car, according to the release. Deputies later found the driver and other passengers who were in the car at the time of the crash.

No other serious injuries were reported.

Investigators believe alcohol was a contributing factor of the crash, according to the release.