One killed, suspect in custody, after police chase ends in crash in Lawrence 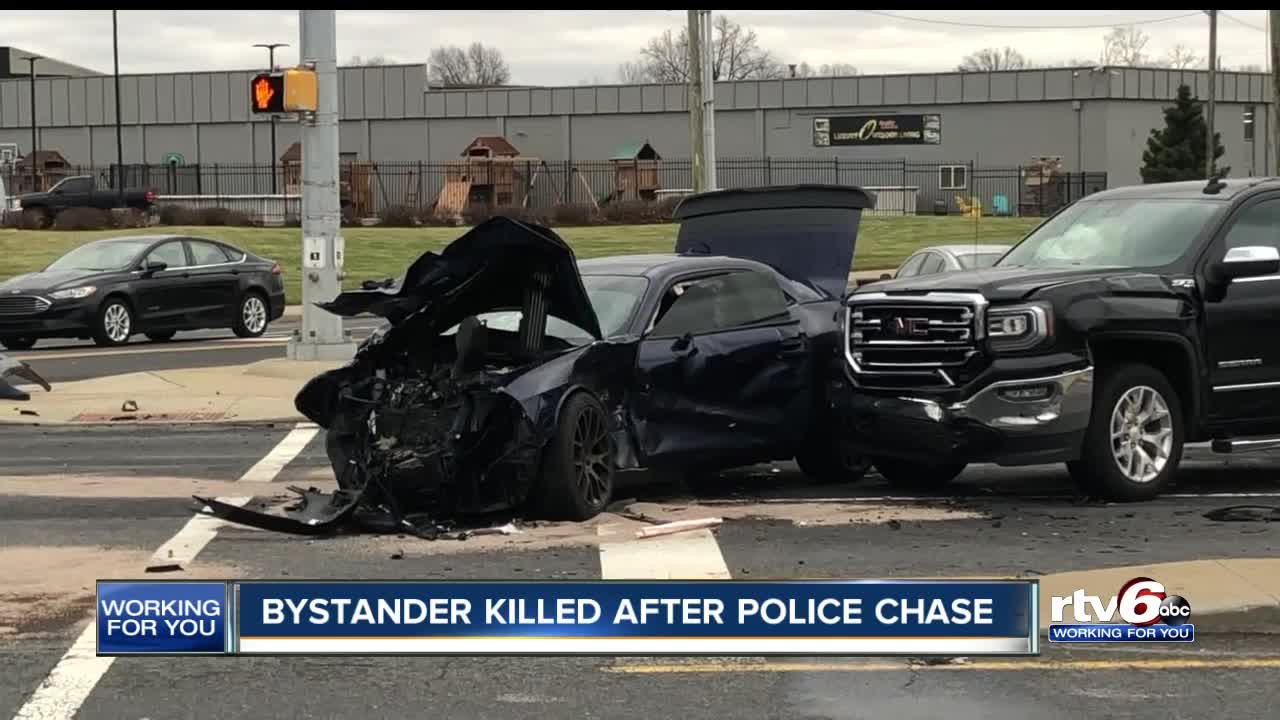 One person was killed after a suspect ran into their car during a chase Monday afternoon on the northeast side of Indianapolis.

INDIANAPOLIS — One person was killed after a suspect ran into their car during a chase Monday afternoon on the northeast side of Indianapolis.

Indianapolis Metropolitan Police Department officers attempted to stop a driver, who was a suspect in a federal firearms investigation, around 1 p.m. near Newport Drive and Pendleton Pike, but the driver did not pull over, IMPD Officer Grace Sibley said in a press release.

Officers lost sight of the vehicle as it entered Hancock County, Sibley said.

The suspect eventually crashed into another car near Pendleton Pike and Oaklandon Road in Lawrence after disregarding a traffic light, Sibley said. IMPD officers were looking for the vehicle at the time of the crash but not pursuing it.

A Lawrence Police Department officer was behind the suspect's vehicle at the time of the crash, Sibley said.

One person who was in another car was killed in the crash, Sibley said. The Marion County Coroner's Office has identified the crash victim as Indianapolis resident 64-year-old Charles Alexander.

A passenger in the car was taken to a local hospital after they were injured and is expected to survive.

The suspect, who has not been identified, was taken into custody, IMPD Officer Michael Hewitt said at the scene.

Anyone who has information or may have witnessed the incident is asked to call Crime Stoppers of Central Indiana at 317-262-TIPS (8477) or IMPD homicide detectives at 317-327-3475.