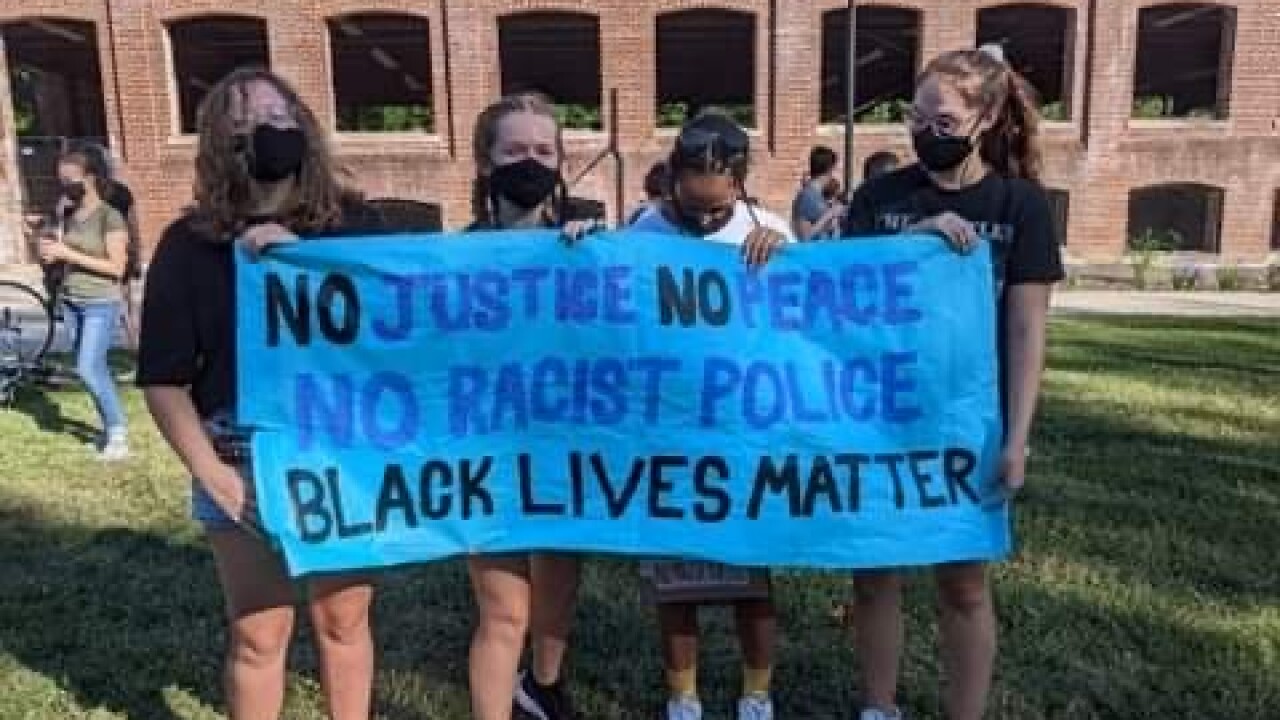 Mackenzie Philpot/Photo Provided
A driver drove through protesters who were marching on Saturday, September 5, 2020, in Richmond.

RICHMOND — A driver drove through protesters walking in the street Saturday evening in Richmond, according to police.

Some people reported minor injuries to police after the incident around 5 p.m. near North 7th and North A streets, Richmond Police Department Capt. Curt Leverton said in a press release.

No arrests were immediately reported and detectives are asking for anyone who witnessed or has video of the incident to call them at 765-983-7247.

"I am angry and disappointed that anyone would disregard the safety and wellness of fellow citizens and attempt to bring harm to people expressing their freedom of speech," Snow said in the post. "I completely understand the circumstances of 2020 have left many of us feeling stressed, and we are ending summer on a contentious note of heightened political disagreements. However, none of that is more important than the safety of our citizens and the preservation of our civil liberties."

Benjamin Guard, who is involved with the Black Lives Matter movement in Richmond helped organize the march.

"When it happened there was definitely a lot of anger and emotions, questioning why this would happen," Guard said. "You don't think of Richmond being this divisive, as someone trying to harm others in a terrible way. Looking back, I know moving forward with anger is not the right reaction."

People who were in the march said they were in a crosswalk when the car drove towards them.

Marty Hancock was in the crosswalk when the incident happened. He's involved with the Black Lives Matter movement in Richmond.

"I was about six feet away from his right headlight and I ran toward his vehicle, yelling for him to stop," Hancock said in a message. "I pounded on his hood. There were others directly in his path. One young man had both hands on the hood before he spun out of the way. Another young lady rolled off the vehicle and was hit by only the mirror."

Hancock said this incident won't stop him from participating in future protests or from speaking out against injustice.

"It's exactly this type of behavior that needs to be exposed right here in my hometown," Hancock said. "Now, more than ever, we have to keep marching, keep speaking up, keep standing against these acts, which only divide us further than we are."

WRTV reached out to the Richmond Police Department by email Sunday afternoon for an update and is awaiting a response.