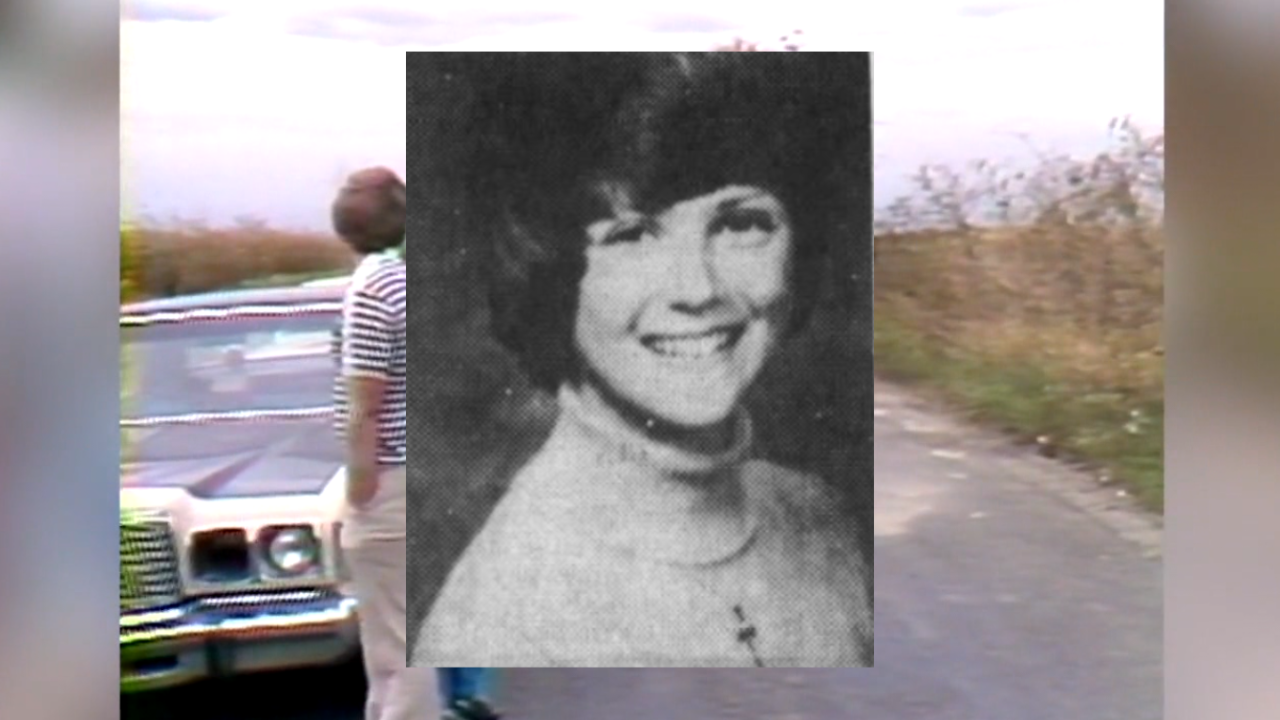 Ann Louise Harmeier, 20, was reported missing on Sept. 12, 1977, after she failed to return to IU's Bloomington campus, where she was a student.

Police found her rust-colored Pontiac Lemans about two miles north of Martinsville on the shoulder of State Road 37, according to state police. Her car was locked, empty, and had a faulty thermostat.

36 days later, her body was found in a cornfield about seven miles northeast of Martinsville, according to state police. She died from strangulation by a shoelace.

A story on the front page of The Palladium-Item by Richard Holden on Oct. 19, 1977, reports her personal items and clothes she wore the day she left Cambridge City for IU's Bloomington campus were found near her in the cornfield.

"It was about 200 yards from a county road in corn standing over seven feet high," Holden reported in the story.

A story from the Associated Press on the front page of the Tipton County Tribune on Oct. 19, 1977, Lawrence Stafford, a farmer, told AP his children often rode motorbikes through the area where Harmeier was located.

"I was just going along picking corn and ran on the body there laying between two rows," Stafford told the AP.

"Please, please let us know where she is," Marjorie said. "Dead or alive."

The anniversary of the murder & sexual assault of Ann Harmeier, a 20 year old IU student, is September 12th. ISP Detectives are actively working to solve this 43 year old cold case. If you have any information, please call 812-332-4411 ~Tips can remain anonymous~ #WhoKilledAnn pic.twitter.com/Z2j6YQNVaP