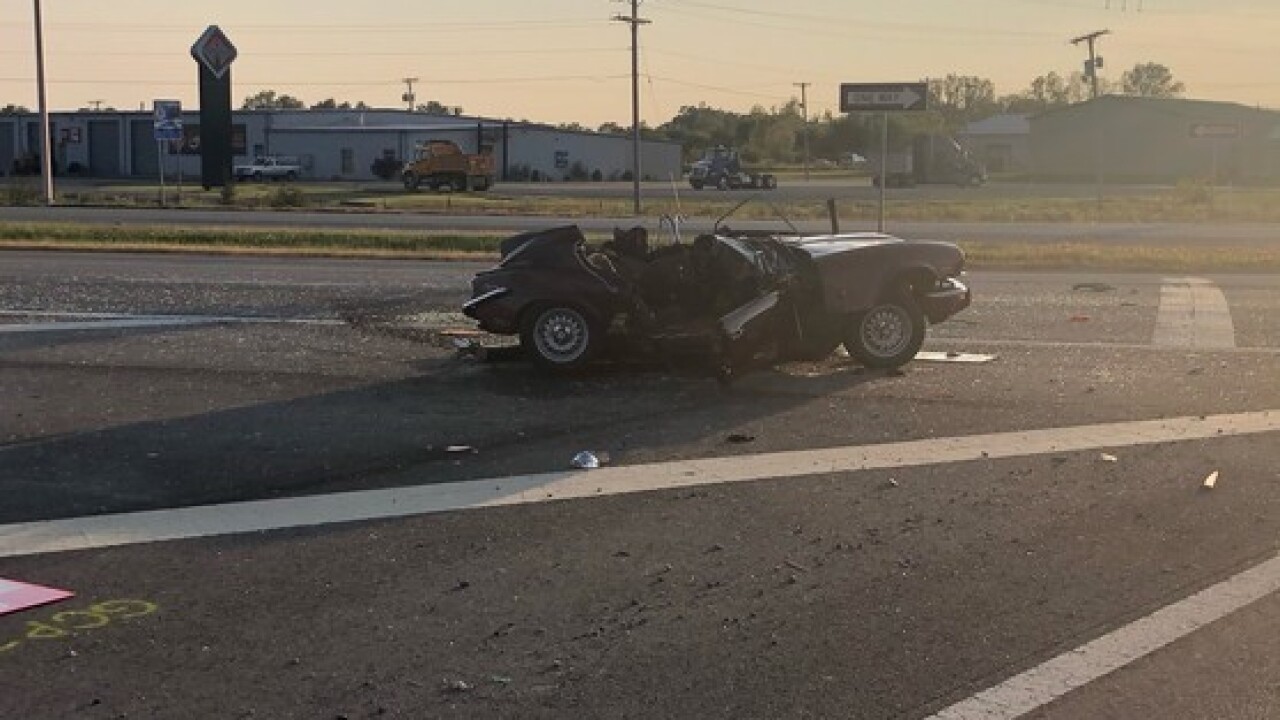 MUNCIE — A 28-year-old Tipton man is dead after a crash Saturday evening near Muncie, according to state police.

Matthew Adams was killed in the three-car crash after he was stopped at a red light and a man driving a truck didn't see the stopped traffic and crashed into the 1972 Triumph sports car he was driving, Indiana State Police Sgt. John Bowling said in a press release.

The crash happened around 4 p.m. near McGalliard Road and the Muncie Bypass, Bowling said.

Adams' 27-year-old wife, who was in the passenger seat of the sports car, and the driver of another vehicle involved were taken to IU Health Ball Memorial Hospital for non-life-threatening injuries, Bowling said. The driver of the pickup truck, a 28-year-old man, of Indianapolis, was uninjured.

Alcohol or drugs are not believed to be factors in the crash, Bowling said. Troopers are still investigating the crash and charges may be filed in the future.