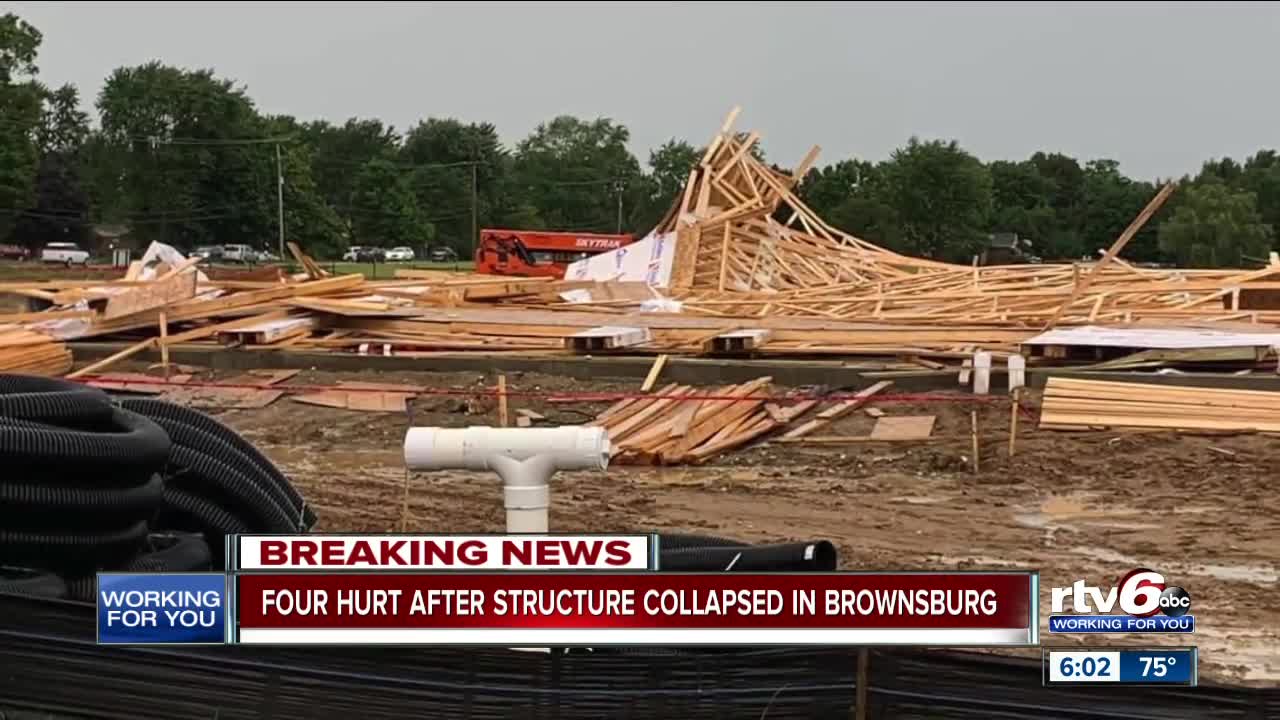 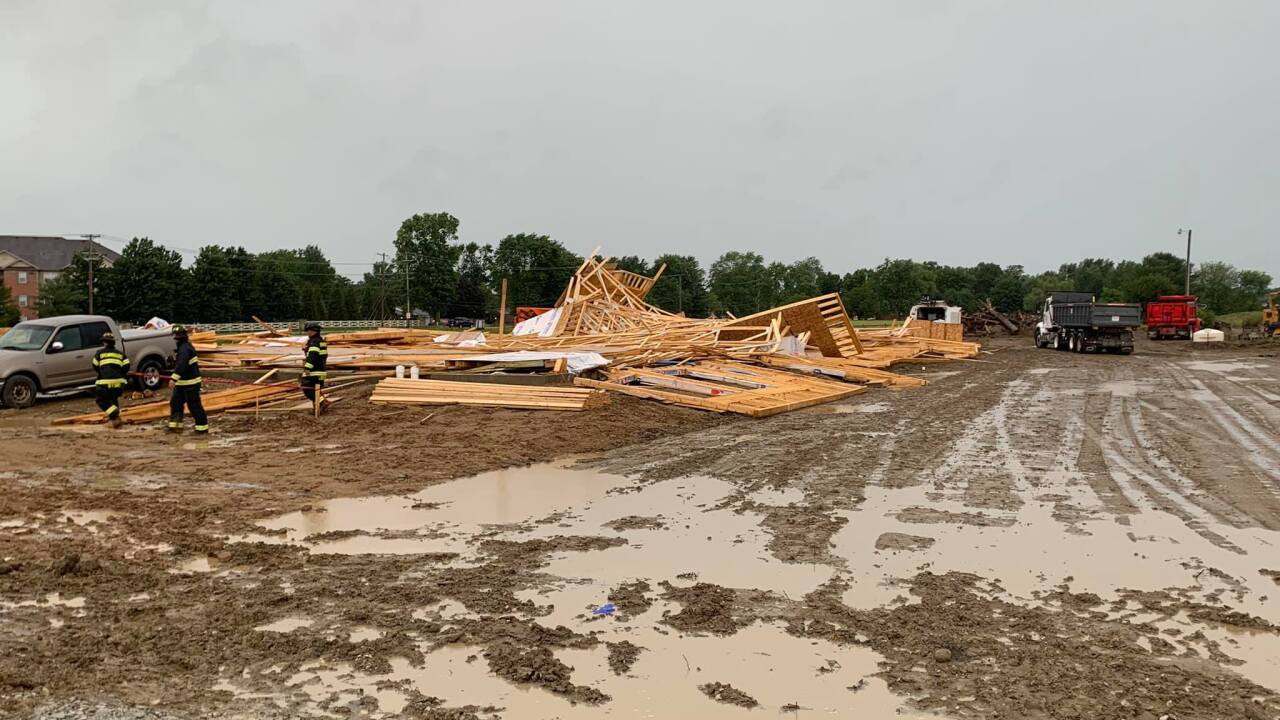 One person was trapped when the building collapsed. They were extricated by other workers before the fire department arrived. Four total people were taken to the hospital – three adults and one juvenile. The juvenile patient was in critical condition.

Authorities couldn’t confirm the exact cause, but the call came out immediately after the storm.

The building is going to be a three-occupancy miniature strip mall, gas station and convenience store.