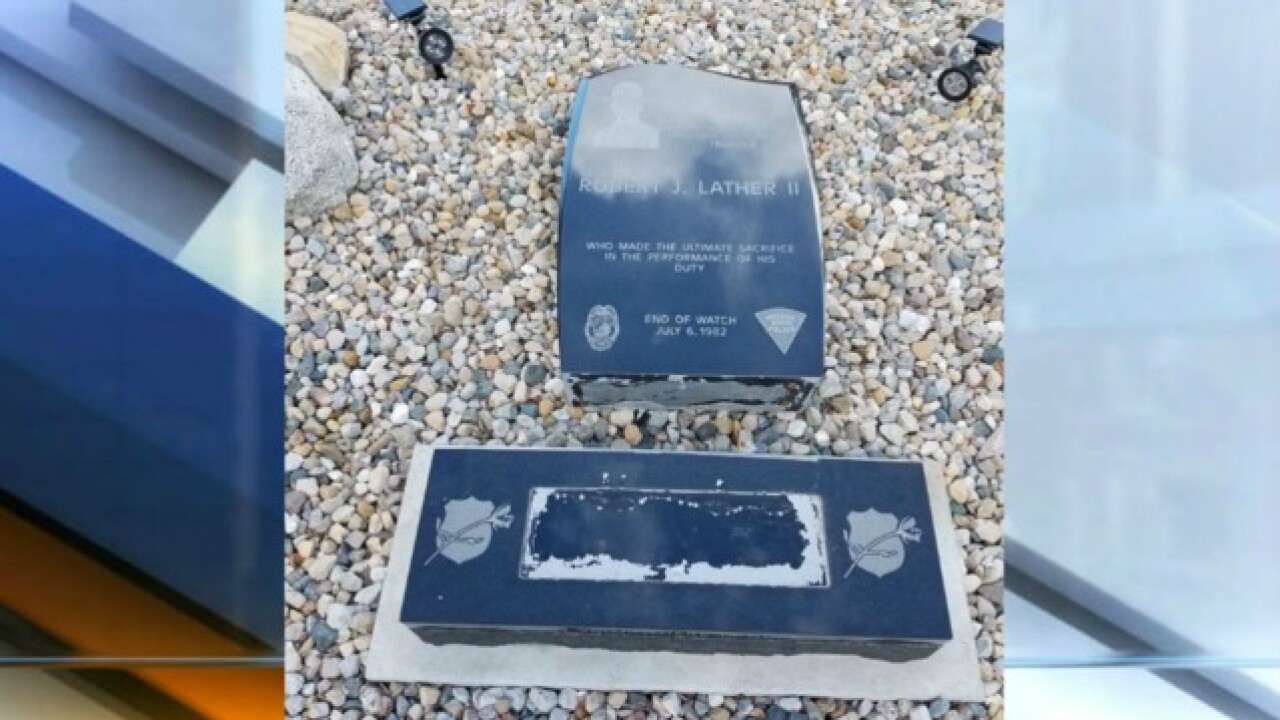 AVON, Ind. -- A man is behind bars after police say he destroyed a fallen officers monument and fought with officers.

A man was visiting the Avon Police and Court Building when an employee noticed he kicked over the monument. His identity has not been released.

The statue was added in May 2017 in honor of Indiana State Police Trooper Robert J. Lather II.

Lather was killed in 1982 when his patrol car was struck by a car that he was attempting to stop, traveling almost 100 mph.

Police used a less-lethal beanbag shotgun to take the subject into custody. No officers were injured.