Interim Knightstown chief: 'Just bear with us' after most of police force resigns 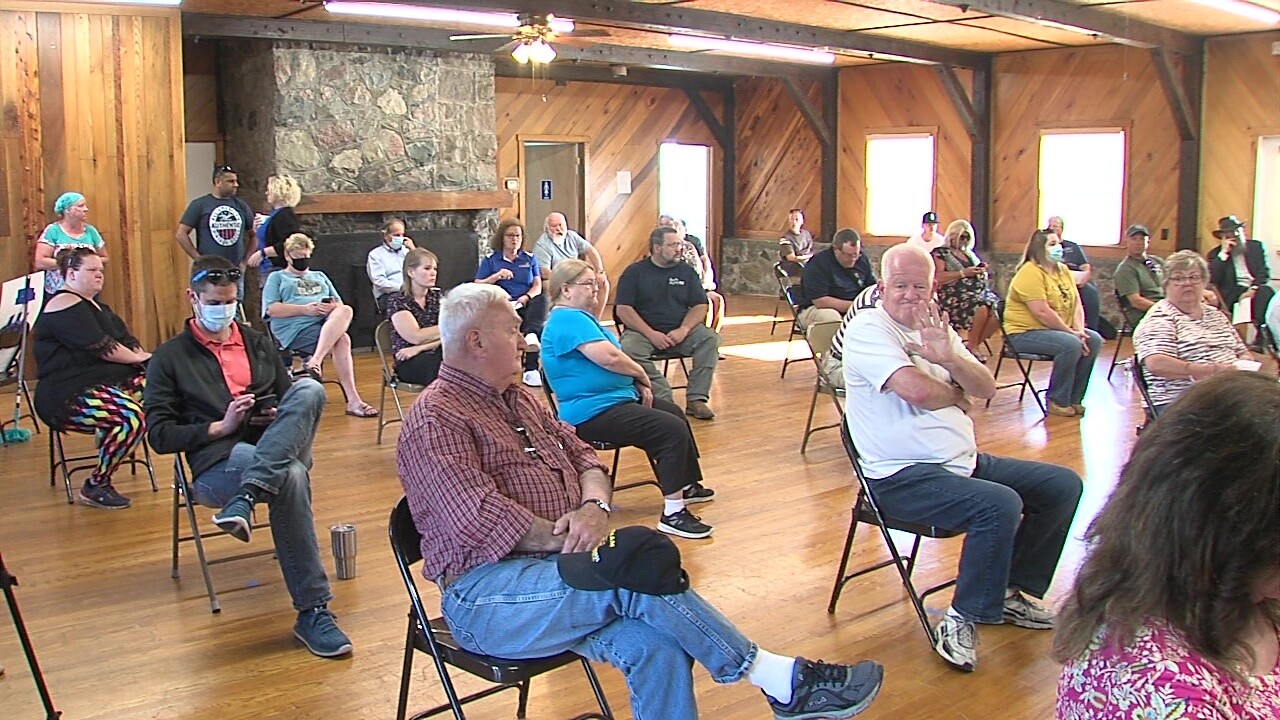 Knightstown residents questioned their town council Thursday evening, a month after most of the town's police officers resigned.

KNIGHTSTOWN — Residents of Knightstown questioned the town council over its police force at a public meeting Thursday night, after most of its officers resigned last month.

The interim chief, Frank Beatrice, spoke at the meeting.

Beatrice said the areas the Knightstown Police Department doesn’t cover, the Henry County Sheriff’s Department will cover. He said the department took 56 calls from June 1 to June 18, ranging from drugs to car accidents.

“No one has been fired or suspended from the Knightstown Police Department,” Council President Sarah Ward said. “Additionally, I want to ensure the public that we do have a police department. We have a full-time chief, who is on medical leave, as the newspaper has reported, a full-time interim chief … a full-time officer, two part-time officers and three reserve officers. We thank the KPD officers for carrying out their duties during this unprecented time in Knightstown and in our country.”

Kerry Ohaver, a former reserve officer with Knightstown, accused the town council of disliking the chief, who is on leave.

“This has been an ongoing problem between Chief Newkirk and the town council,” Ohaver said. “There are many reasons that we can’t figure out what they have against a guy who has done nothing but try to improve the public safety in this town.”

During public comment, most residents called for the council to figure out what happened and get the officers back.

“I don’t have any beef with any new officers, I’m sure they’re wonderful,” said Diana Eyster. “But I think we need to figure out what we need to do to get those officers back.”