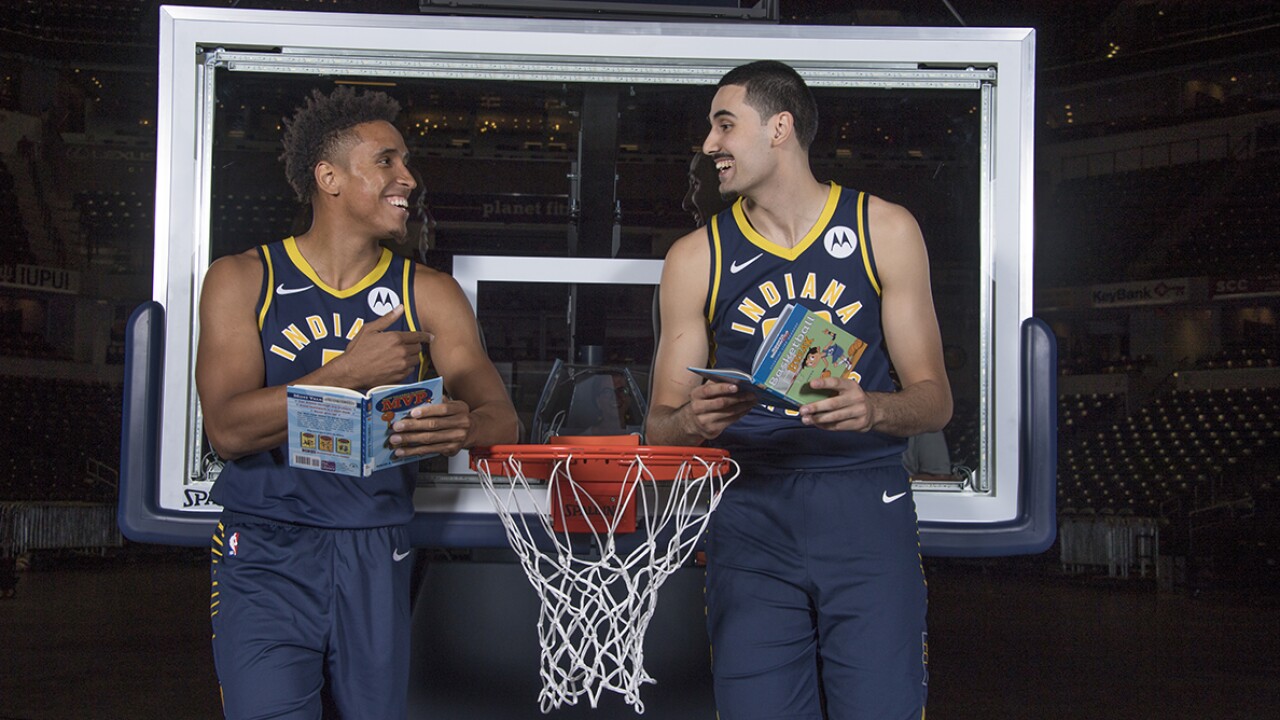 INDIANAPOLIS — Children will be able to call and listen to Indiana Pacers' players and personalities read basketball-inspired books starting Monday.

The Indianapolis Public Library and Indiana Pacers are teaming up for the 27th year of Call-a-Pacer, according to a press release from the Pacers. The program will run through June.

The following is schedule from Indianapolis Public Library of when players and personalities will be reading books:

More than 43,000 calls were placed during the Call-a-Pacer program in 2019, according to the library.

You can view more information about the program here.