The Indy Airport is one of only eight U.S. airports to receive the top health accreditation. 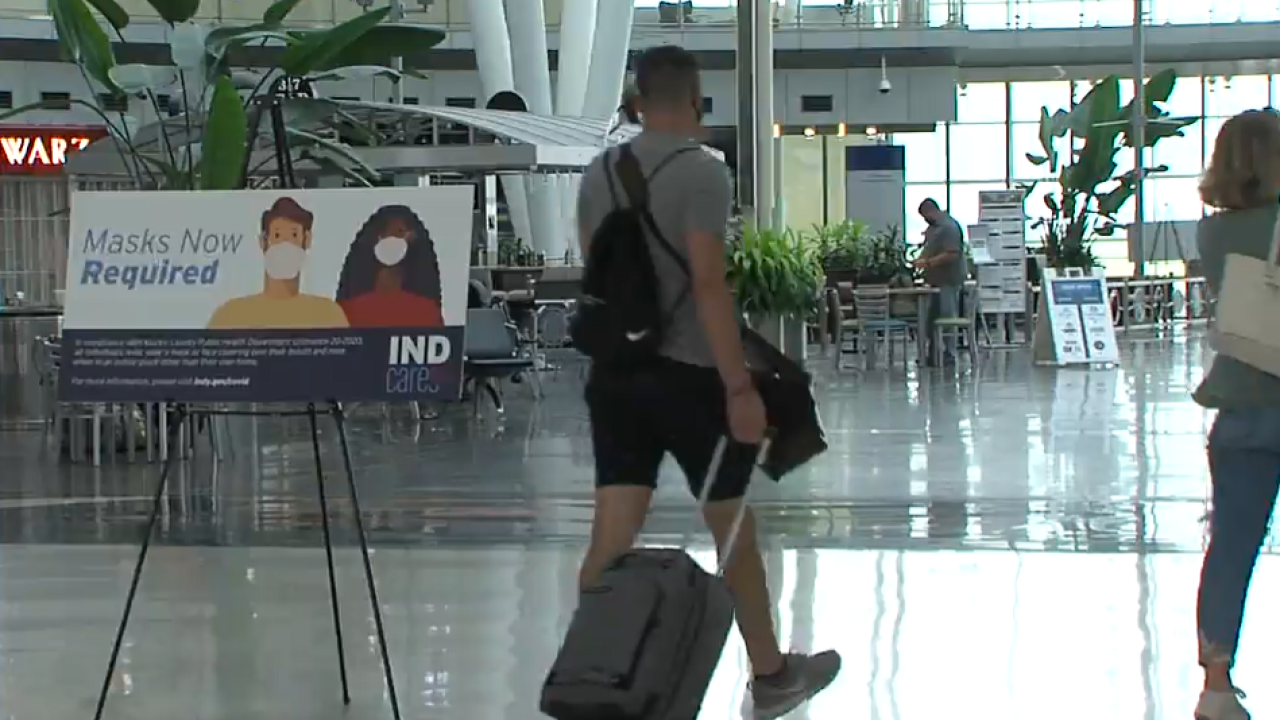 INDIANAPOLIS — The Indianapolis International Airport (IND) has been designated with an "Airport Health Accreditation" from the Airports Council International because of its response to the pandemic.

According to the Indy Airport, it is one of only eight airports in the United States to earn the designation as a healthy airport in a COVID-19 world.

“This designation is significant among airports, and it is a testament to our employees who have worked diligently since the pandemic emerged to help keep the airport clean and as safe as possible for the traveling public,” Keith Berlen, the Indiana Airport Authority's senior director of operations and public safety, said. “They are among the heroes in this unprecedented time.”

IAA has implemented many safety measures throughout the airport and its terminals since March. Click here to see the list of procedures and protocols the airport has instituted.

As the pandemic continues and requirements change, the ACI's accreditation requires IAA to complete an on-going self-assessment.

“I am very impressed in how the Indianapolis International Airport has swiftly adapted to new realities to introduce new measures based on globally consistent protocols,” Felipe de Oliveira, ACI’s World Director-General, said.

The other U.S. airports that have received this health accreditation are BOS, CVG, JFK - Terminal 4, EVV, SEA, SRQ, and SAN.