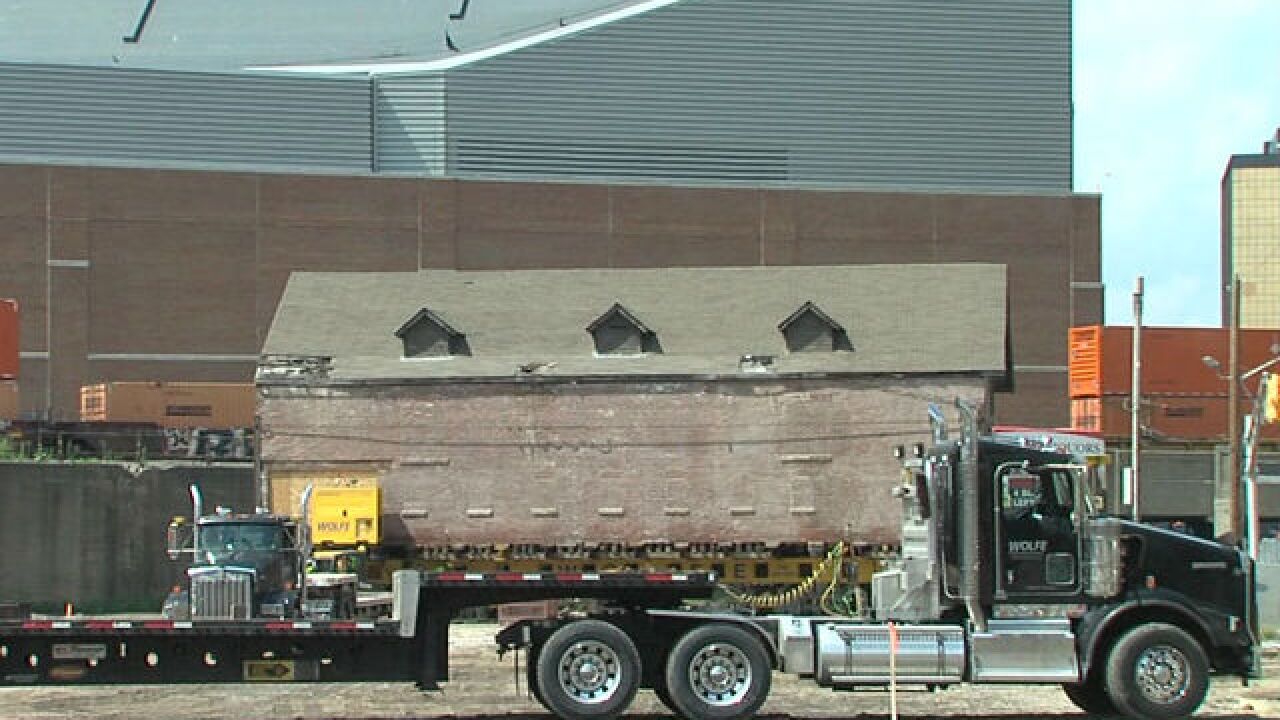 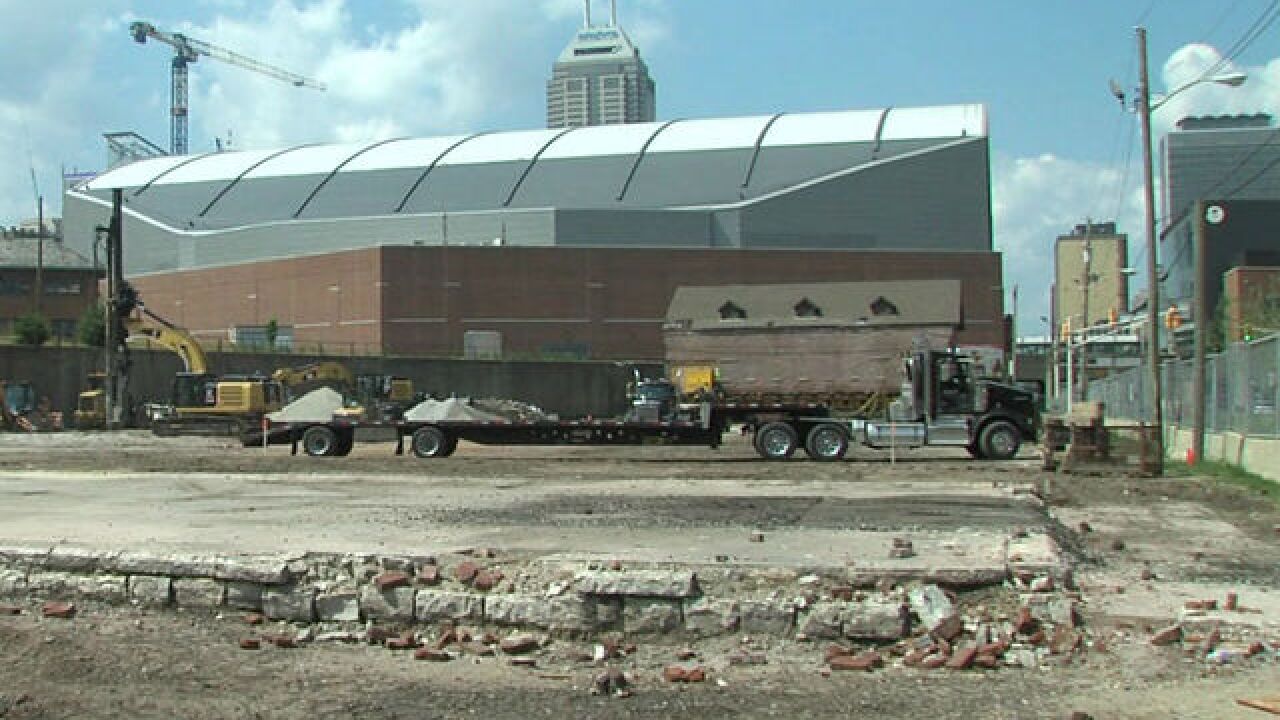 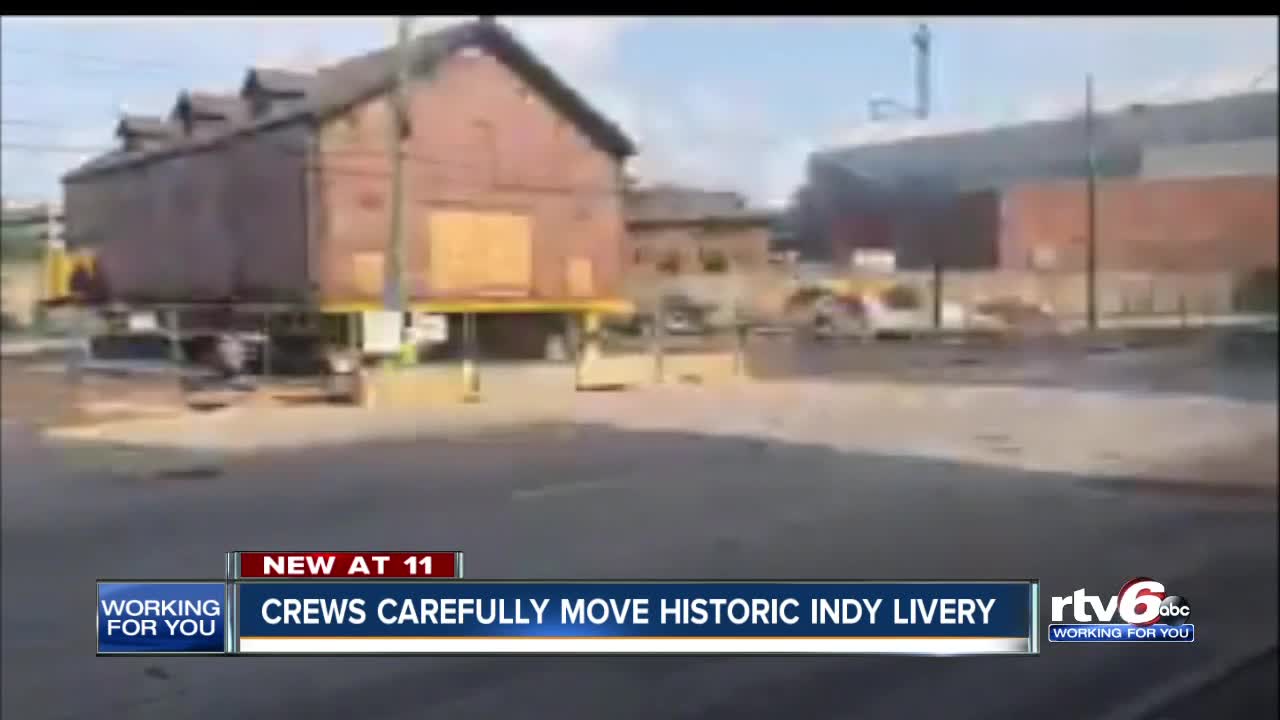 INDIANAPOLIS -- A historic building in the way of a downtown Indianapolis development couldn't just be torn down -- it had to be moved.

The livery on S. Delaware Street had to be carefully picked up and moved a few hundred feet across an Indianapolis parking lot. The building was built in the mid-1800s to house horses and carriages. It's on a historic registry, so it will be salvaged and permanently moved somewhere else.

The space will soon be part of the CityWay Phase Two project, which will bring apartments, retail space and a pharmacy to the area across the street from the Alexander Hotel.

The Wolfe House Movers Vice President Andrew Heck said it took several days to prepare the building for the move, and several hours to slowly wheel it across the lot.

"You start putting holes in the foundation, you put the beams in," Heck said. "We use a unified jacking system to lift it up. And then our jacks tell us what pressure and hole much each pile weighs so we know where to put the dollies."

In the next couple of weeks, Buckingham Properties, which oversees CityWay, will reveal how the old livery will have life with a new business. The city said a new restaurant could be going there.