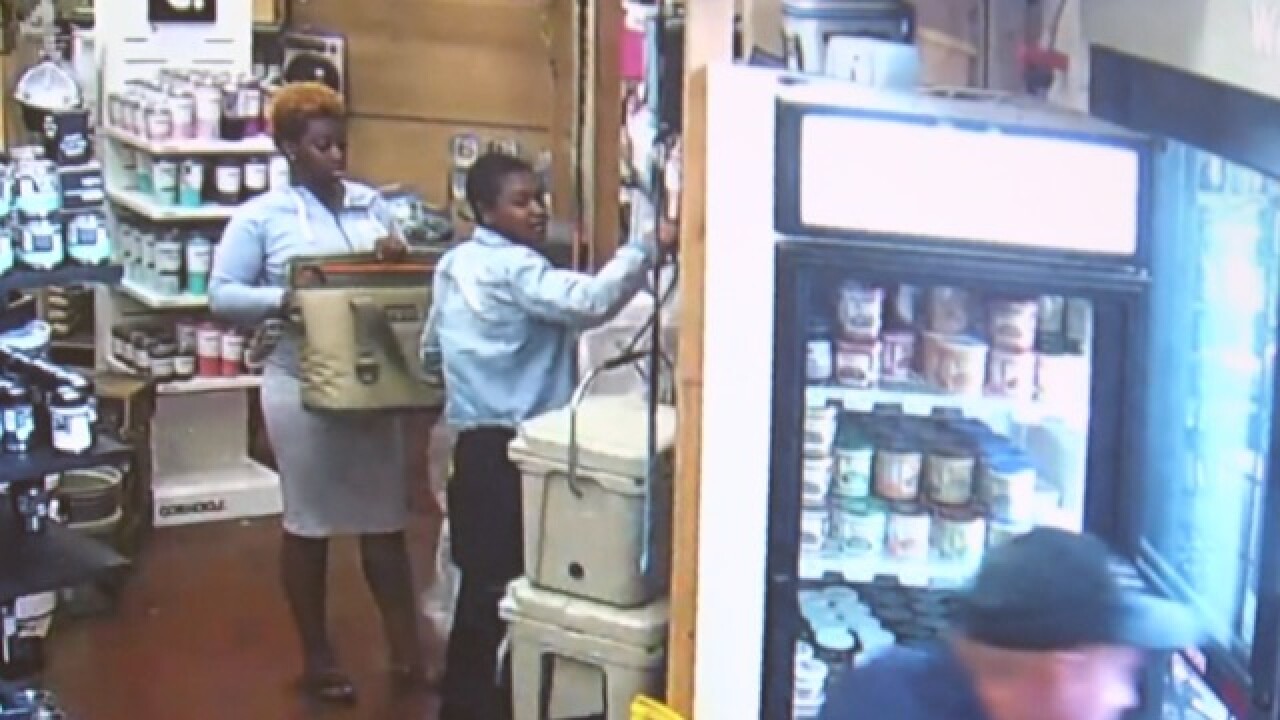 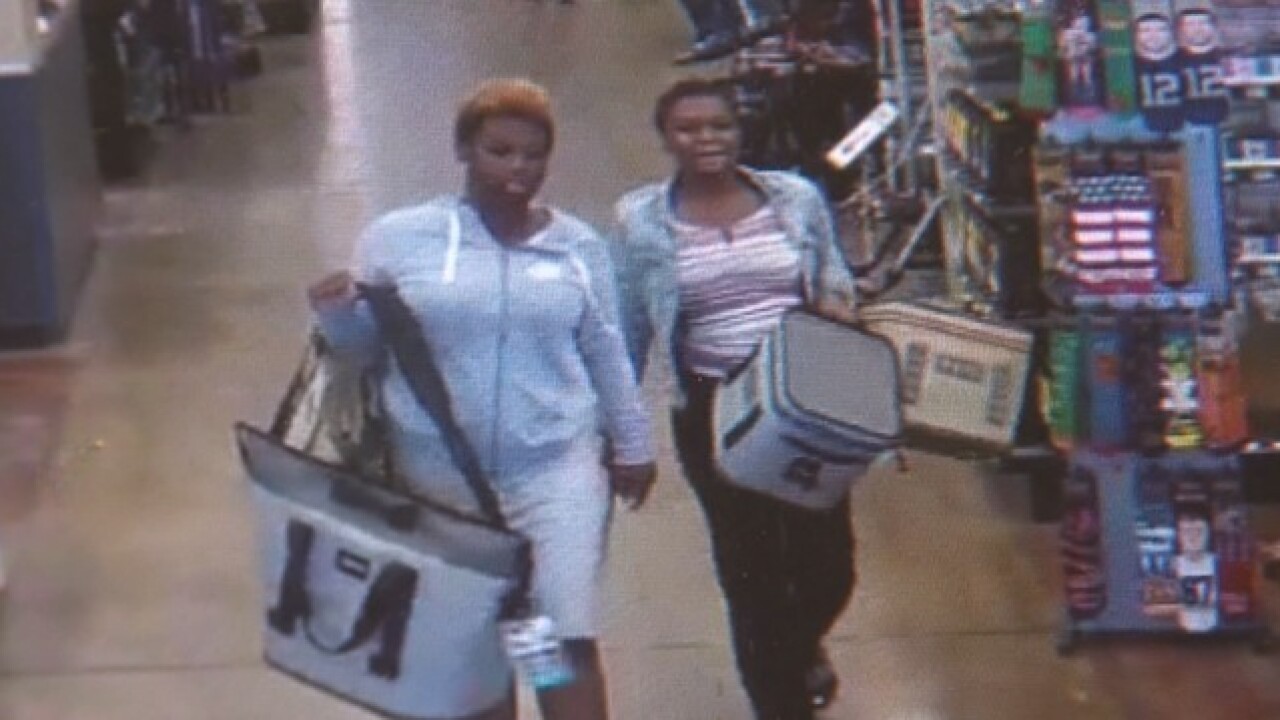 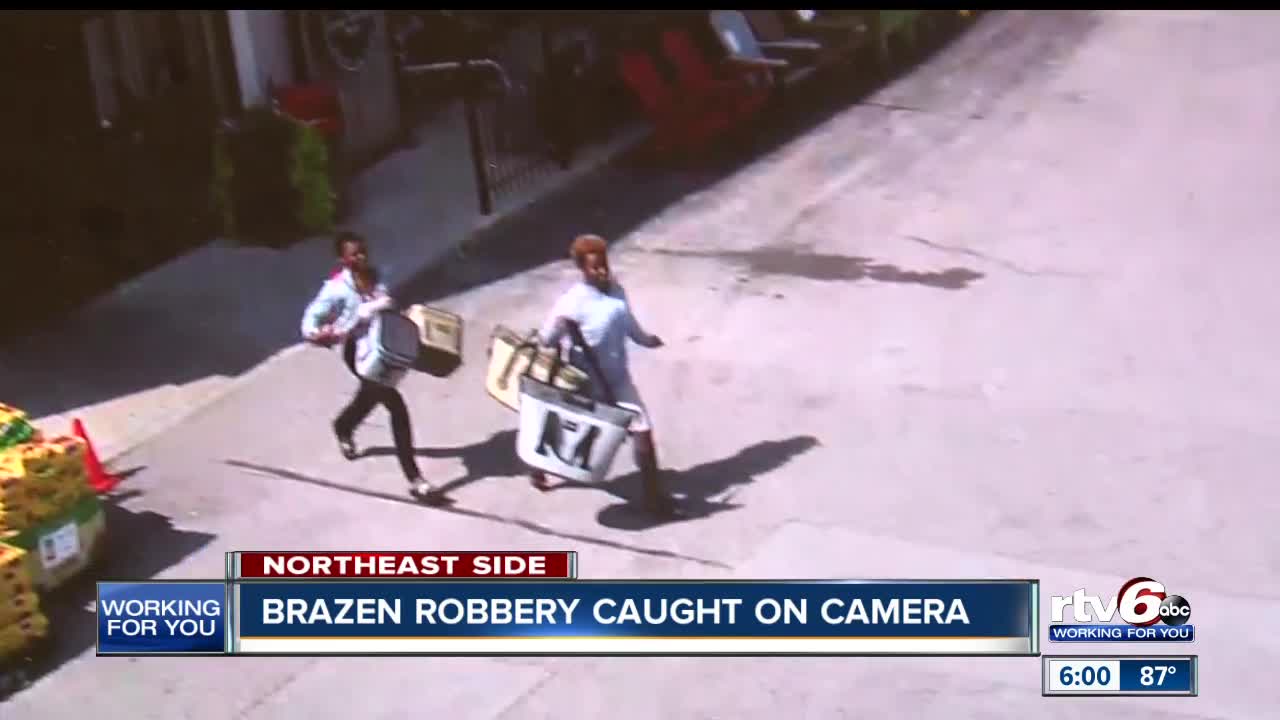 INDIANAPOLIS – An Indianapolis hardware store is asking for help after two suspects stole at least $1,200 in coolers and pepper sprayed one of their employees.

Two suspects were in Sullivan Hardware Store, located at 6955 N. Keystone Ave., around 11 a.m. on Friday for just three minutes, took four Yeti coolers and pepper sprayed an employee when she chased them in the parking lot.

The 24-year-employee was treated by EMS crews, who washed the pepper sprayed out of her eyes.