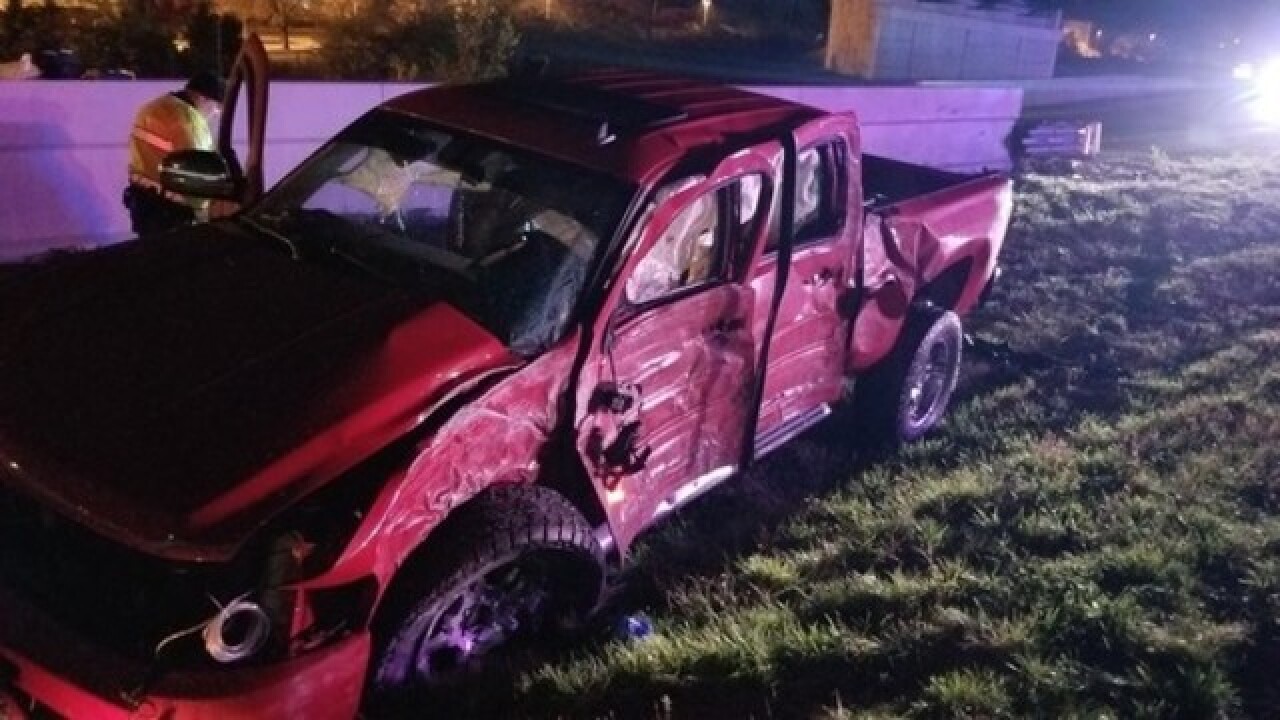 Copyright 2018 Scripps Media, Inc. All rights reserved. This material may not be published, broadcast, rewritten, or redistributed.
<p>A man was pronounced dead at the scene after he crashed his pickup truck near I-74 and I-465 on Saturday, November 3, 2018. <em>Photo Provided/Indiana State Police</em></p>

INDIANAPOLIS -- A man died after he crashed on an interstate early Saturday morning in Indianapolis.

Indiana State Police were called around 2 a.m. to the area of the ramp from Interstate 74 eastbound to Interstate 465 southbound on the report of a pickup truck with major damage.

When troopers and emergency responders arrived, they found a man unconscious inside the truck. He was later pronounced dead at the scene by medics.

State police said in a press release the driver was not wearing his seatbelt and appears to have been "thrown around" inside the vehicle.

At this time, investigators do not believe any other vehicles were involved in the crash.

The name of the victim has not been released.