Dinner at Indy steakhouse leads to thousands in fraudulent charges

The woman's wallet was stolen out of her purse while she was eating at an Indianapolis steakhouse.

The victim's wallet was stolen out of her purse while she was eating at Sullivan's Steakhouse on E. 86th Street in April 2018.

"My purse was hanging on the back of my chair," said the victim, who wishes not to be identified. "I was there the whole time, but when I got home I reached in for my wallet and realized my wallet was gone."

Police believe a man and a woman stole the wallet, then used debit and credit cards at Target and Best Buy stores in Indianapolis and Westfield.

The purchases at both stores totaled more than $17,000.

In the surveillance photos seen below, the male suspect can be seen laughing and grinning as he entered the stores before using the woman's cards to make very large purchases. 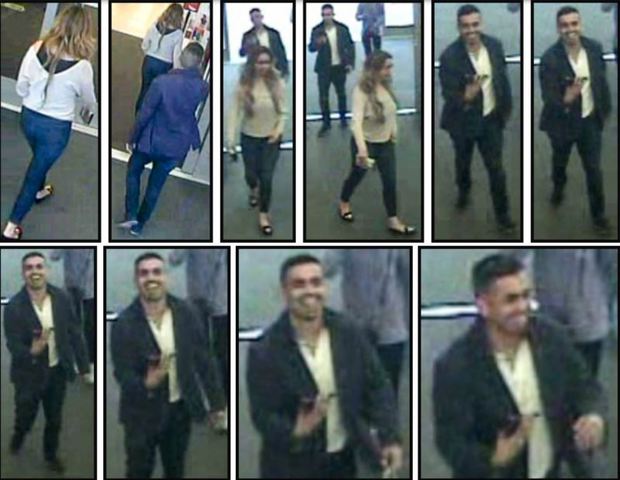