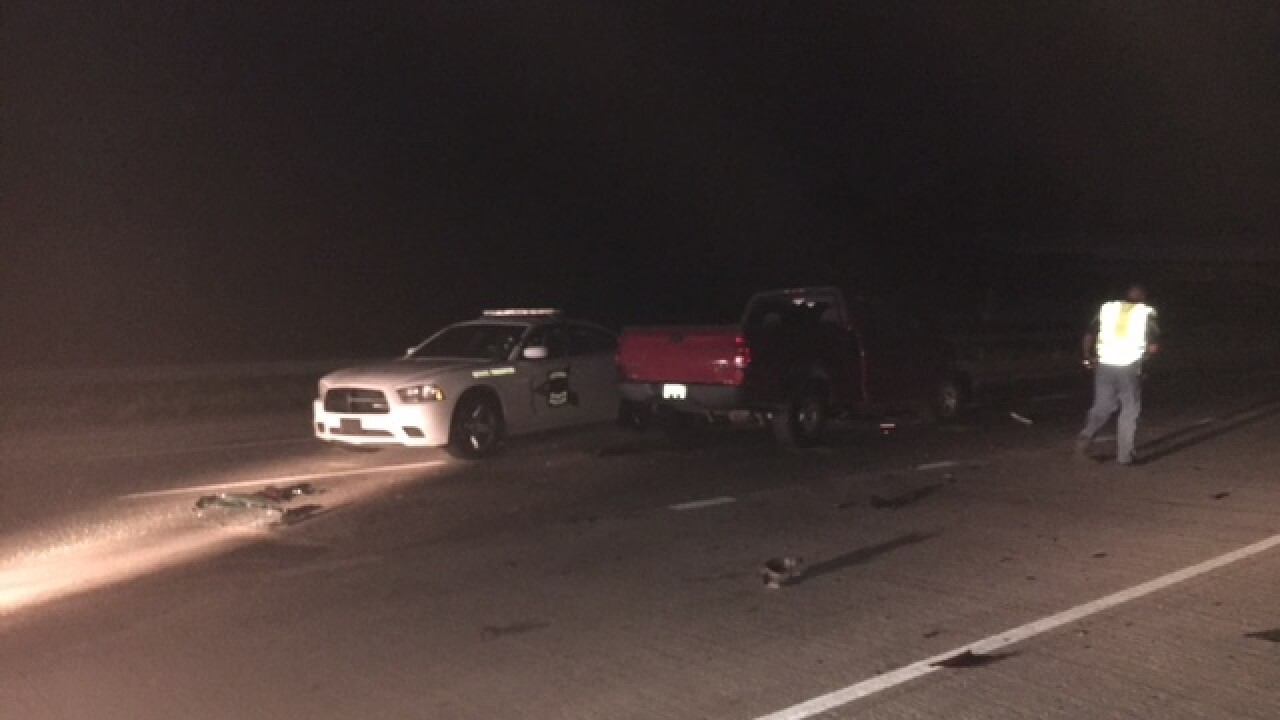 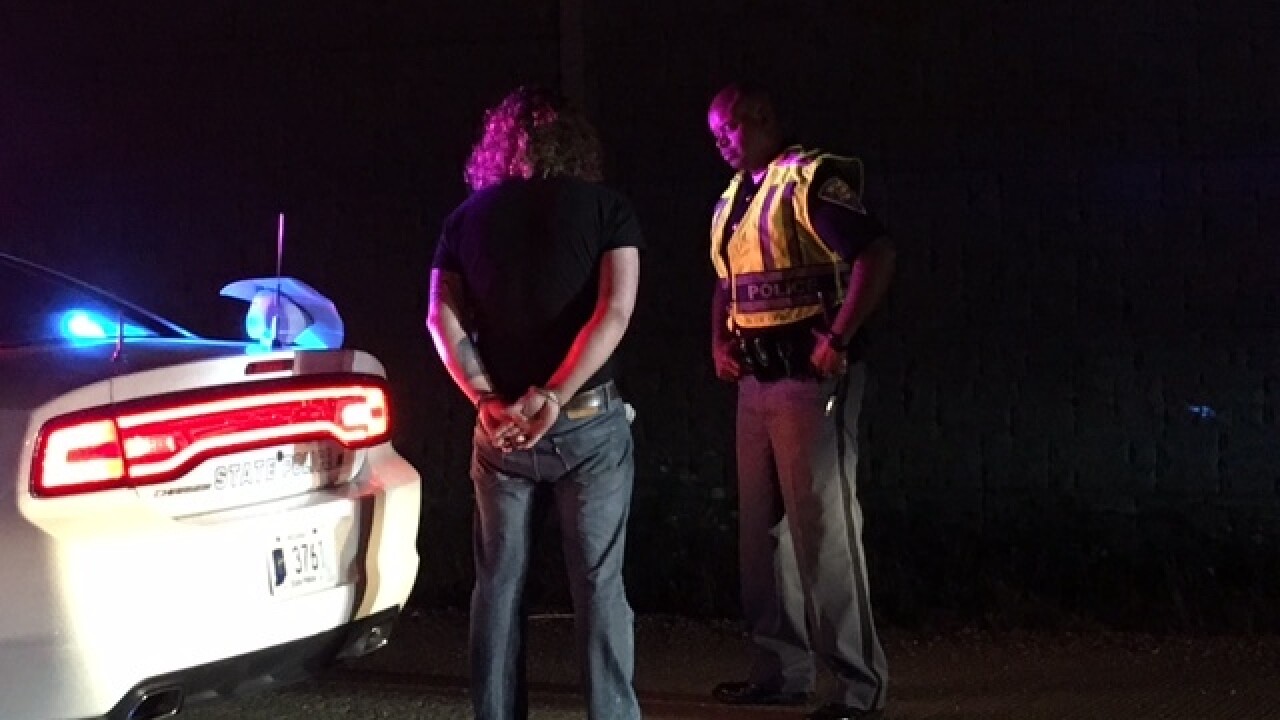 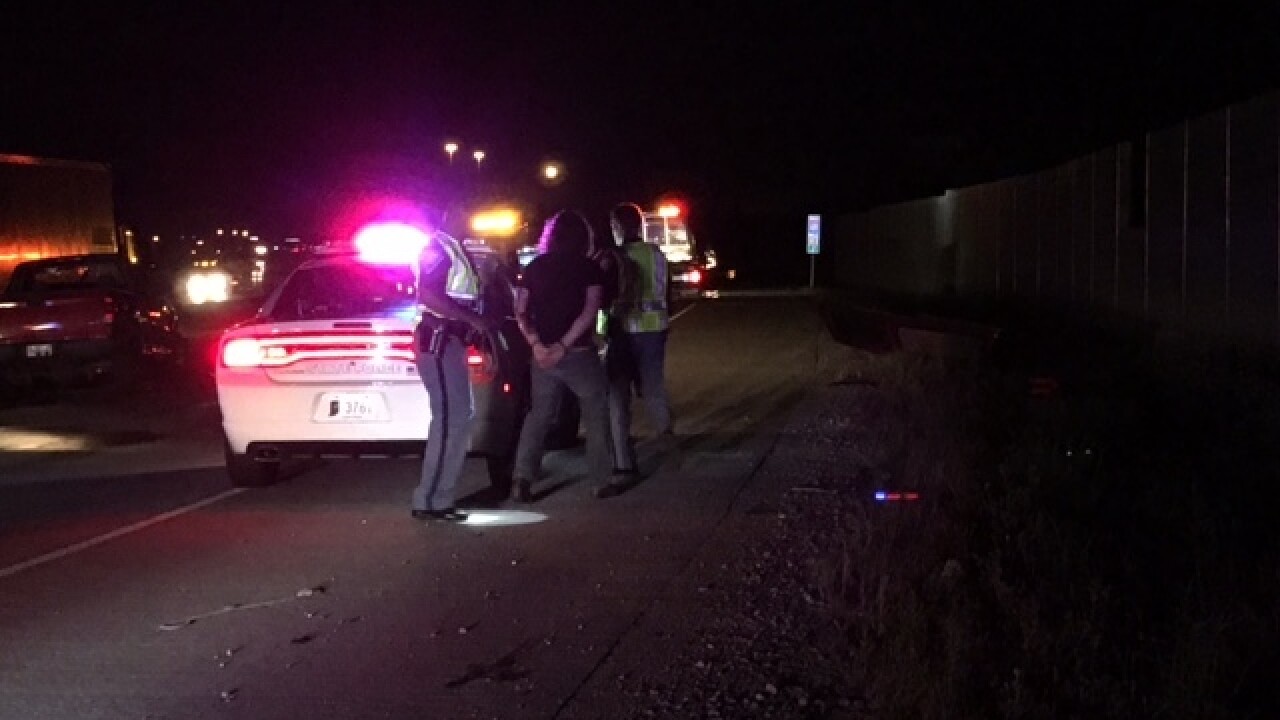 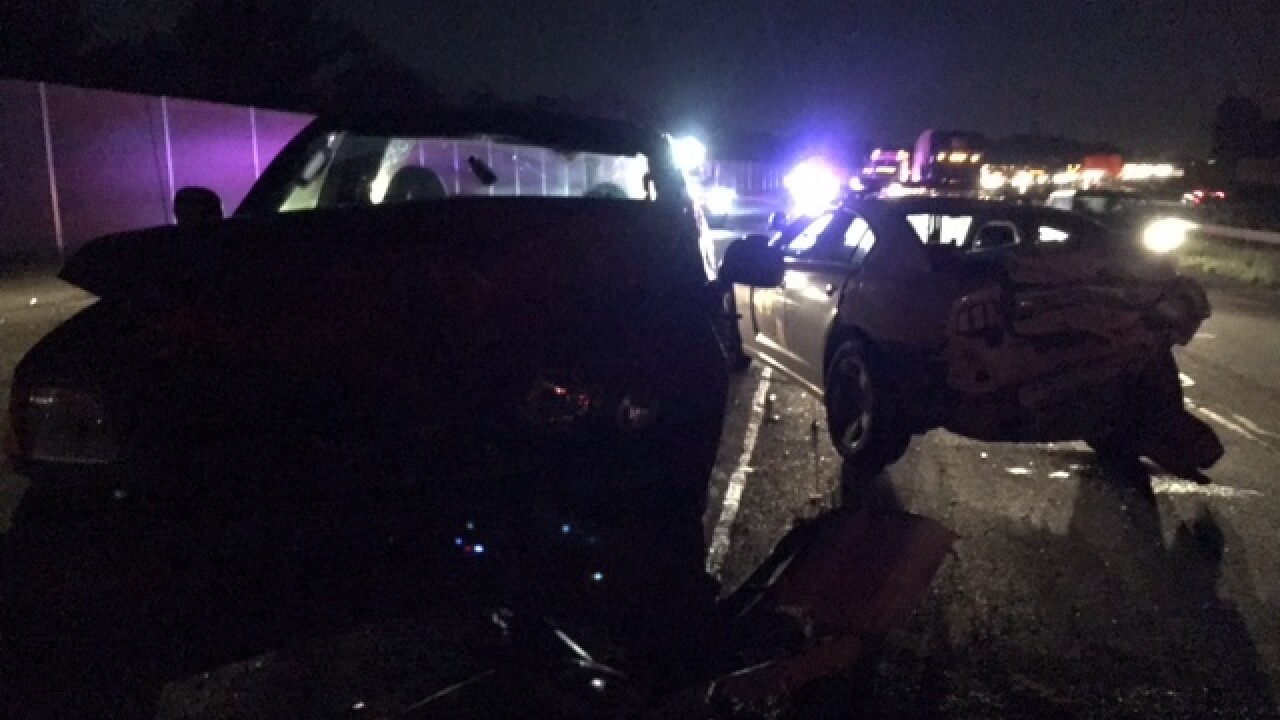 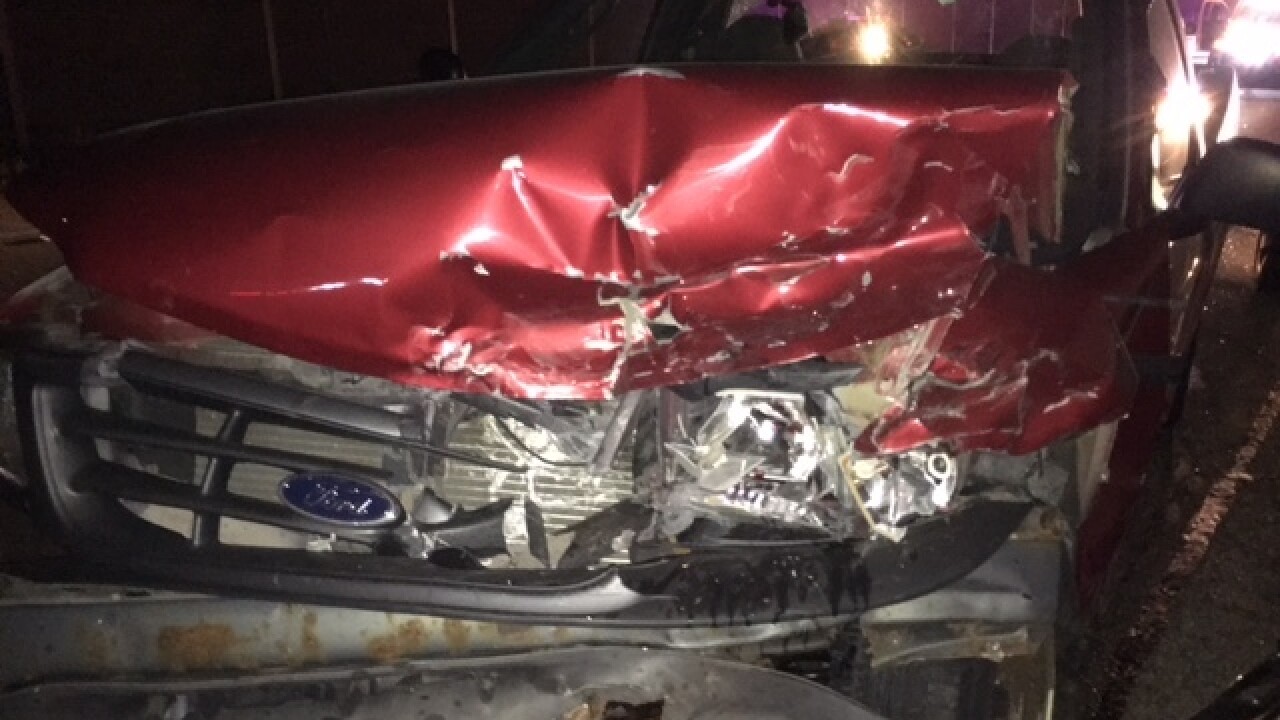 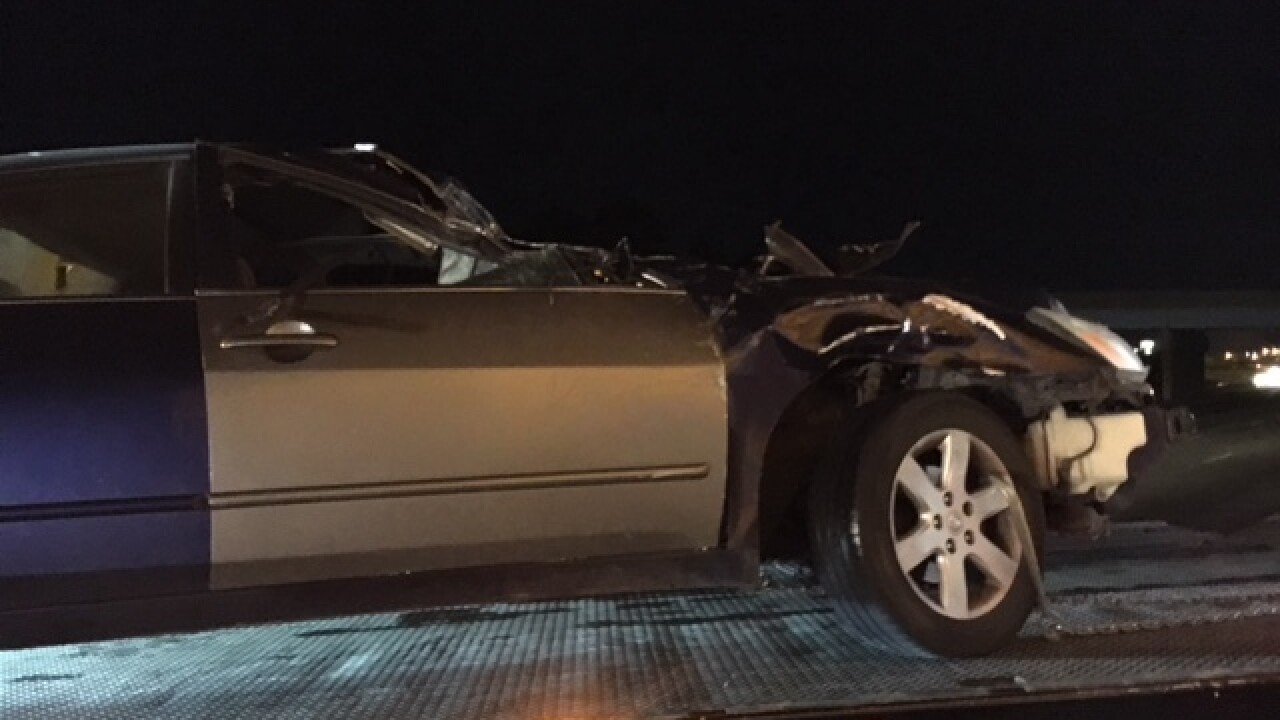 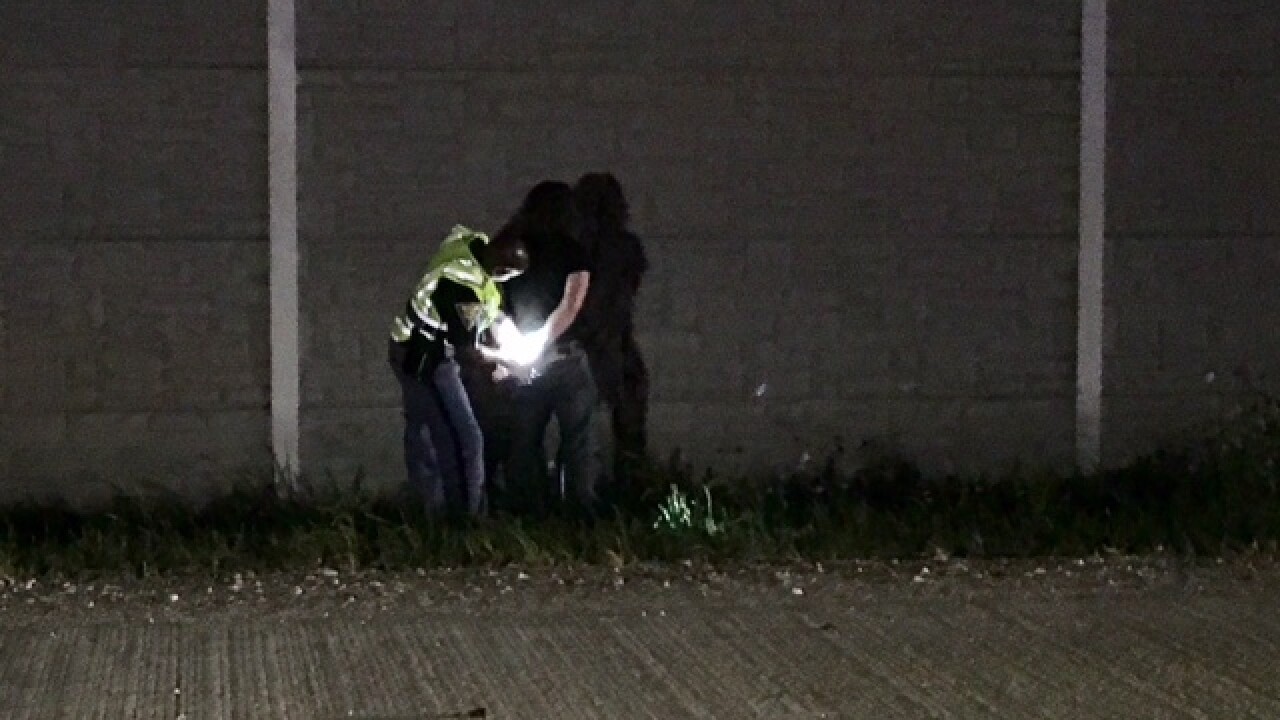 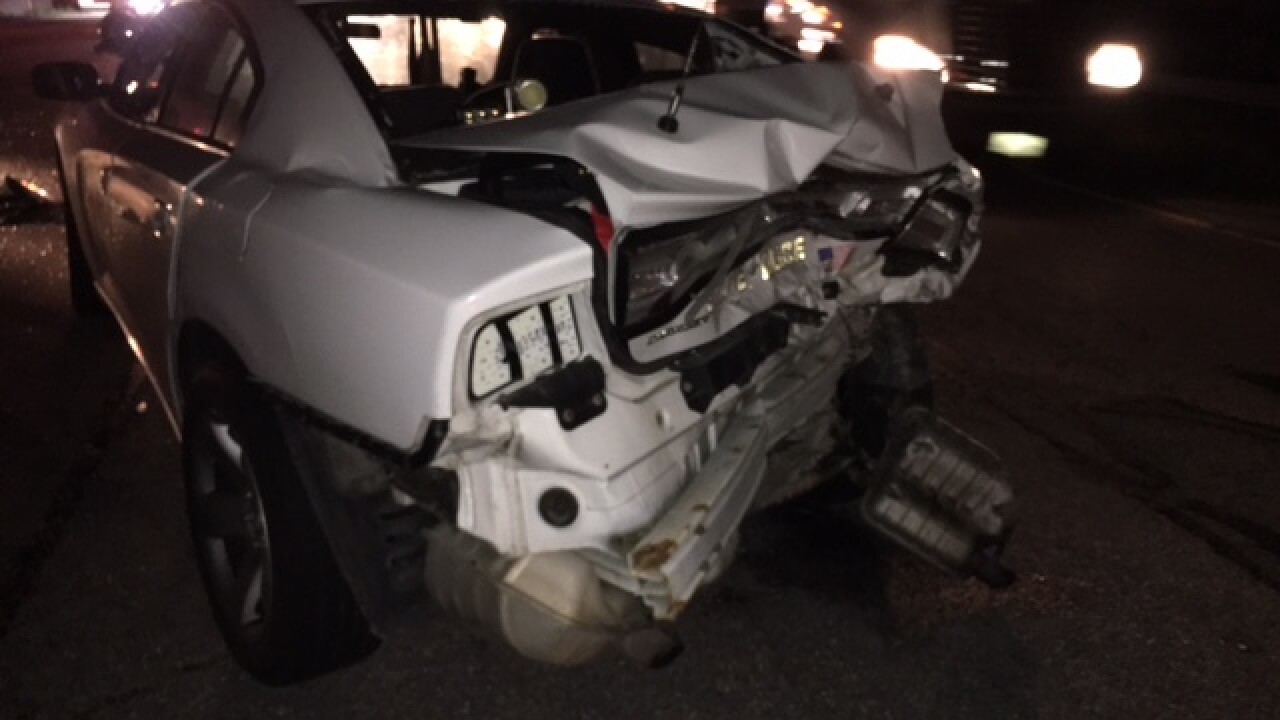 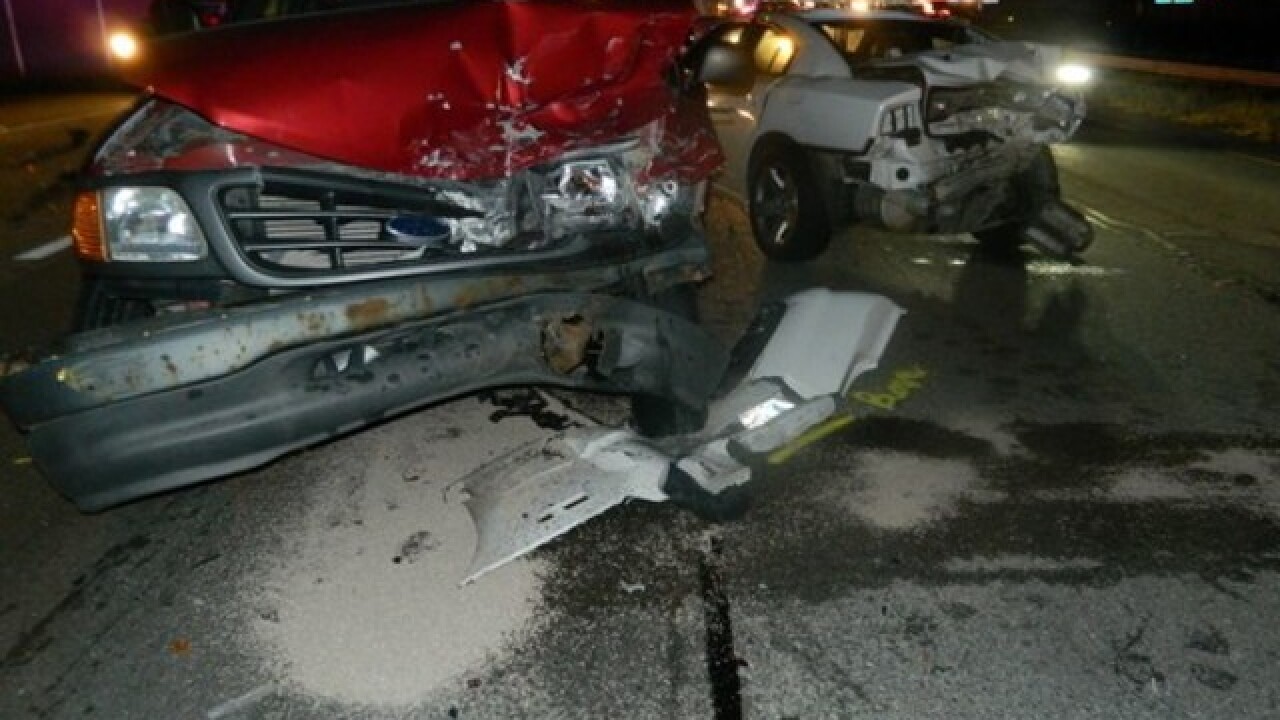 INDIANAPOLIS -- An Indiana State Police trooper was rear-ended by a suspected drunk driver while responding to a separate crash scene on Indianapolis' south side Thursday morning.

The crash happened in the southbound lanes of I-65 just before the Southport Road exit just after 3 a.m.

State police say the trooper was in his vehicle and on the scene of an unrelated crash with his lights and siren activated when his cruiser was rear-ended by a pick-up truck.

The trooper was taken to the hospital to be treated for non-life threatening injuries. He was treated and later released.

The driver of the pickup truck, Dustin Boyer, 38, was not injured in the crash but investigators believe he may have been under the influence of alcohol. He was arrested and booked into the Marion County Jail.

The crash remains under investigation by Indiana State Police.