Neighbor, passerby help save woman from burning house in Indianapolis 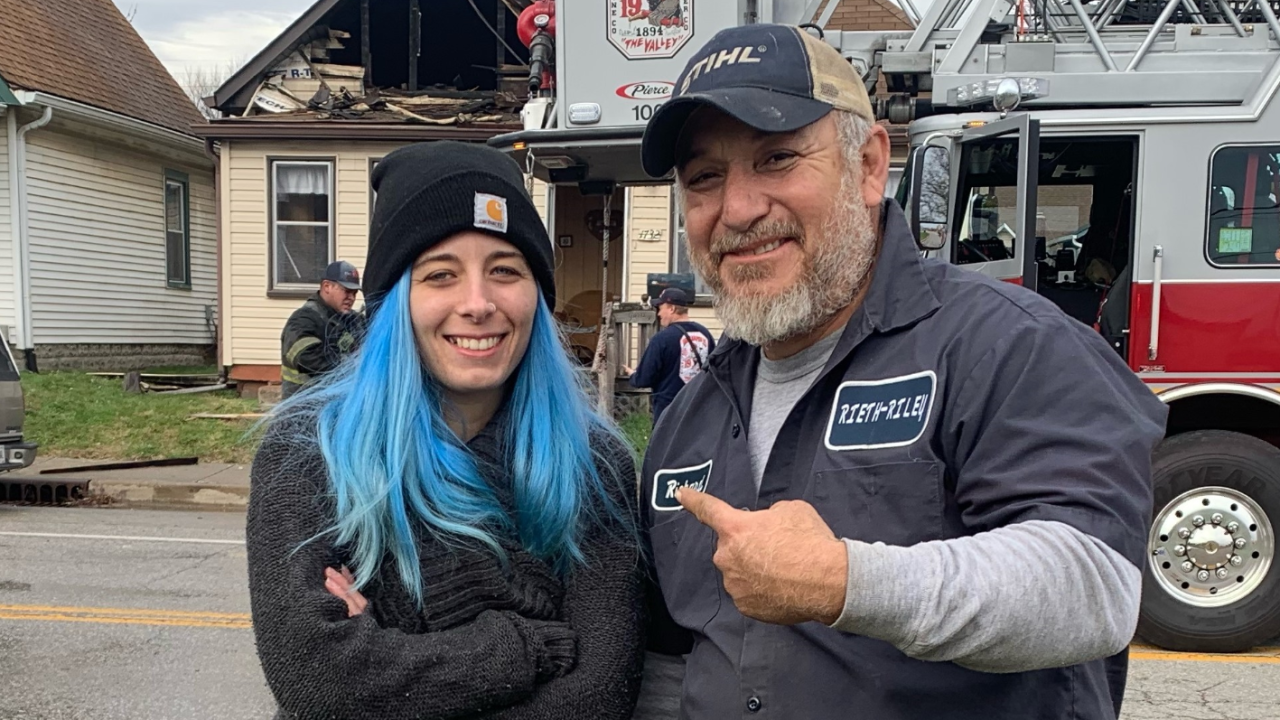 Indianapolis Fire Department/Photo Provided
Alex Kline and Richard Loredo helped save a 92-year-old woman from a burning house on Saturday, November 21, 2020. The cause of the fire remains under investigation.

INDIANAPOLIS — A construction worker and neighbor helped save a 92-year-old woman from a burning house Saturday afternoon on the southwest side of Indianapolis.

Richard Lordero was returning to a job site for Reith Riley Construction around 1:20 p.m. when he noticed smoke coming from the rear of a house in the 1700 block of West Minnesota Street. As he was running up to the door of the burning house, Alex Kline, a neighbor, heard what was going on and came outside to help.

"Sprinting toward the back of the house, Alex kicked in the door and was presented with heavy black smoke and high heat. She couldn't see a thing," Indianapolis Fire Department Battalion Chief Rita Reith said in a press release. "Without hesitation and staying low to the ground, Alex made her way toward the glow of a light and the sound of the woman's voice - yelling for help."

Kline found the woman inside and pulled her out of the house, Reith said. Kline and Lordero then carried her to a car and gave her blankets.

The woman had minor injuries and possibly inhaled smoke, Reith said. She was taken to Eskenazi Hospital.

"Alex stated she was very pleased that both she and Richard played a role in saving this woman's life and felt blessed she was in the right place at the right time," Reith said. "Firefighters on scene encouraged her to apply for the next IFD Recruit Class."

1:23 PM - An alert passerby & heroic neighbor are credited w/ saving the life of a 92 y/o female after fire breaks out in her home at 1732 W Minnesota St.🚒27 y/o Alex, kicked in the rear door & entered the zero visibility structure, finding the woman w/in a minute #WellDone Alex pic.twitter.com/063sYdG0Od