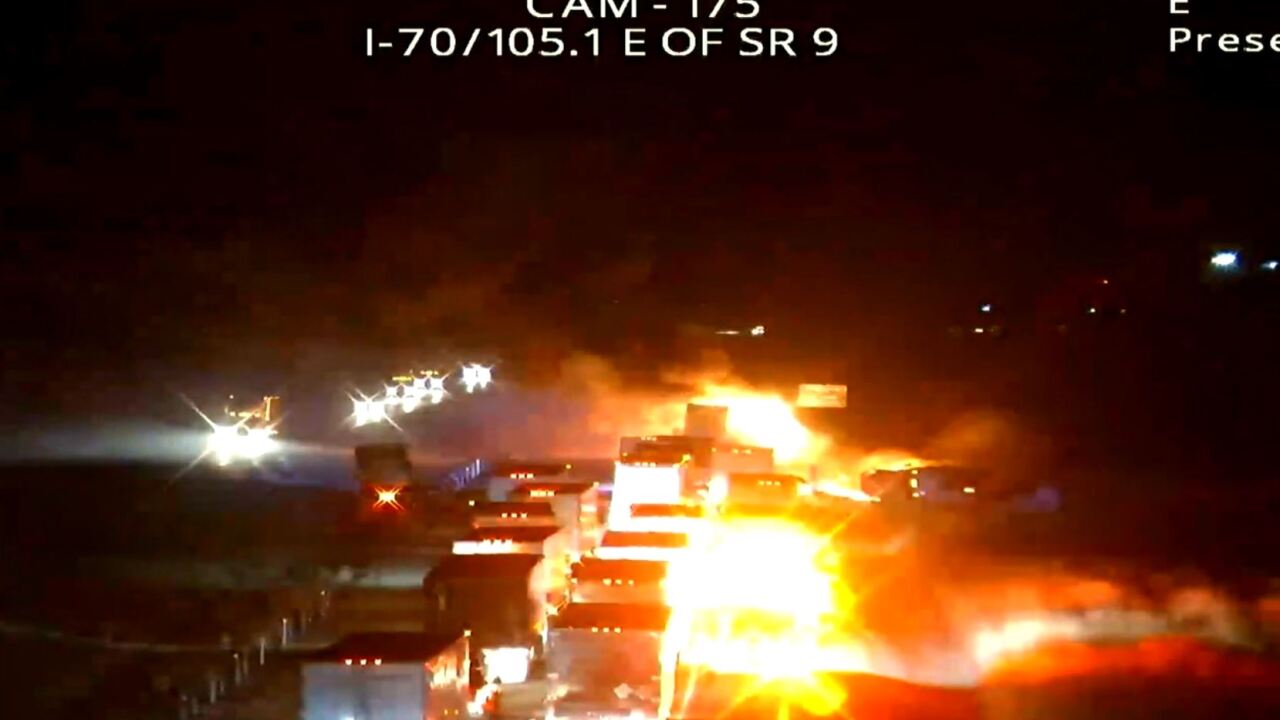 GREENFIELD — All lanes of Interstate 70 eastbound near Greenfield are closed on Wednesday evening after a crash and explosion involving several semi-trucks.

A semi-truck collided with another semi-truck stopped on the shoulder and caused an explosion and large fire, Indiana State Police Sgt. John Perrine said in a tweet. Two other semis ran off the road.

No injuries were reported, Perrine said.

All lanes are expected to remain closed for several hours, Perrine said. Traffic from I-70 will be diverted to Mt. Comfort Road.

I-70 Eastbound is closed at Mt. Comfort Rd. Traffic being diverted to U.S. 40

A semi collided with a stopped semi on the shoulder causing an explosion & large fire. Two other semis ran off the road

Miraculously there are no injuries

I-70 EB closed for several hours