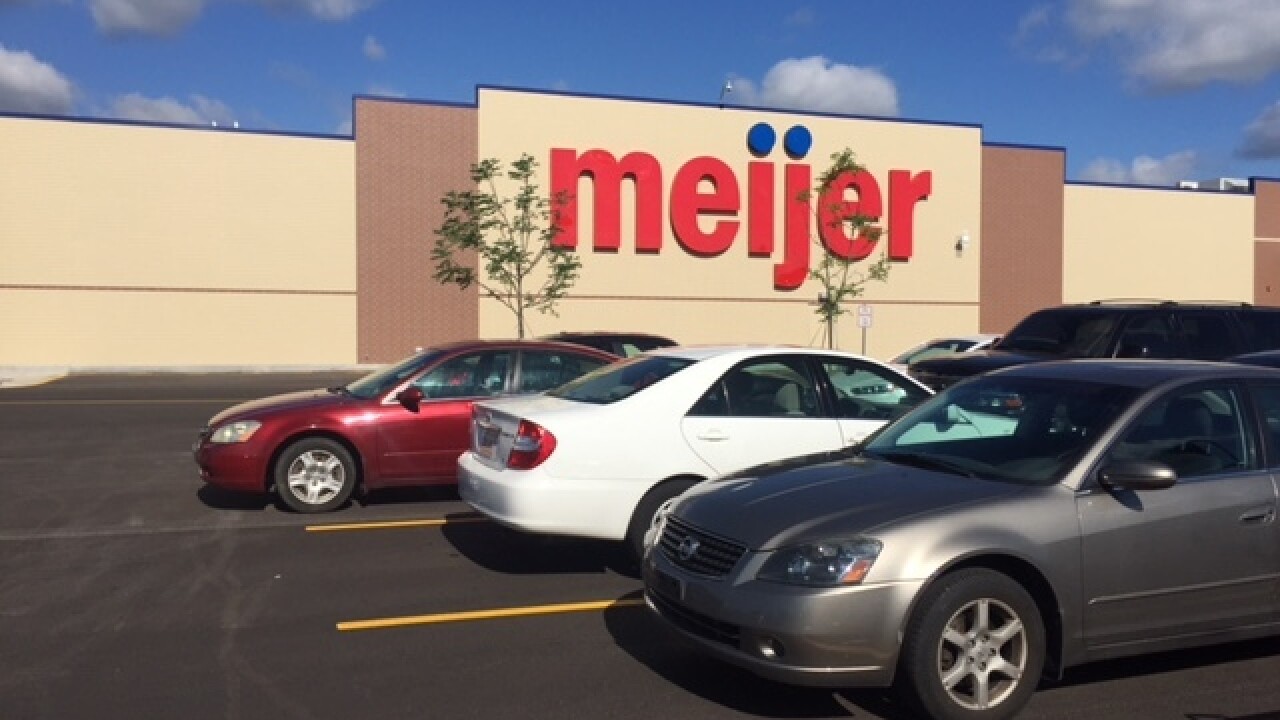 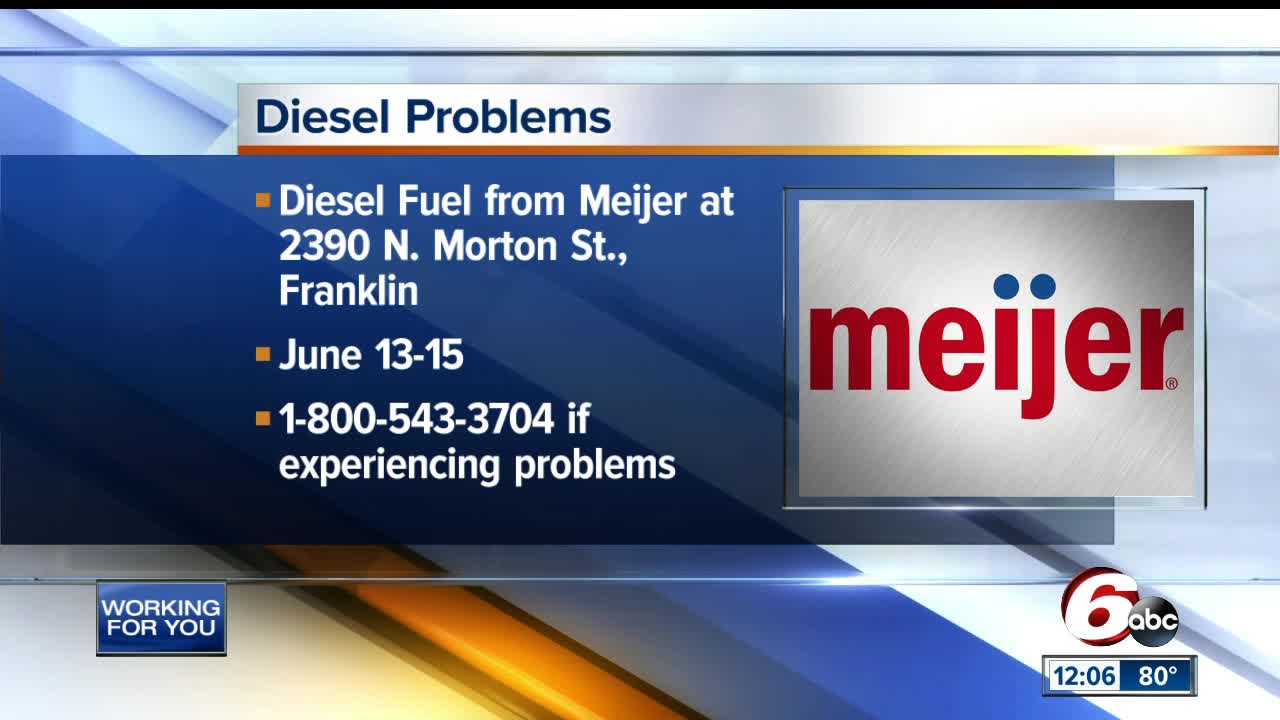 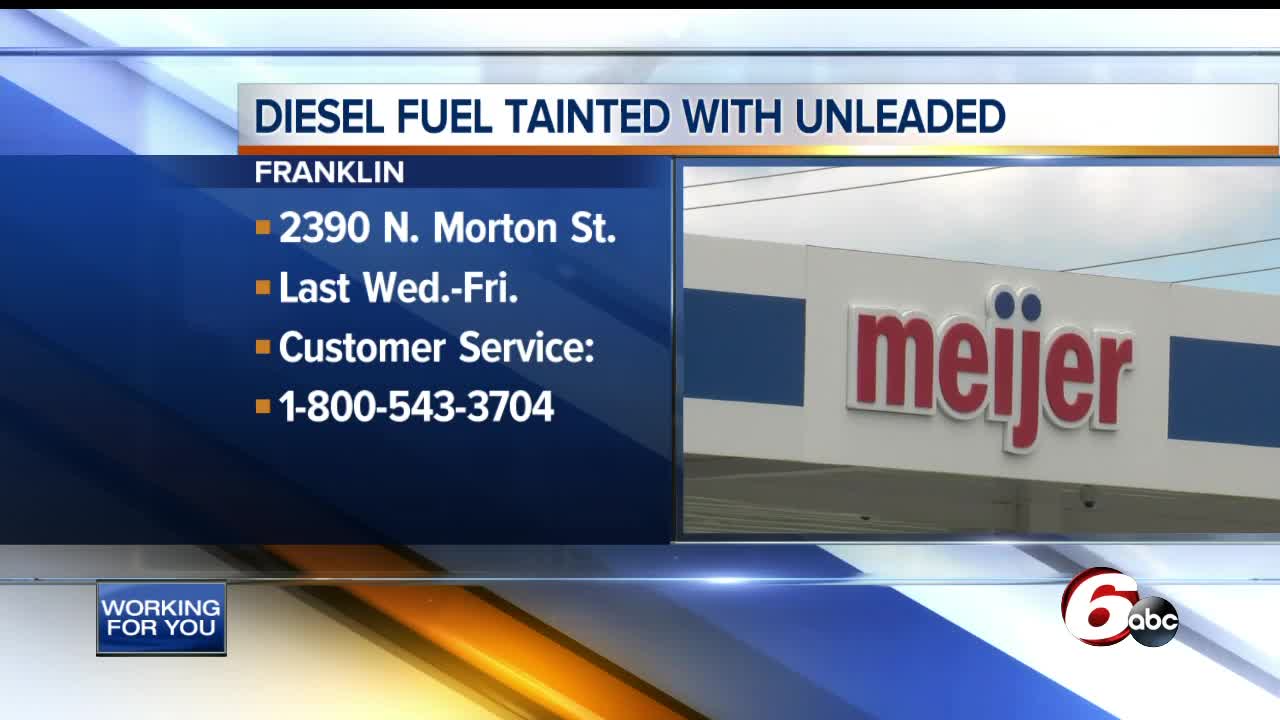 Anybody who bought diesel fuel on Wednesday, June 13 through Friday, June 15 at the Franklin Meijer at 2390 N. Morton St. should contact Meijer if they're having issues with their vehicles.

Meijer said about 50 people were affected, but anybody who thinks they could have some of the contaminated fuel should call Meijer at 1-800-543-3704.

Megan Nicole Smith is one of the people who used the bad fuel from the Meijer.

Her husband uses a 2016 Chevrolet Silverado. They had trouble getting it to start on Saturday, and it wouldn't start at all on Sunday, she said.

Meijer told Smith they would cover "reasonable repairs," but they haven't decided what action to take.

Anybody who bought unleaded premium, unleaded regular or unleaded mid-grade fuel was not impacted -- just diesel.

The unleaded fuel was introduced into diesel fuel tanks by a fuel supplier.