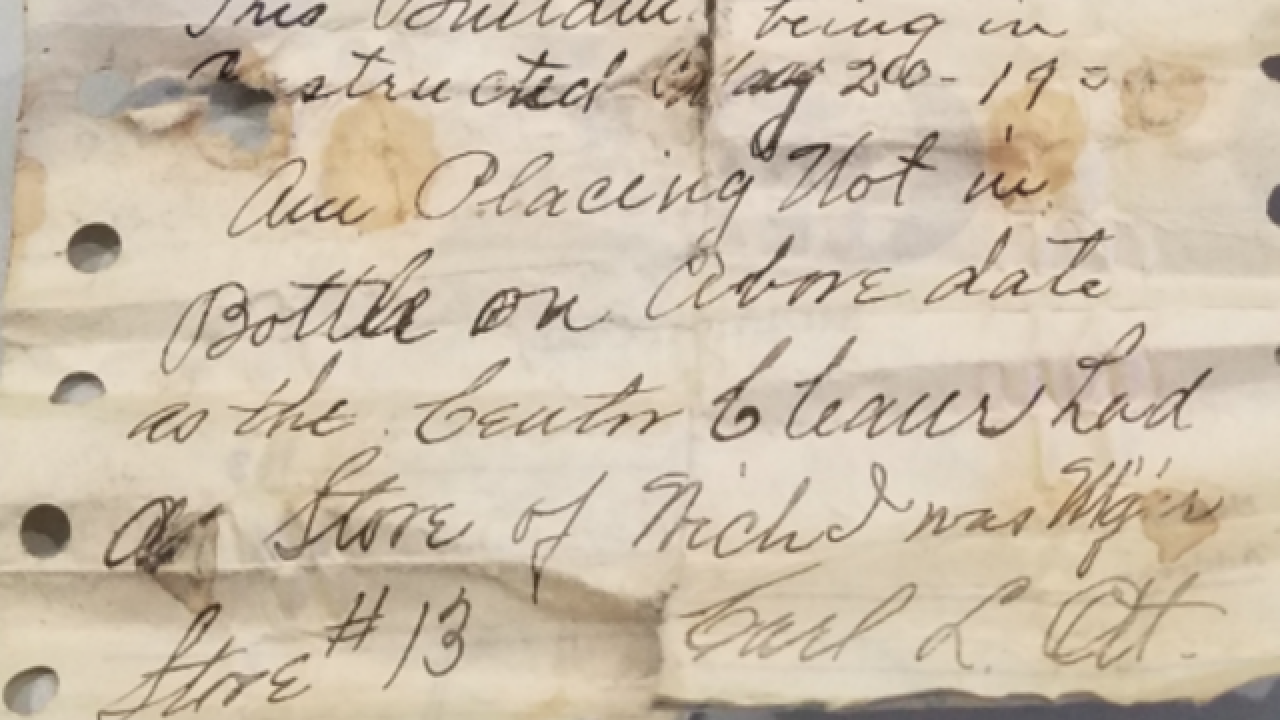 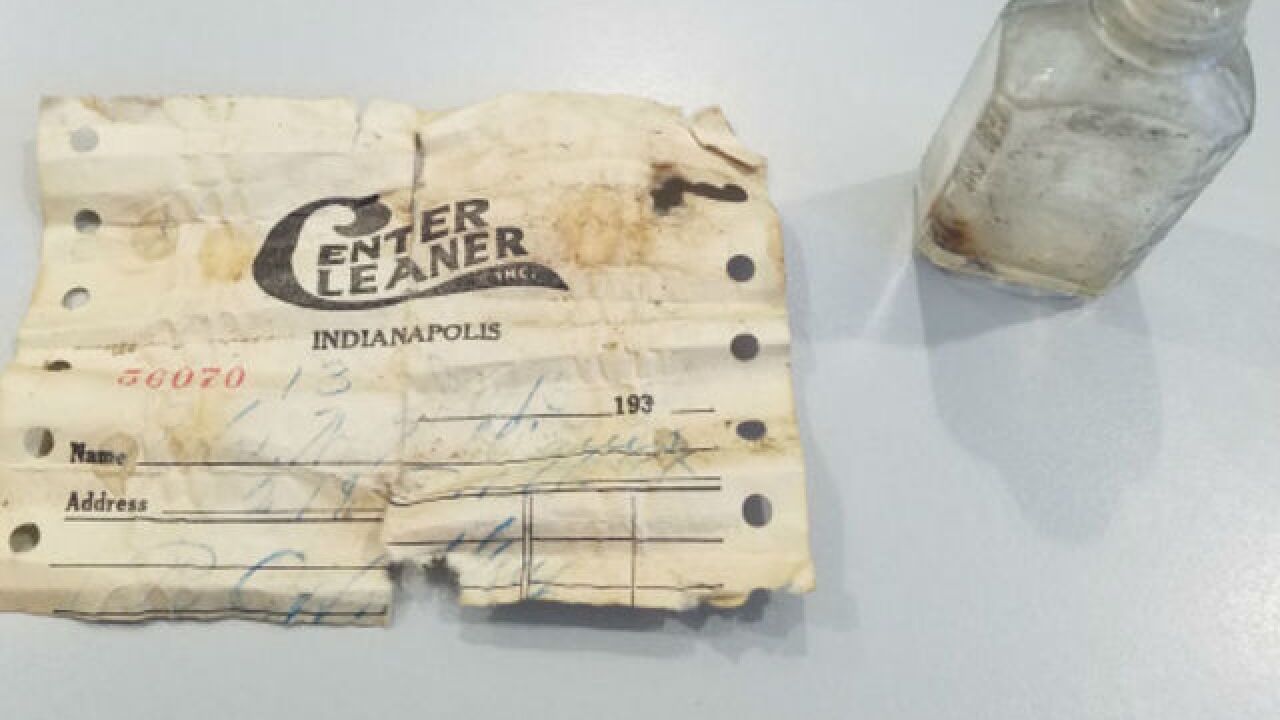 INDIANAPOLIS -- Often seen floating through the ocean in movies, with no agenda or itinerary, a message in a bottle has a certain level of mystery. There is an unmistakable drama to it.

Which is why finding one in a construction site in Indianapolis is so unbelievable, there just has to be a story there.

A construction worker for J2LR General Contractors found a bottle last week containing a piece of paper while working on a site at 10th Street and Emerson Avenue.

The paper is a work ticket for Center Cleaner, Inc. On the back -- in classic, old-timey handwriting -- reads: The worker gave it to Ashley Guerra, office administrator for the company.

Guerra reached out to Clint Buffington, who runs a blog about messages found in bottles.

In the 1910s, Ott was in his 40s living in Indianapolis. He ran for office a few times, like the City Council and state congressman, as a member of the socialist party. Buffington doesn't believe he ever won an election, which could go hand-in-hand with being a member of the Socialist Party.

"The more I dug, the more interesting it was," Buffington said.

In the early 1920s, Ott became focused on wanting Indianapolis to make better use of its street cars and rail lines.

According to the Indianapolis News on Sept. 28, 1920, Ott served on a committee that appeared before the city council about the car lines.

Ironically, Ott himself would be in the news a few years later, as he was hit by a train near the intersection of Massachusetts Avenue and Newman Street (where train tracks can still be found).

He went on to manage a Center Cleaners location at 5064 E. 10th Street, also known as the intersection of 10th Street and Emerson Avenue, where the bottle was found.

According to a 1949 article in The Indianapolis Star, Ott retired while managing the Center Cleaners. Ott died in 1956.

Buffington then tracked down one of Ott's grandchildren, who is now in her 70s, and told her about the message in a bottle and what he found out about her grandfather.

"I think she was just kind of blown away by it," Buffington said.

After some time to adjust, Margaret opened up about who he was.

“We spent a lot of time in the summers playing euchre with him, and pinochle, and listening to baseball games on an old fashioned radio that looked like a TV set,” Margaret told Buffington,

Guerra is trying to set up a meeting between Ott's future generations and the current building owners, to share stories about the area and discuss the message preserved for more than 80 years.

Buffington simply had to share Ott's story after learning so much about him.

In the end, I guess the “message” from this bottle is pretty darn simple, for me: Be more like Carl. Be kinder, be braver, be more loving, more hard-working. Stick up for the vulnerable. And, once in a while, just relax and play some card games. If you’ve lived like Carl, then by God, you’ve earned it!