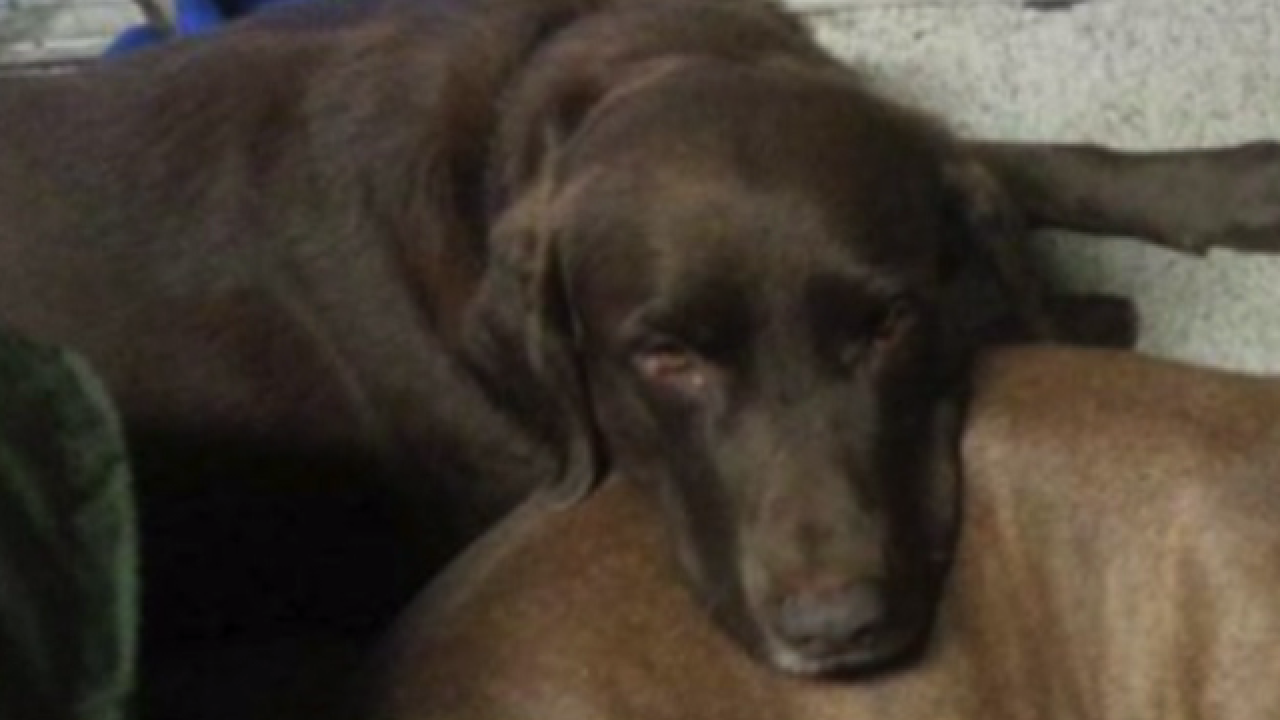 ANDERSON, Ind. – Three paws of an Anderson family dog were ripped off, and owners are desperately searching for the person responsible.

Charlie had to be put down after Gale said someone removed a section of fencing, took the dog from his backyard and cut off three of his paws before returning him to the property.

“Horrible. I don't know who would do that to an animal,” she said. "There's a big puddle of blood outside of the bedroom door.”

Charlie lost a lot of blood following the incident, and managed to crawl through the backyard before resting near the home’s back door.

Anderson police said not only are they looking into the incident involving the Gale family dog, they’re following tips regarding other animals – including a decapitated dog found near railroad tracks.

“We're going to follow the evidence in this,” said Maj. Joel Sandefur with the Anderson Police Department. “If the evidence suggests this animal was willfully injured, we will investigate that. But if it suggests that something else might have happened, then we will follow that.”

Gale said she wants the community to be on the lookout for anyone causing her family’s heartache so it doesn’t happen to others.

“I lived here and Charlie runs, jumps on my bed, cuddles up with me,” said Gale. “You know, it's hard. One less four-legged friend walking around.”

Officers said they are waiting on necropsy reports from veterinarians at Purdue, so they can be clear as to whether a human intentionally hurt Charlie.

This information was already confirmed to the family, Gale said.

“We have an obligation as a police department to make sure the facts are investigated properly and that the city is not in a panic that someone is out there mutilating pets,” said Sandefur.